Traffic near the venue

The City says several steps have been taken to improve traffic in the area, including opening Heritage Road from Olympic to Main and adding stop signs to several roads in the area.

The city says there are also alternative routes to the amphitheatre.

Despite the changes, City officials say residents in the area should be aware that traffic is normally heavy from 4 p.m. to 1 a.m. prior to and following concerts.

The Image below is the latest Google image of the amphitheatre. Click on the image below to explore the map. 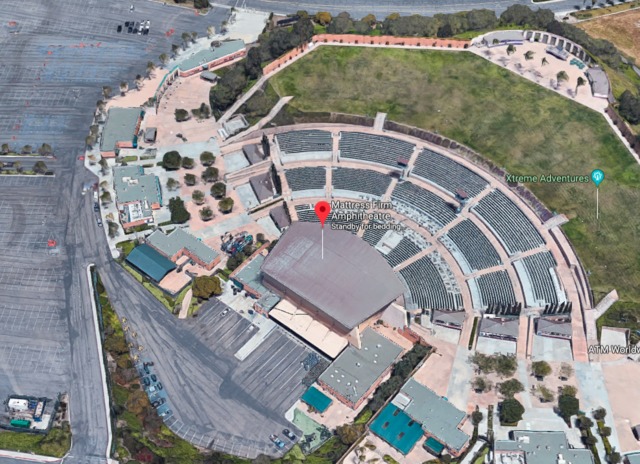 Noise near the amphitheatre

For residents in the area concerned about noise, the city does have an 11 p.m. noise ordinance. The city confirmed that all concerts are scheduled to end by 11 p.m.

If you’re going to one of the concerts and trying to cut back on time spent in traffic, Live Nation recommends allowing ample travel time, utilizing carpool lanes and planning to arrive at or before general gate open time.

The concert season kicks off May 4 with a variety of music genres from rock and hip-hop to country and heavy metal.

The season begins Friday with Latin singer Luis Miguel. A crowd of 15,000 is expected to attend the event.

Other concerts this year include Lynyrd Skynyrd May 19, Paramore July 19, Chris Brown August 3 and Weezer August 11.

Mattress Firm Amphitheatre has a list of items published online that are allowed and not allowed inside the venue during any given concert. Patrons are allowed to bring in:

Patrons are not allowed to bring in:

On any given concert, there may be other items allowed inside. Those going to the show can find out the day prior to the show what special items they are allowed to bring, which could include any cosmetics or accessories designed to go with a particular show.

History of the amphitheatre

The amphitheatre is built on 72 acres that were once open fields and a dairy farm. Before being built into the amphitheatre, the land was developed into an industrial park.

The amphitheatre was opened in 1998 as the Coors Amphitheatre and sold out when it hosted the Spice Girls a month later.

In April 2008, the name of the venue was changed to the Cricket Wireless Amphitheatre after naming rights were purchased by the company.

The naming rights were sold once again to Mattress Firm in 2013 when the venue became known as the Sleep Train Amphitheatre.

We've created a map for those who need help finding the amphitheatre. Check out the map below: