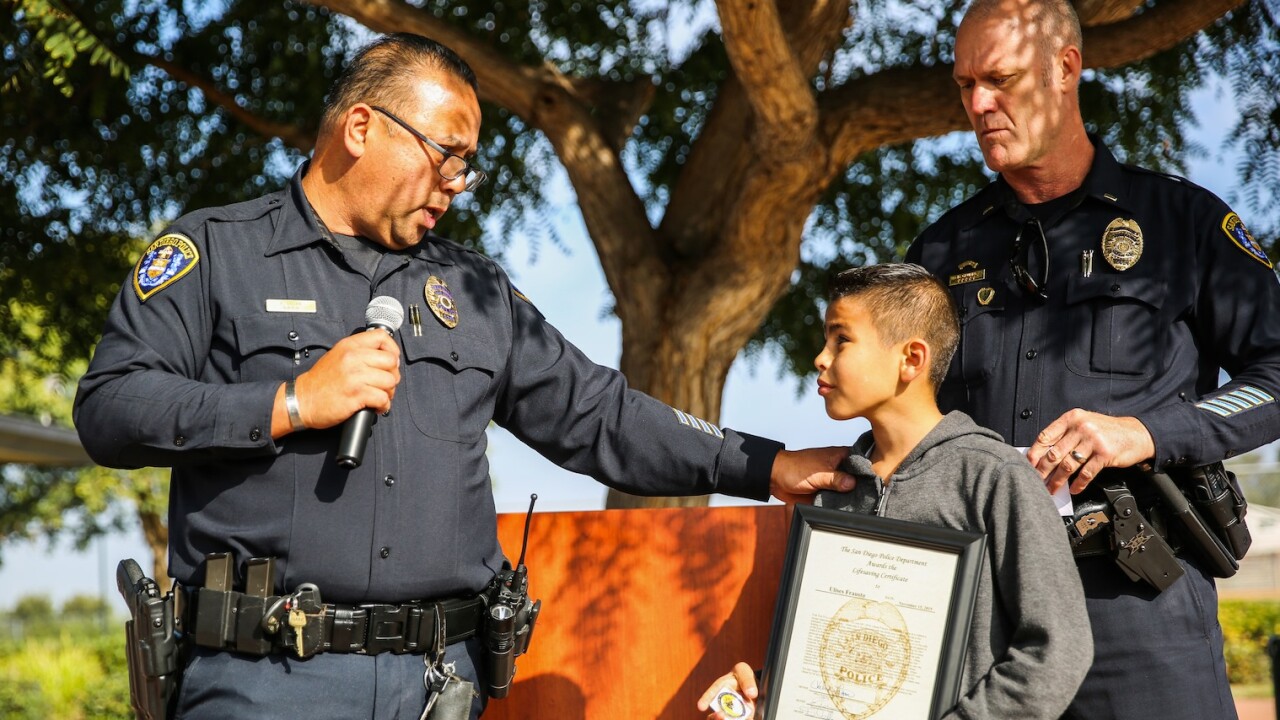 SAN DIEGO (KGTV) — San Diego Police Saturday honored a local boy who risked his life to save his younger brother from drowning.

Police say 10-year-old Ulises Frausto and his 7-year-old brother did not know how to swim when they were in a pool together. The brothers were holding onto the side of the pool when Frausto's brother lost his grip and sunk to the bottom.

Despite not knowing how to swim, police say Frausto put his life on the line, swimming to the bottom of the pool to rescue his little brother. In the process of helping his brother, Frausto ended up using all his energy and sinking to the bottom himself, where he lost consciousness.

But Frausto's brother was able to call for help. He was not breathing when rescuers pulled him out.

SDPD officers honored Frausto with a lifesaving certificate and a special challenge coin, which is traditionally given to recognize outstanding acts of service or to enhance morale. Officers also chipped in and gave Frausto a $300 Target gift card.