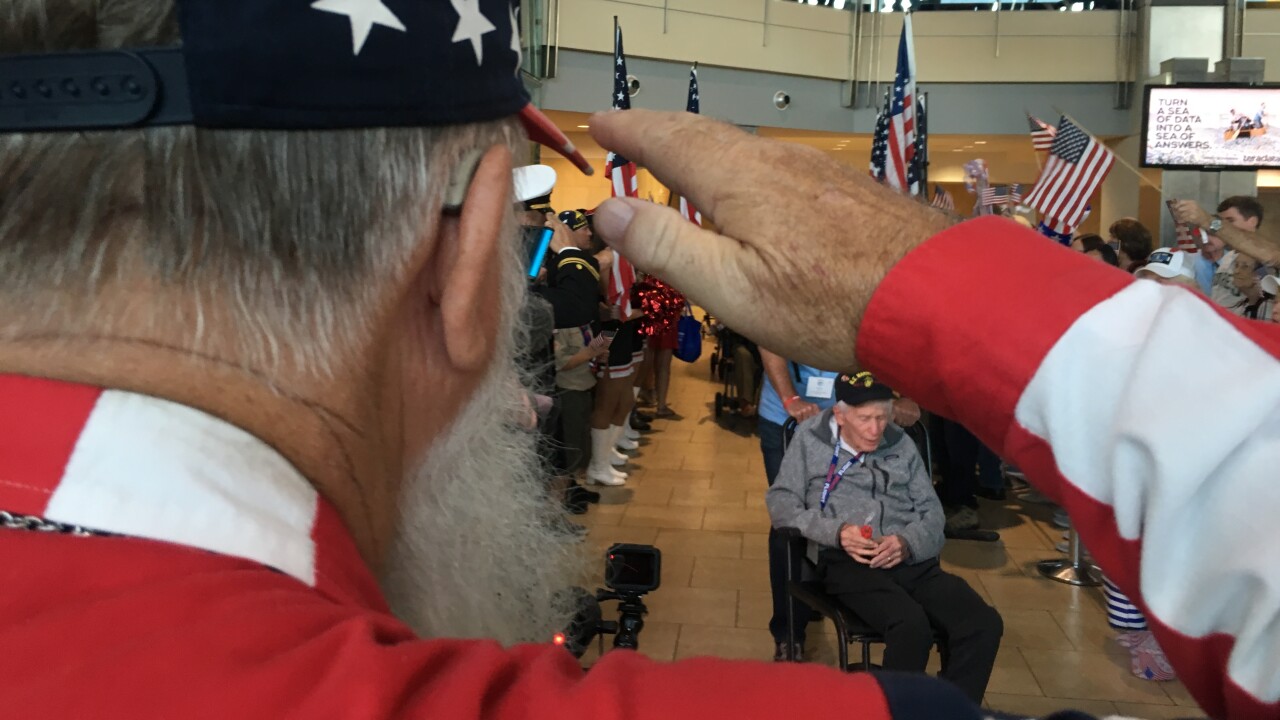 SAN DIEGO (CNS) - The San Diego Downtown Rotary Breakfast Club will donate $35,000 Wednesday to Honor Flight San Diego, an organization that flies World War II and Korean War veterans to Washington, D.C., to visit the memorials dedicated to the conflicts in which they fought.

The donation will be used to cover air fare for the organization's next excursion, scheduled for May 2020. The cost for each veteran for the three- day trip is roughly $2,500 and is covered through donations to Honor Flight as well as fundraising events like the rotary club's annual Golf for Heroes tournament.

The San Diego Downtown Rotary Club raised the money at the most recent tournament through a silent auction. According to the organization, the USS Midway Foundation also contributed $10,000 to the donation total. The tournament has generated more than $160,000 since 2005.

Honor Flights usually occur twice a year, in the spring and the fall, with priority given to the country's oldest veterans and veterans with terminal medical conditions. Honor Flight has flown more than 1,400 Southern California veterans to the nation's capital since 2010.

Dave Ferguson, a member of the rotary club's military affairs board of directors, will present the check to Honor Flight San Diego founder Dave Smith during a ceremony at Tuna Harbor Park, according to the club. Joe Renteria, a 103-year-old World War II veteran who went on his Honor Flight in 2010 at age 100, is also expected to attend.