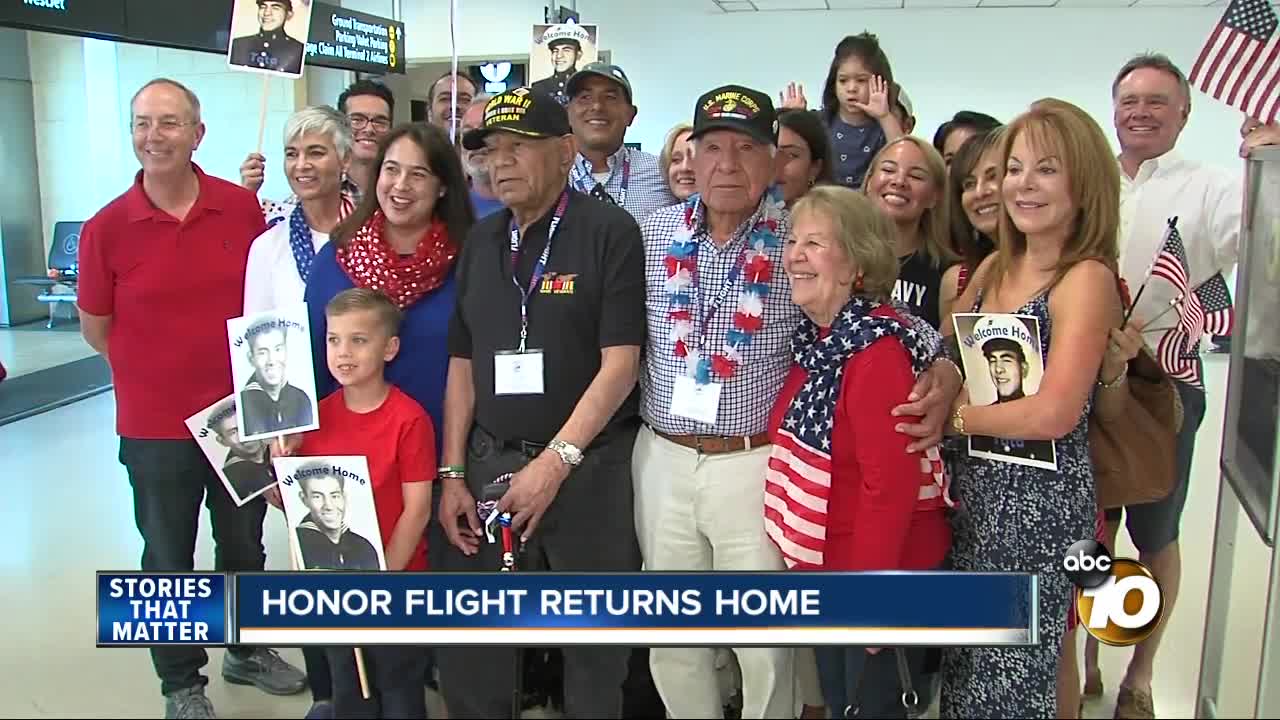 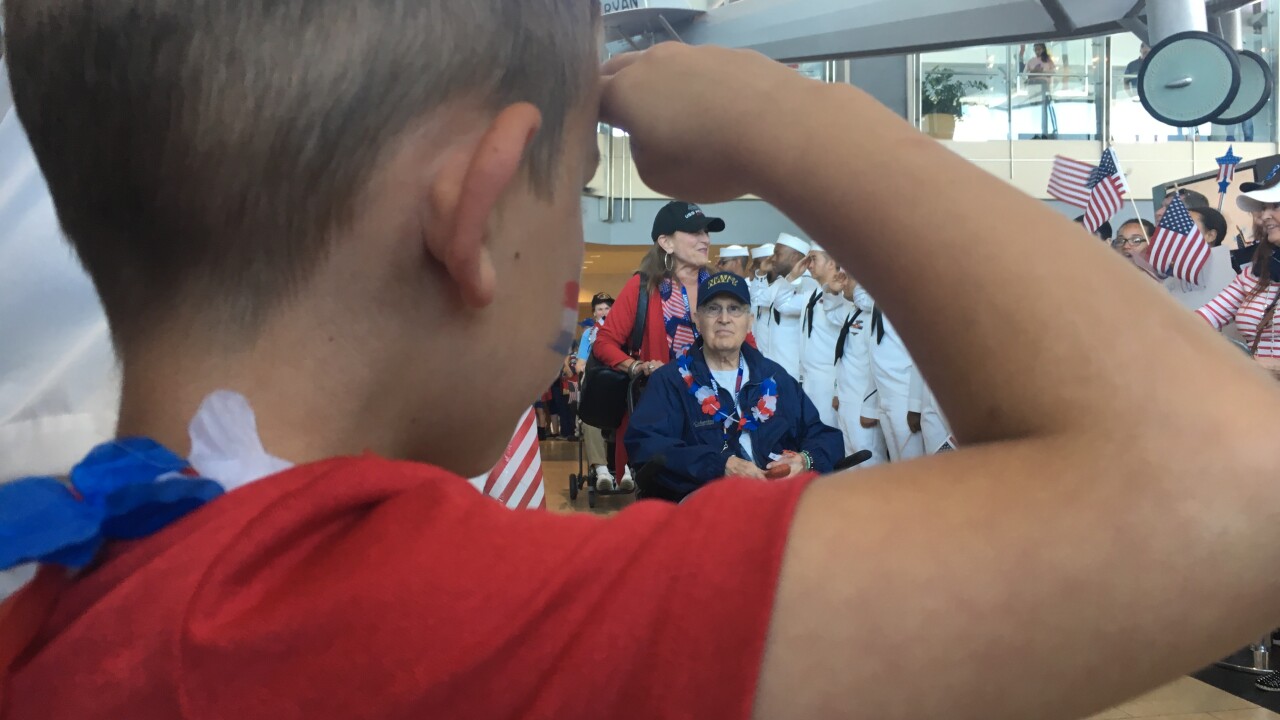 SAN DIEGO (KGTV)— Hundreds of family and friends welcomed dozens of Honor Flight veterans and their escorts back to San Diego International Airport.

Marine Corps veteran Berto Huerta is one of 80 WWII and Korean War Veterans to return from the trip of their lives. The 87-year-old was part of the all-expenses-paid Honor Flight — a three-day tour of military memorials in Washington, DC. He made the trip with his older brother, 93-year-old Navy veteran, Andres Huerta.

“The best part of it was the changing of the guard,” Andres Huerta said. “There was a beautiful sermon and it just beautiful. Isn't that right?”

“It was unbelievable,” Berto Huerta replied.

It was unbelievable to think that seven decades ago, the brothers served the country in their teens.

“The Iwo Jima memorial, I realized that this is what it's all about. What freedom's all about,” Berto Huerta said. “People don't realize how much pain goes to it, but that was the most wonderful feeling I had in my whole life."

The Huerta said they were fortunate. Not only did they survive the wars, but they were chosen for this trip. That is why they dedicate their journey to DC to their brothers who never got the chance.

“Some didn't make it. Some were lucky, like me and him,” Andres Huerta said, pointing at his brother. “We were lucky.”

“So they can rest in peace, knowing they are being honored, even though they're not here with us,” Berto Huerta said.

To the veterans who may feel like their contribution to the country was a thing of the past, the brothers remind you that you are not forgotten.