A handful of Downtown Disney businesses closed as part of Disneyland's plans for the luxury hotel that would have been built in the district's west end.

AMC 12 Theatres, Rainforest Cafe, ESPN Zone, Earl of Sandwich, Alamo Rent-a-Car, and the west-end Starbucks were all closed to make room for the hotel.

A Disney spokesperson told 10News that Earl of Sandwich had reopened as of Oct. 1.

Despite this, the future of the businesses is uncertain, the spokesperson noted, "Downtown Disney continually changes and new and exciting things are always happening. With this recent change, our team is working with the Imagineers on several different exciting options for the West end of the district."

They did not say whether those businesses would reopen with the hotel project canceled. 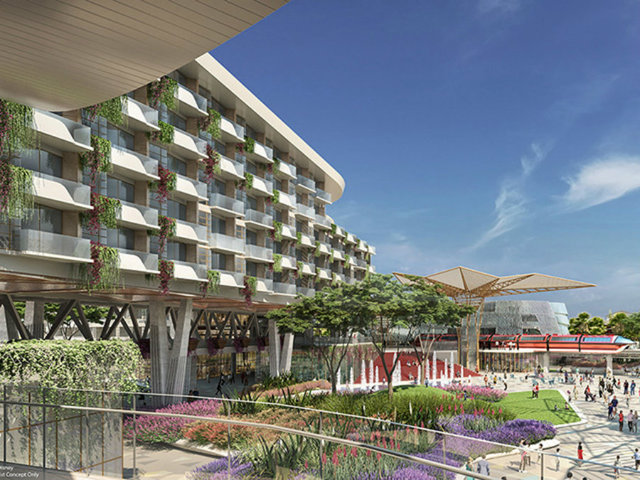 The Anaheim City Council voted to cancel tax-incentive for the project in August, citing changes to the project, including a new location. City officials said they were worried the new location would shutter businesses and cost jobs.

Disney officials denied making substantive changes and said the shift in location was minor and still in the same general area.

RELATED: Disneyland agrees to pay its workers $15 an hour

Disney spokeswoman Lisa Haines told the Los Angeles Times the cancellation of the project "is disappointing for many, the conditions and agreements that stimulated this investment in Anaheim no longer exist and we must therefore adjust our long-term investment strategy."

Construction was set to begin this summer, with the hotel opening in 2021.