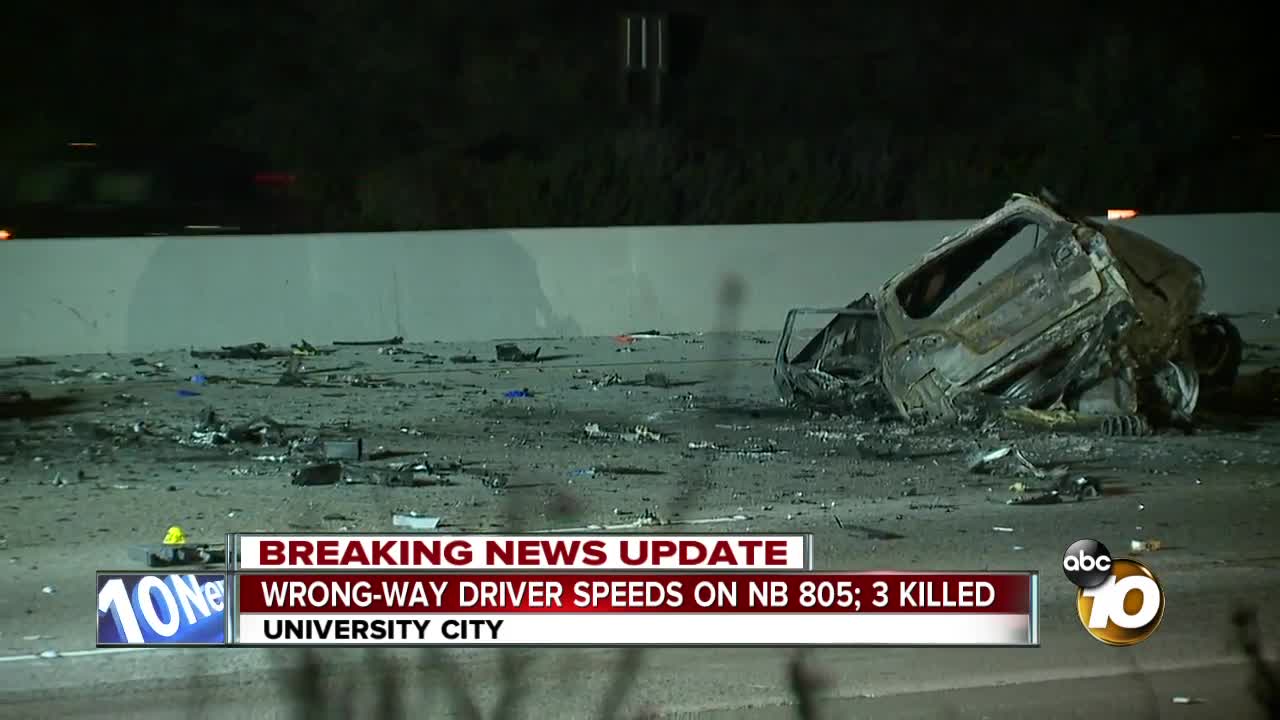 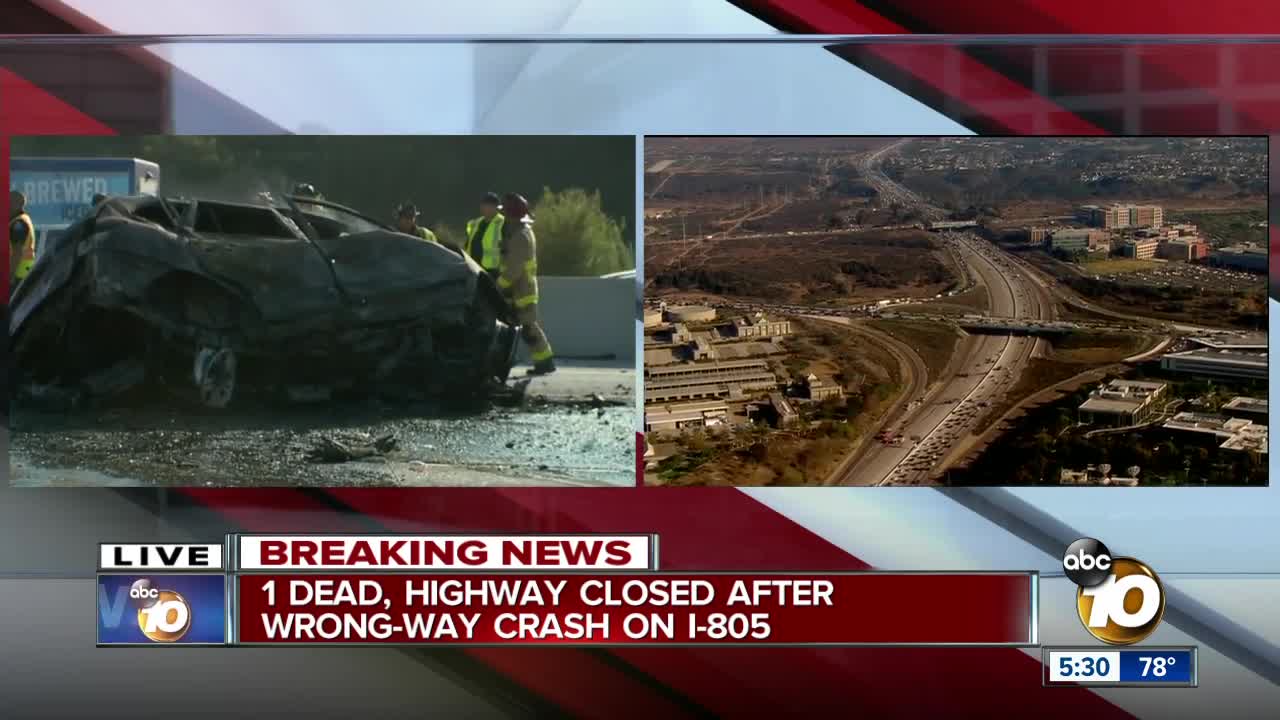 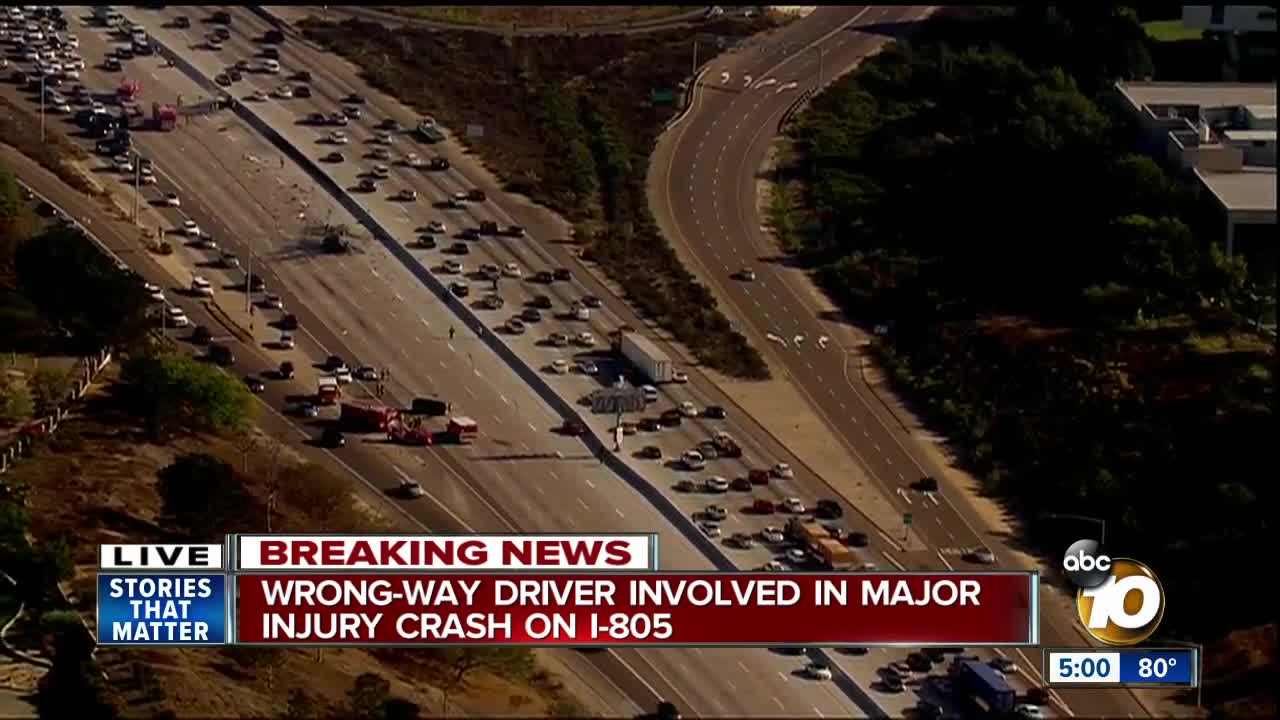 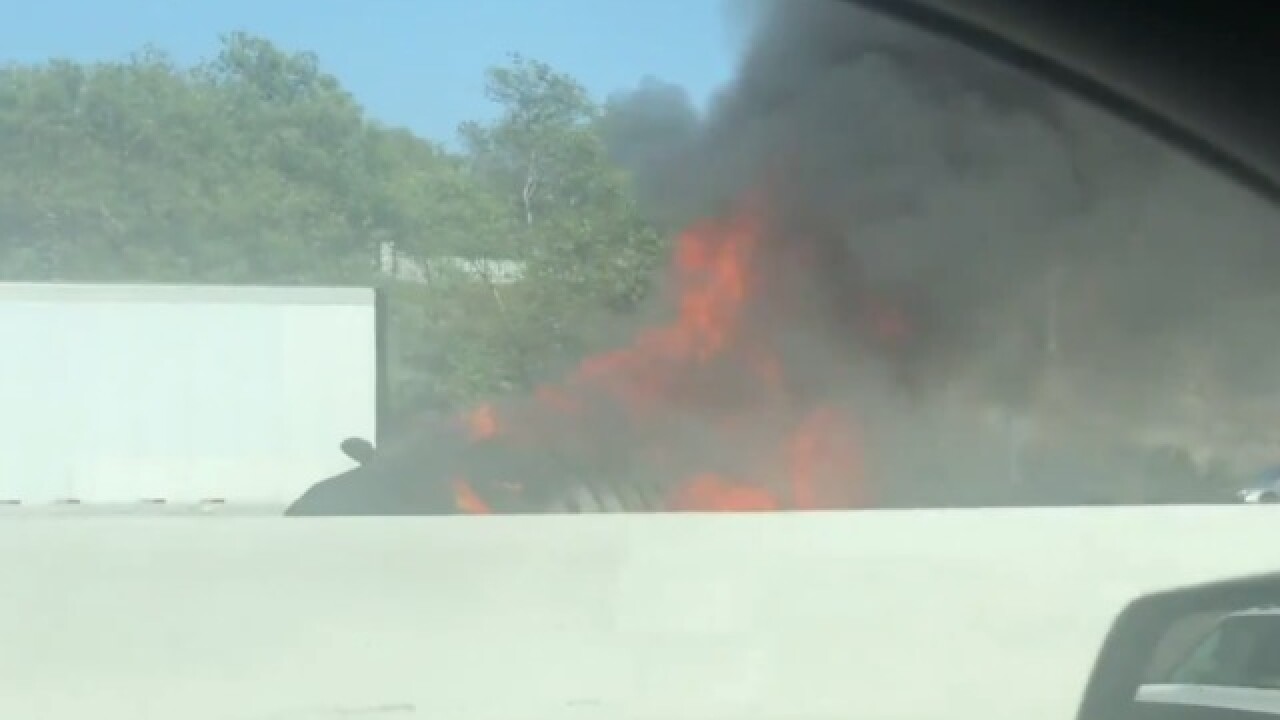 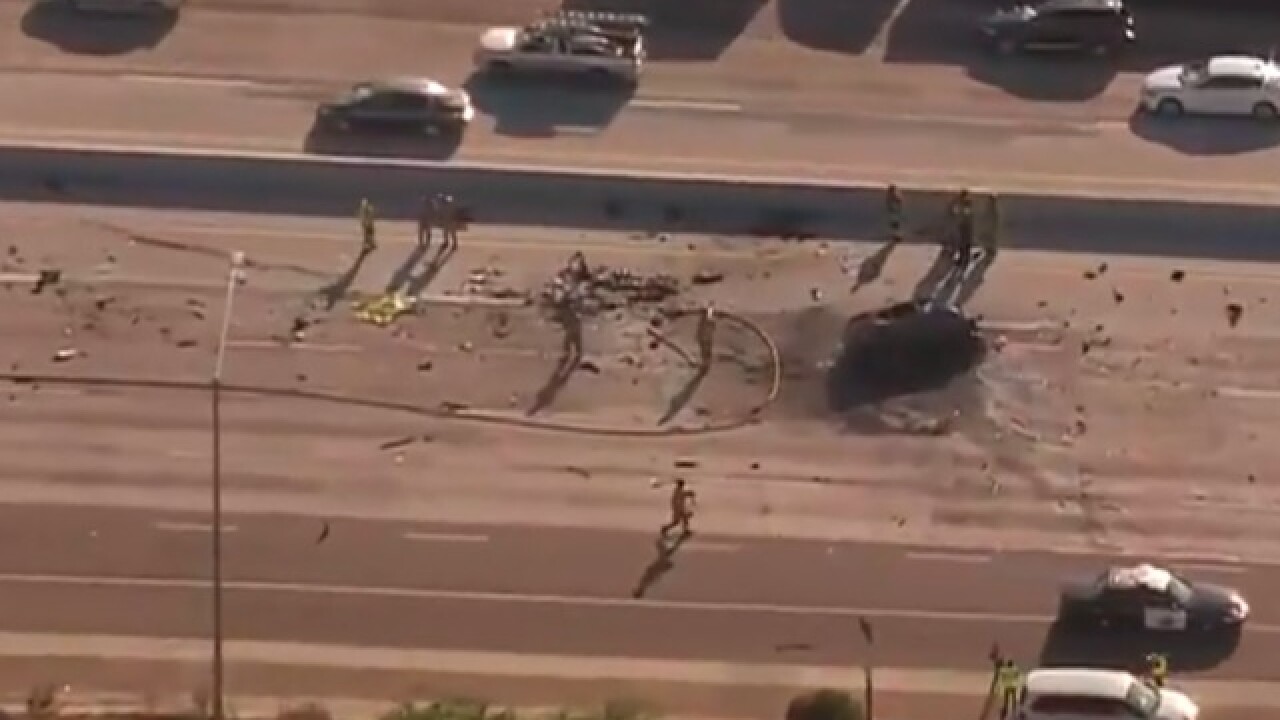 The California Highway Patrol says the crash happened in the northbound lanes of I-805 at Miramar Road around 4:30 p.m.

According to CHP, the crash happened after a wrong-way driver drove onto the road at a high rate of speed.

"Through the investigation, we will try to determined where this individual, if they got on the freeway the wrong way, where they got on," CHP Officer, Jake Sanchez said.

Hector Puga was on his way to Los Angeles when the car in front of him combusted. He somehow managed to escape the crash and flames.

"All I can do is hold onto the steering wheel and run over everything that exploded," Puga said. He escaped with just a flat tire and broken windshield.

10News also spoke to a pair of sisters who had just finished up a fun day of shopping at UTC Mall when hopped into their car. Minutes later, they endured a near-death experience.

"It was like a scene from a movie," she said. "All the cars were stopping. There was smoke. Fire. Loud noise. As soon as I look up in front of me, that car other there was flying and tumbling down the freeway."

They said the driver of the flipped over SUV managed to crawl out of the car.  The survivors carried him to the shoulder, where an ambulance later picked him up. CHP said he endured broken bones, but is expected to recover.

All lanes on the interstate were closed for several hours following the crash. Click here for traffic updates.

Though it remains unclear if police are investigating the scene as connected to the incident on I-805, Thursday night police investigated a scene at Ashley Falls Elementary School in Carmel Valley.

That's where a car rammed a campus gate, according to police. Students tell 10News the driver of a sports car tried to drive onto the soccer field before peeling out of the parking lot.

10News asked the CHP and SDPD whether the cases are connected, but have not gotten confirmation.

Watch live video from the I-805 scene below: