The unit will work closely with police, deputies, the Department of Animal Services and the San Diego Humane Society.

Officials say that the link between violence to people and violence to animals is well-documented.

“The creation of the Animal Cruelty Unit is an important step in holding people accountable for their actions,” said Dan DeSousa, Director of the County of San Diego Department of Animal Services. 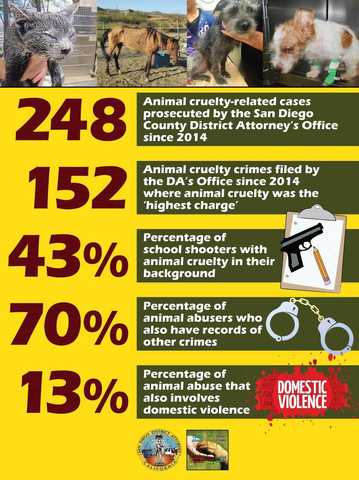