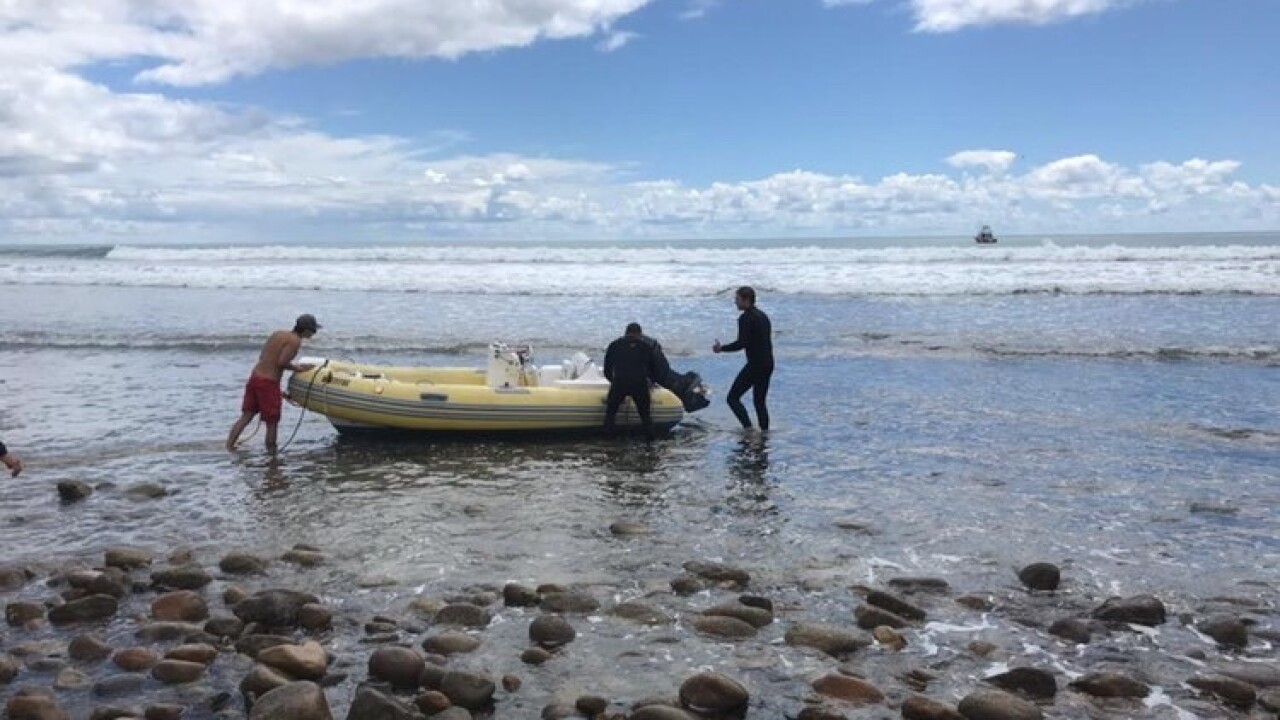 Copyright 2020 Scripps Media, Inc. All rights reserved. This material may not be published, broadcast, rewritten, or redistributed.
Don Abadie
Surfer Don Abadie is aided by a friend and lifeguard to secure his boat at Lower Trestles

The surfers were barely able to catch a wave before lifeguards arrived.

The surfers attempted to head back to their small boat, but it was ripped off its anchor and capsized in the waves.

“We were kind of gambling,” said Don Abadie of Dana Point, one of the surfers. “A rogue (wave) that came through broke the anchor free. The next wave brought the boat ashore upside down.”

Once ashore, the surfers complied with the park rangers who arrived.

“State Parks law enforcement issued a citation to the vessel operator for trespassing at a closed state beach,” said Jorge Moreno with the State Parks Department.

“State Parks reminds Californians that these temporary closures are necessary now to help prevent the spread of COVID-19. It’s critical that Californians adhere to these closures,” added Moreno.

The state announced the full closure of San Onofre State Park on April 7 citing “a recent visitation surge due to the closure of other beaches and parks along California’s coast.”

Abadie claims at the time he was unsure if the closure of the beach applied to boats, saying he’s now taking it as a lesson learned.

“My main intention is to make sure everyone’s aware that the beach closure includes the water and not to give the lifeguards and the rangers a hard time,” Abadie told 10News.

Abadie said the boat was towed away by Tow Boat US. Because it capsized, he said he also lost his cell phone, iPad and car key.

“Bottom line, be respectful to law enforcement. They’re just doing what their told and it will pay off. They want to keep the beach safe and clear of people,” said Abadie.