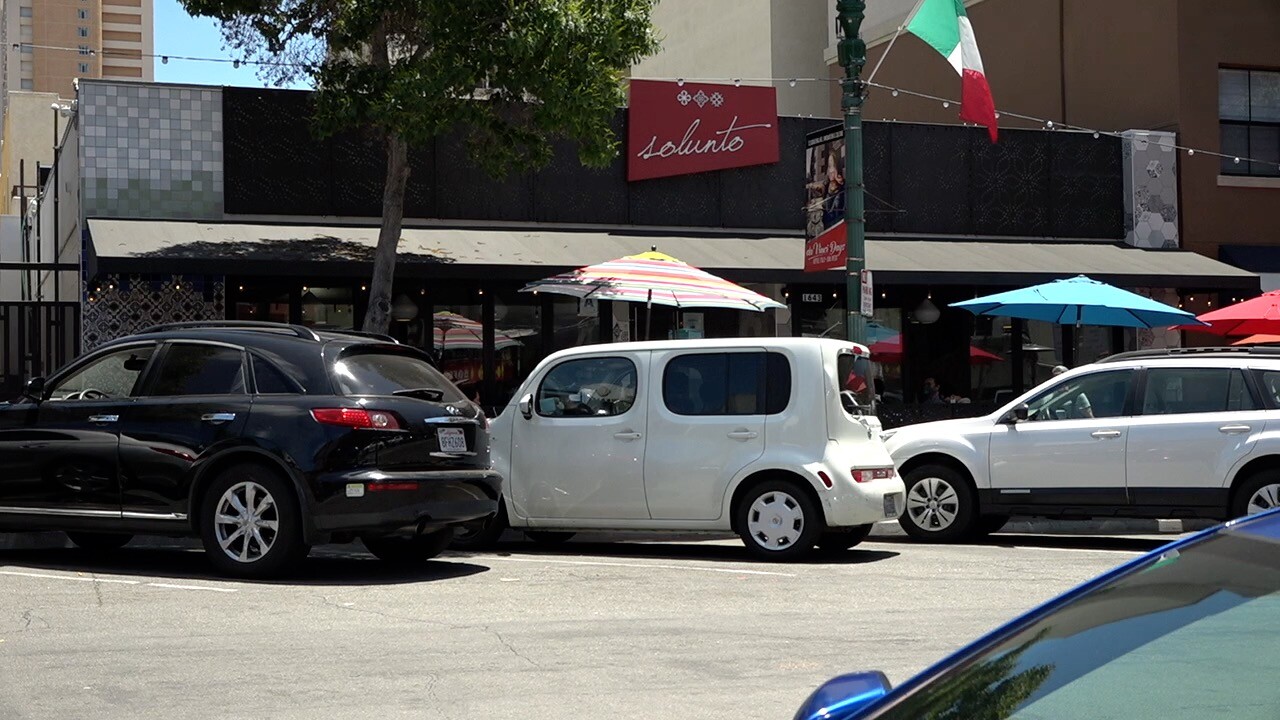 Copyright 2021 Scripps Media, Inc. All rights reserved. This material may not be published, broadcast, rewritten, or redistributed.
Jeremy Gibson
Solunto Restaurant in Little Italy will be one of the first to install a parklet for outdoor dining

SAN DIEGO (KGTV) — More than two dozen Little Italy restaurants are likely to become San Diego's first to install "parklets," which will allow expanded outdoor dining each day of the week. The work is expected to start Friday.

A parklet is a sealed off portion of curbside parking spaces that would instead be reserved for restaurants to set up tables and serve people outside.

On Friday, at least eight Little Italy restaurants will start installing the parklets, but that number could grow to more than 25 if the city approves the permits in time.

The city is currently streamlining these kinds of permits for retailers and restaurants and waving fees. The idea is to give businesses more room to make money amid new social distancing restrictions that disallow indoor dining in restaurants.

"It is vital, absolutely," said Paolo Tagliani, general manager of Salunto, a bakery restaurant on India Street. "We need fresh air, too."

More than 100 restaurants in San Diego have applied for parklet permits. The city approved 48 of them on the first day it began processing the applications. Restaurants in the Gaslamp and North Park have also applied.

Little Italy had already instituted an Al Fresco program, which closed India Street to the public on Fridays, Saturdays and Sundays to allow outside dining. The parklets would allow outdoor dining daily.

The Gaslamp Quarter Association has a similar program on Fifth Avenue from L Street to F Street.

The parklets would be allowed until the public health emergency is lifted.