Possible impact of a potential U.S.-Mexico border closure amid COVID-19 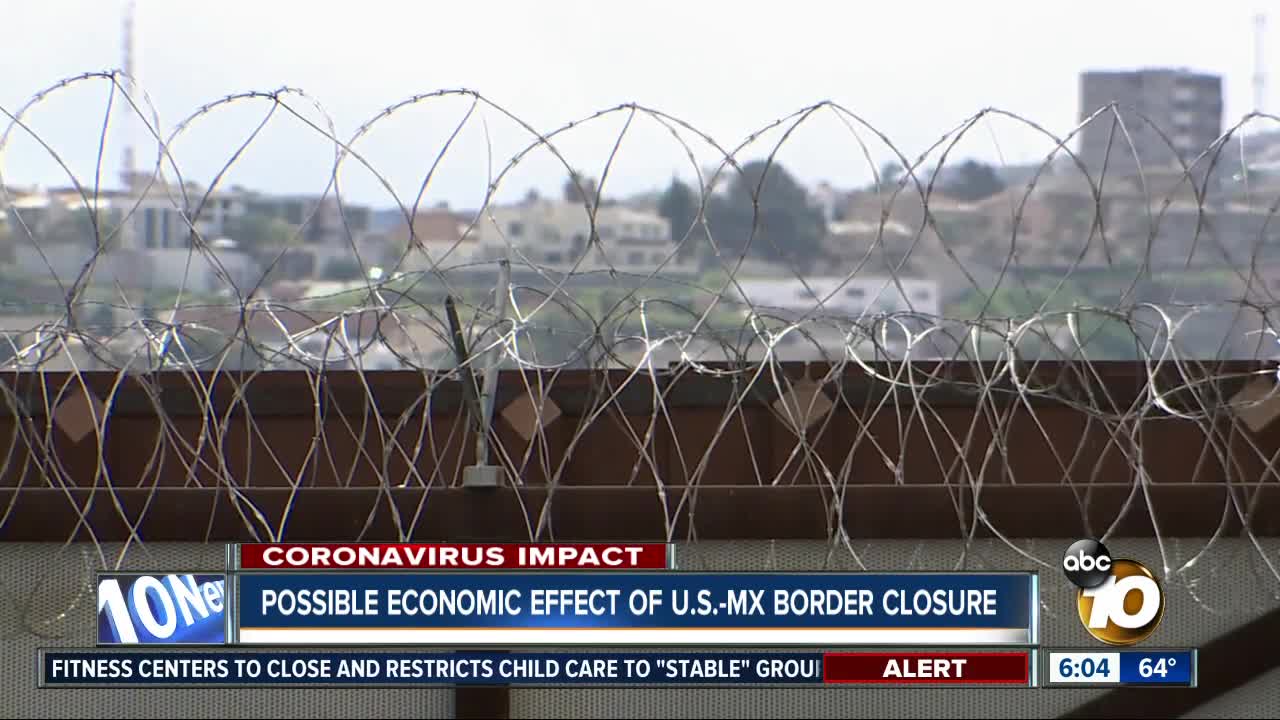 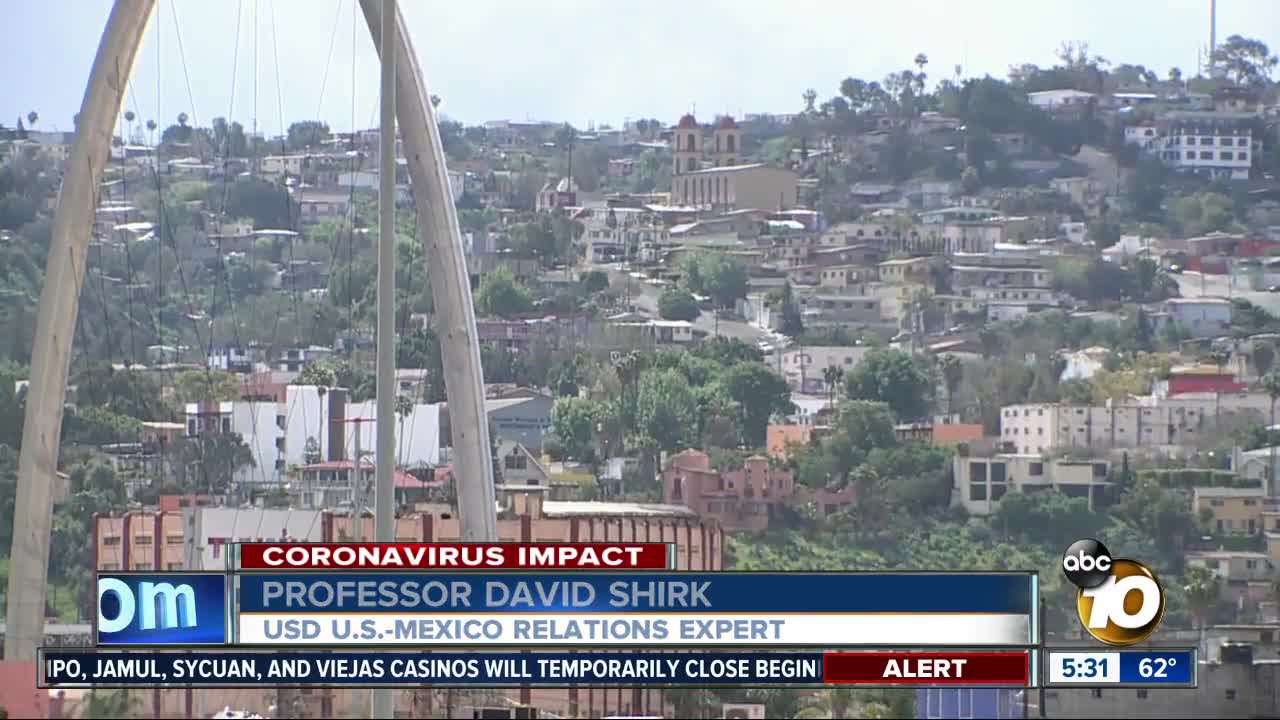 On Thursday, the walkway into Tijuana was nearly empty but the San Ysidro Port of Entry remains open, for the time being.

“It's going to have major implications for us, particularly for us here in Southern California, if we see a closing of the U.S.-Mexico border,” says Dr. David Shirk with the University of San Diego, where he works as a professor with an area of expertise in U.S.-Mexico relations.

RELATED: Senate GOP to unveil stimulus plan that includes $1,200 payments for most Americans

Shirk says that if the U.S. proceeds with any closure, not only will families be separated, but there will also be a major shortage of supplies like foods that are harvested in Baja and transported north.

“Something that the federal government needs to take into consideration is that our economy is critically interlinked with Mexico,” he adds.

As of Thursday morning, there were only 118 reported cases of COVID-19 in Mexico. Mexican President Andrés Manuel López Obrador has been criticized in recent days for not taking enough containment measures. Video on the Washington Post's website shows him shaking hands at a big rally last Saturday and kissing a supporter.

Thursday, he tweeted out from a press conference to act calmly, disseminate official information and adopt hygiene measures.

San Diego Mayor Kevin Faulconer said Thursday that he has requested for the State of Baja to adopt the same precautionary measures that are being taken in San Diego.

This Wednesday, the Mayor of Tijuana decided to cancel events with more than 100 people. Schools in Tijuana are reportedly now closed.

Shirk says Mexico has likely been slower to respond to the pandemic out of fears over its own economy.

“I think there's real concern in the López Obrador Administration that an overly drastic response to the coronavirus crisis could cripple Mexico's economy and that has to do with the fact that for the last couple of years Mexico's growth rate has basically remained about flat," Shirk.

U.S. Customs and Border Protection (CBP) sent 10News a statement about any possible plans for a border closure:

“What we can say right now is that the U.S. Customs and Border Protection’s (CBP) highest priority is to ensure the health, safety and security of our workforce and the American people. CBP agents and officers will maintain situational awareness while identifying individuals who have traveled from or transited through countries affected by COVID-19. CBP continues to process cargo as there has been no identified threat as it relates to cargo shipments.

CBP officers use a combination of traveler history records, questioning, observation, and self-declarations to further identify individuals requiring enhanced health screening by the Centers for Disease Control and Prevention (CDC). Currently, all CBP ports of entry are following the same operational guidance as issued by Presidential Proclamations and the Department of Homeland Security. If CBP observes a traveler with symptoms of COVID-19, we will refer them to the (CDC) and or DHS medical contractors for enhanced health screening. CDC personnel are responsible for the enhanced health screening of travelers in all locations nationwide.

CBP has issued guidance to all employees that outlines the current comprehensive use of Personal Protective Equipment including guidance regarding wearing masks in the appropriate circumstances. (using a risk-based approach).”