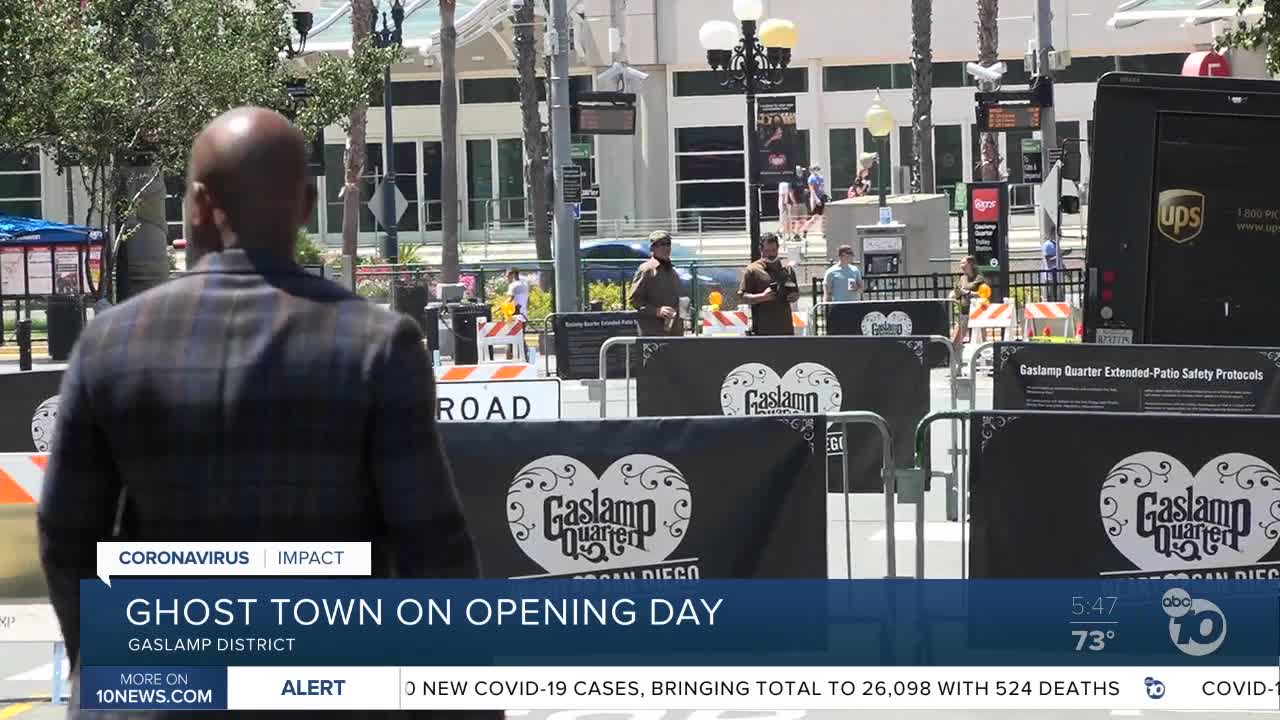 SAN DIEGO (KGTV) - The Gaslamp Quarter was a ghost town Friday afternoon, unheard of at this time of year, which normally holds Comic Con and Padres games.

Due to the pandemic, Padres' Opening Day was pushed back four months to Friday night, but no fans were allowed in.

The droves of visitors nonexistent, hitting nearby businesses and fans hard.

"Our sales were just through the roof, I've never worked in a restaurant where we have 2,000 covers in one day. This year," Manager of Rockin Baja Lobster Manager David Bravo said with a shrug. "You can see the sidewalk, the Convention Center is closed, probably half the restaurants are open," he gestured to neighboring businesses with closed signs posted on their windows.

Bravo said they're focused on keeping their doors open, "we need to look at are we paying the staff and are we making enough money to survive? And yes we are doing that."

Fans lined up at the Padres Store to get their gear and feel close to the festivities that used to crowd the streets.

Eleven-year-old JT Stough has been going to Padres games since he was three months old.

At the age of three, his dad gave him an Opening Day baseball and told him to give it to whoever he wanted. JT climbed all the way to the nosebleeds where military members were sitting and handed the ball over.

He chose the military member to honor their service. His grandfather served in the Navy for 10 years.

He's kept the tradition alive each and every year since.

Standing outside the Gaslamp Gate, JT said, "it definitely feels a little strange... not being able to go in the park just feels weird because I have to watch it at home."

While JT will be at home, others are still out spreading acts of kindness.

"I've been walking up to tables asking how they're doing, and I've been thanking them for being in a good mood, and thanking for smiles, because I think if you spread the kindness maybe we can... make it all better," Bravo said.

Everyone hoping for positive change soon.