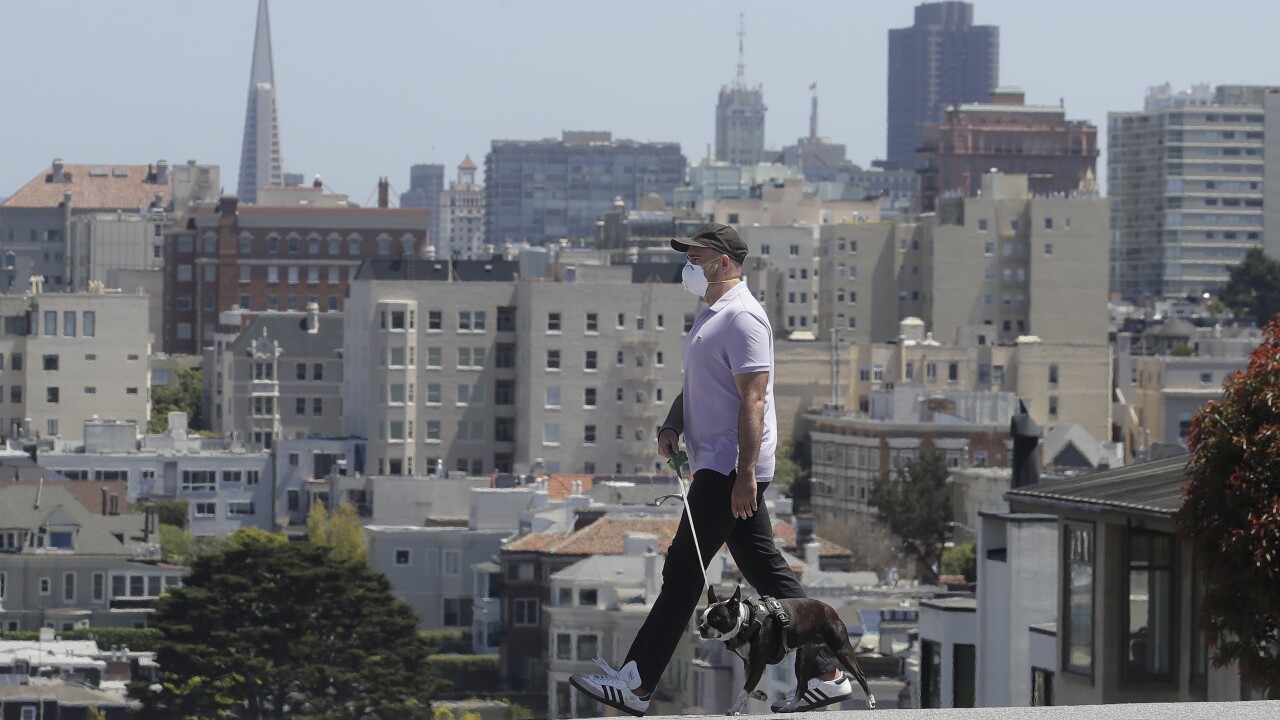 Jeff Chiu/AP
Brian Rietfors wears a mask while walking with his dog, Skittles, during the coronavirus outbreak in San Francisco, Sunday, May 3, 2020. (AP Photo/Jeff Chiu)

ALBANY, N.Y. (AP) — New York is urging travelers from eight additional states to self-quarantine for 14 days as it awaits a decision on the reopening of indoor dining in New York City.

Gov. Andrew Cuomo said in a television interview that he plans to send state police and health and liquor officials to New York City on Tuesday night ahead of his decision expected Wednesday.

The Democratic governor said he’s worried by reports that dining in closed, indoor areas with air-conditioned systems could lead to spikes in COVID-19.

Cuomo has warned that those out-of-state travelers could lead to a rise in infections.