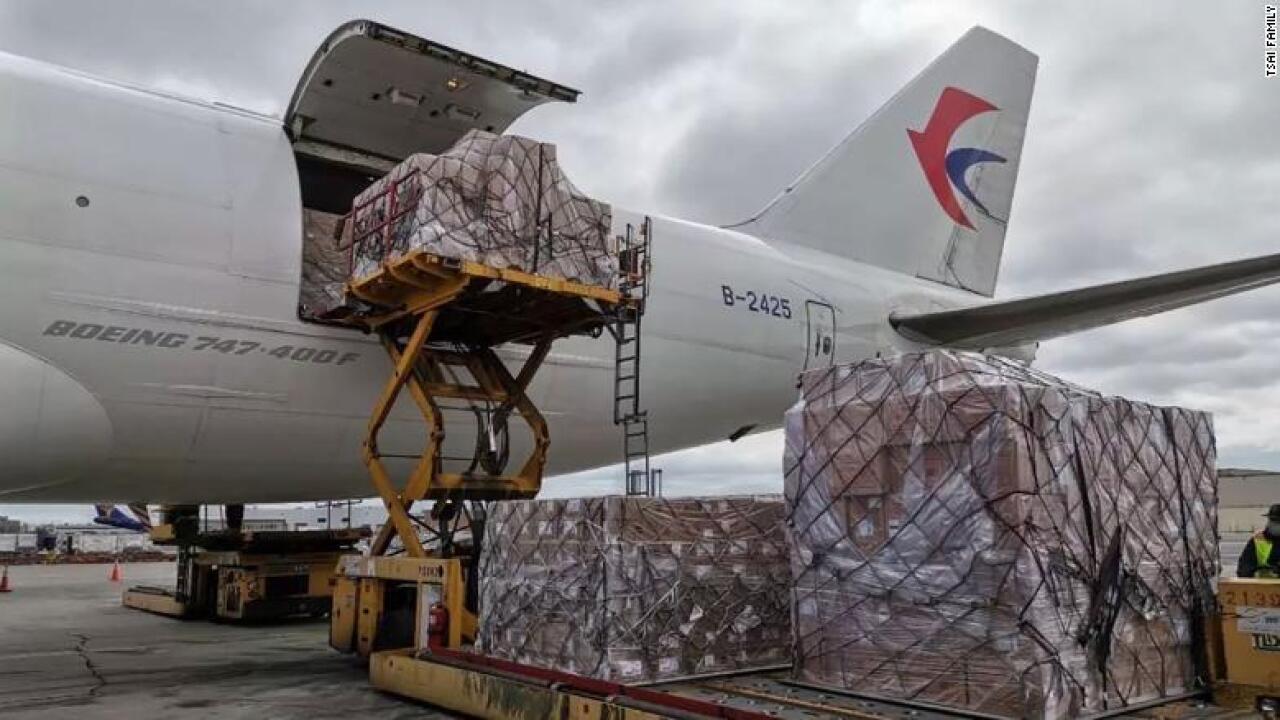 A Chinese billionaire made a considerable donation to New York healthcare workers over the weekend as the city battles the coronavirus.

"We kept hearing cries for (personal protective equipment) from our community and wanted to help," Clara Tsai told CNN in an interview. The state will allocate the second shipment, but "we intend to help the most underserved institutions."