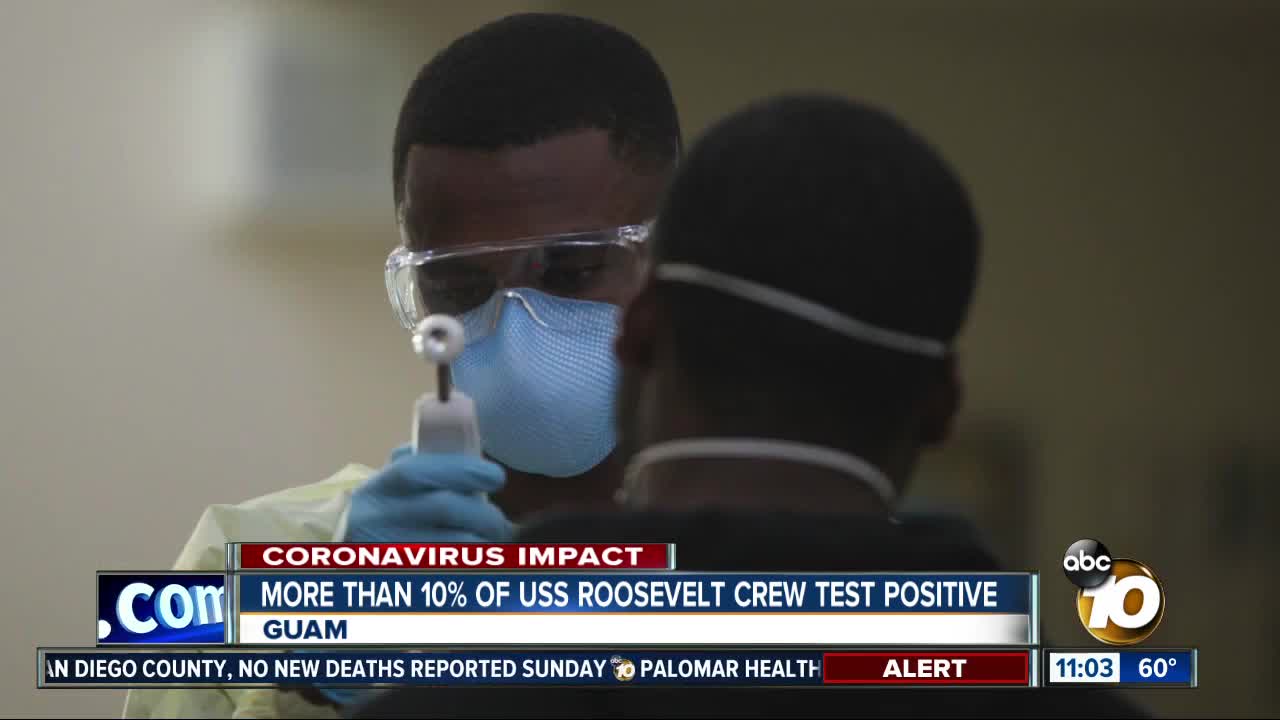 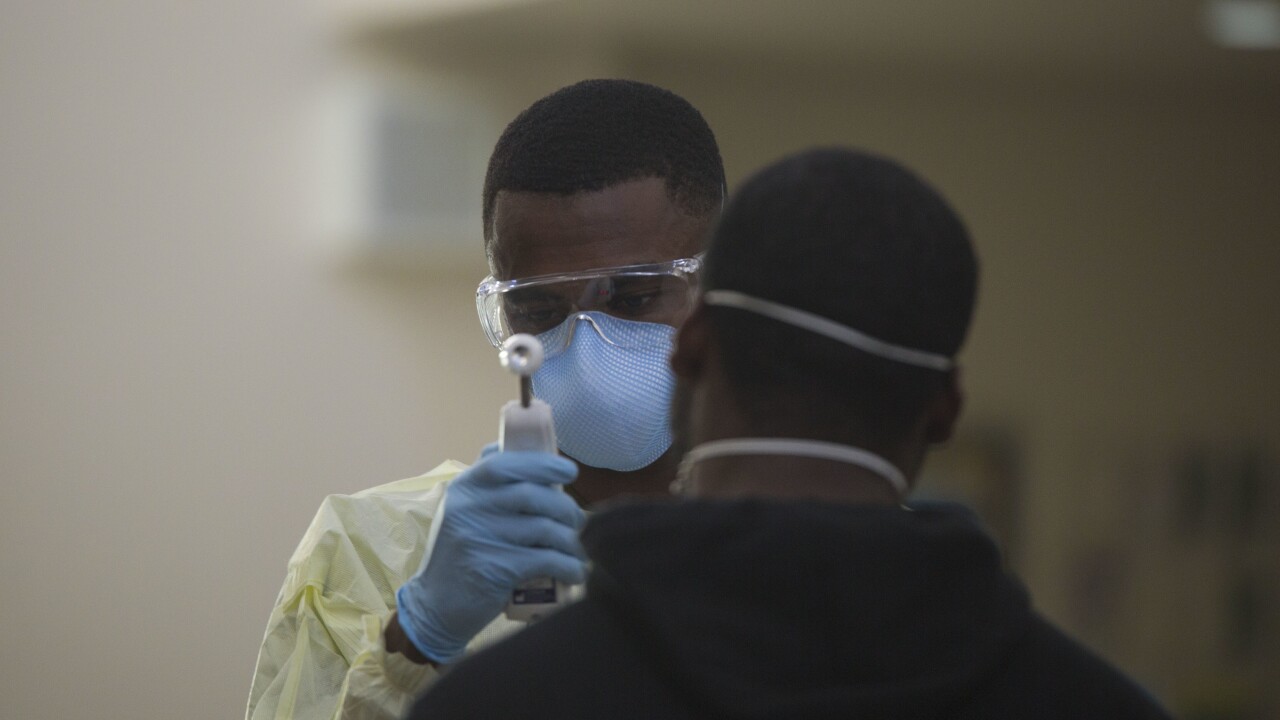 SAN DIEGO (KGTV) - More than 10% of the USS Theodore Roosevelt's crew tested positive for coronavirus Sunday, according to the Navy.

The total number of cases went up by 35 compared to Saturday, bringing the total to 585 of the 4,800 aboard.

One of those tested was San Diegan Stephanie Hastings' husband.

"He's in a hotel room in Guam, in a hotel room by himself thankfully. He tested negative and I'm so glad." She said he has his temperature and symptoms assessed twice a day.

While she's thankful for his well-being, she hurts for those who aren't as lucky.

Thursday a sailor was unresponsive and taken to Naval Hospital Guam's ICU.

"Honestly my heart is breaking for his family." Hastings said it's hard to find out what's happening. "I get emotional because I'm sure they didn't hear about it as soon as it happened, they probably heard about it online."

Sunday the Navy reported more than 80% of their sailors moved to shore, for quarantine.

Naval Hospital Guam is prepared with 42 beds, 6 of which are dedicated ICU beds.

The hospital has the potential to expand ICU beds as needed.