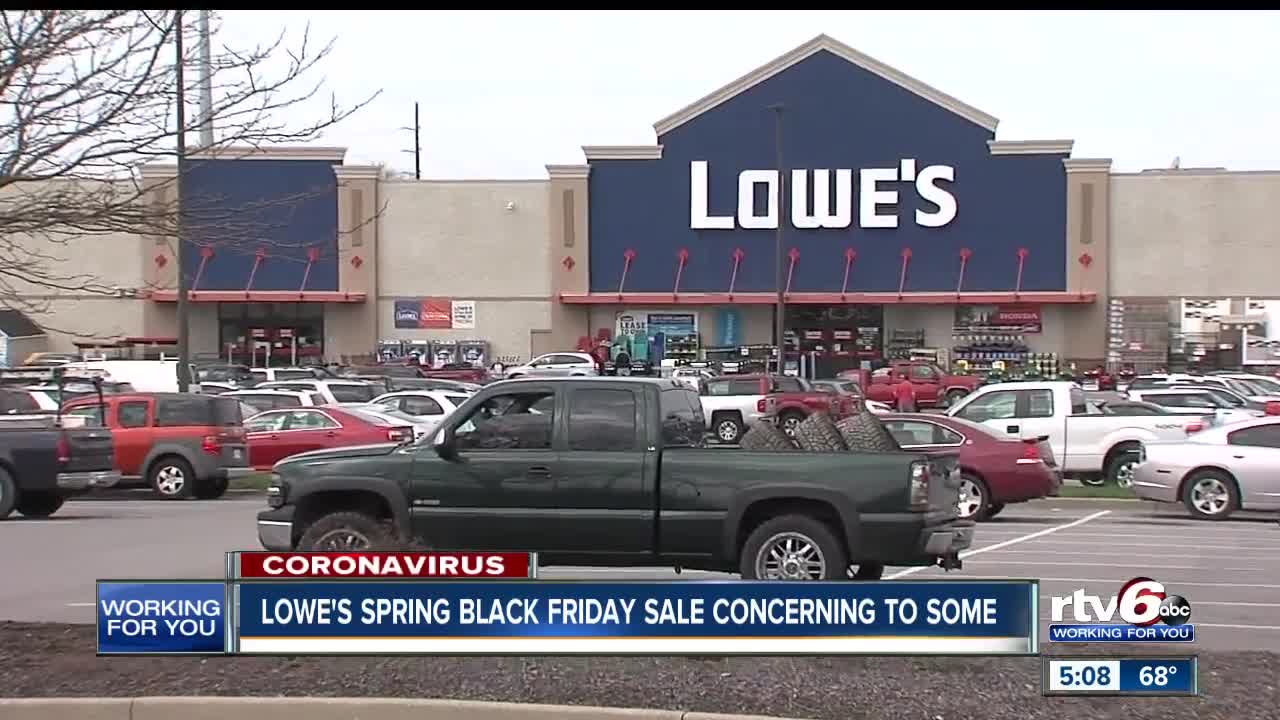 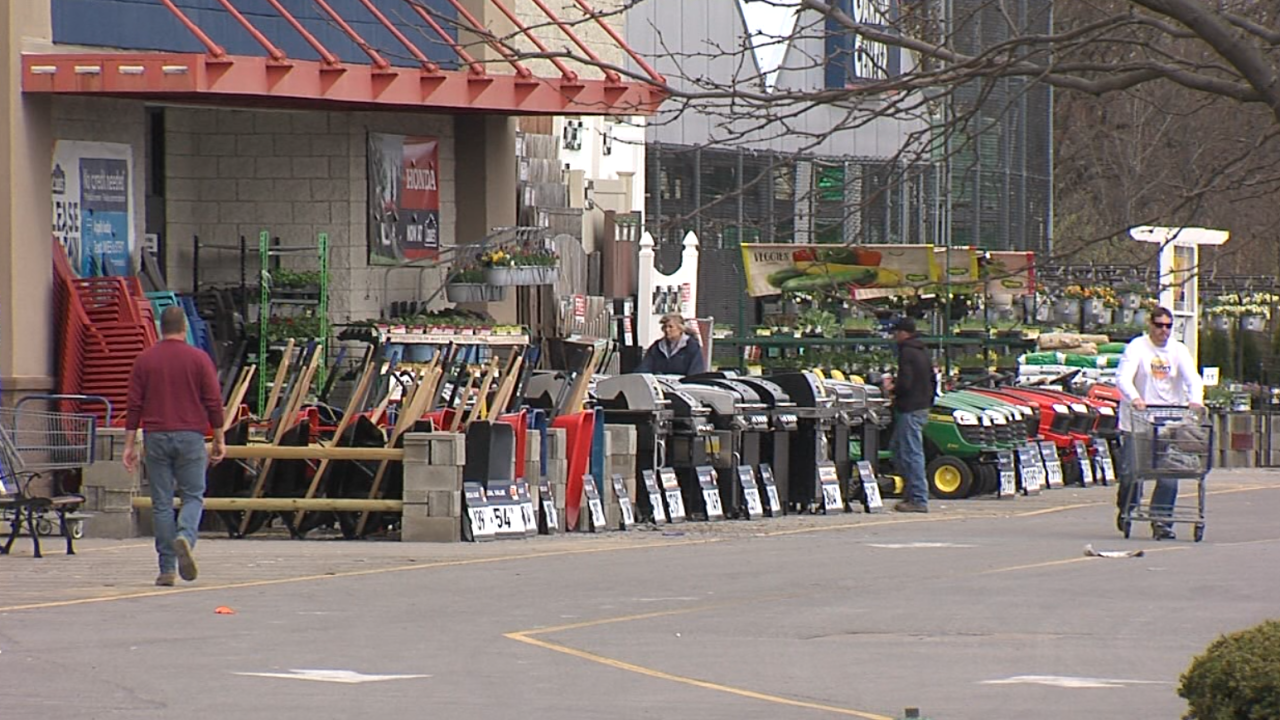 INDIANAPOLIS — Lowe’s stores were hopping Friday as shoppers flock to the home improvement store for their spring Black Friday sale.

Lowe’s said “affordability matters now more than ever,” but some shoppers and workers contacted RTV6 with concerns, saying a big sale draws crowds at a time when people should be social distancing.

The front page of Lowe’s advertisement promotes 2-day only deals in-store only on April 4 and 5, as well as spring Black Friday savings running from April 2 to April 15.

A current Lowe’s employee in central Indiana, who did not want to be identified out of fear of losing her job, said it’s a bad idea to draw even more people to their stores.

“People wait for this sale every year, and it’s the first sale of the season and all these people are off work,” said the worker. “(The sale) is not discouraging them from coming in whatsoever. I’m just very worried for my coworkers and the people that come into the store — I worry about their health and safety.”

The Lowe’s employee said she was quarantined for two weeks with COVID-19 symptoms and is currently awaiting formal test results.

"I believe I got it at work,” said the worker. “Major fatigue, dry cough, tightness in my chest. It's hard to breathe."

“It’s frightening,” said the worker. “The amount of people in the store has increased dramatically. People staying at home with nothing to do are coming to the closest place that’s open to either walk around just to be out of the house, buying paint, flowers, mulch, things that are really non-essential.”

Another Lowe’s manager in central Indiana said the daily foot traffic has increased and he’s concerned about that.

“Lowe's chose to move forward with one of our biggest promotions of the year,” the manager wrote in an email. “I am appreciative of the current steps taken but this alone is socially irresponsible and borderline gross negligence on Lowe's part in this time of crisis.”

Beginning Friday, Costco will allow no more than two people to enter one of its stores on the same membership card in an attempt to limit crowds and prevent the spread of the coronavirus.

Thanks for contacting us regarding Spring Black Friday sales.

While some retailers have taken steps to eliminate value pricing, we recognize the importance of continuing to offer value to our customers in this time of economic uncertainty. Affordability matters now more than ever. We encourage customers to practice safe social distancing and leverage our many fulfillment options including Buy Online, Pick-Up in Store, curbside loading and at-home delivery.

The health and well-being of our associates and customers is our priority, and we continue to operate under CDC guidelines and take preventative measures to ensure the safety of our operations. All Lowe’s stores have signage reinforcing the need for social distancing and we remind customers every 15 minutes with overhead announcements. Stores also have the ability to limit customer capacity in high-trafficked areas. We also have clear signs and floor markers to reinforce CDC social distancing guidelines. All stores offer customers the option to checkout via mobile at point of sale and most products on promotion can also be purchased on Lowes.com and delivered to the customer’s home.

This article was written by Kara Kenney for WRTV .