Glimpse at life inside Tijuana migrant shelter during the pandemic 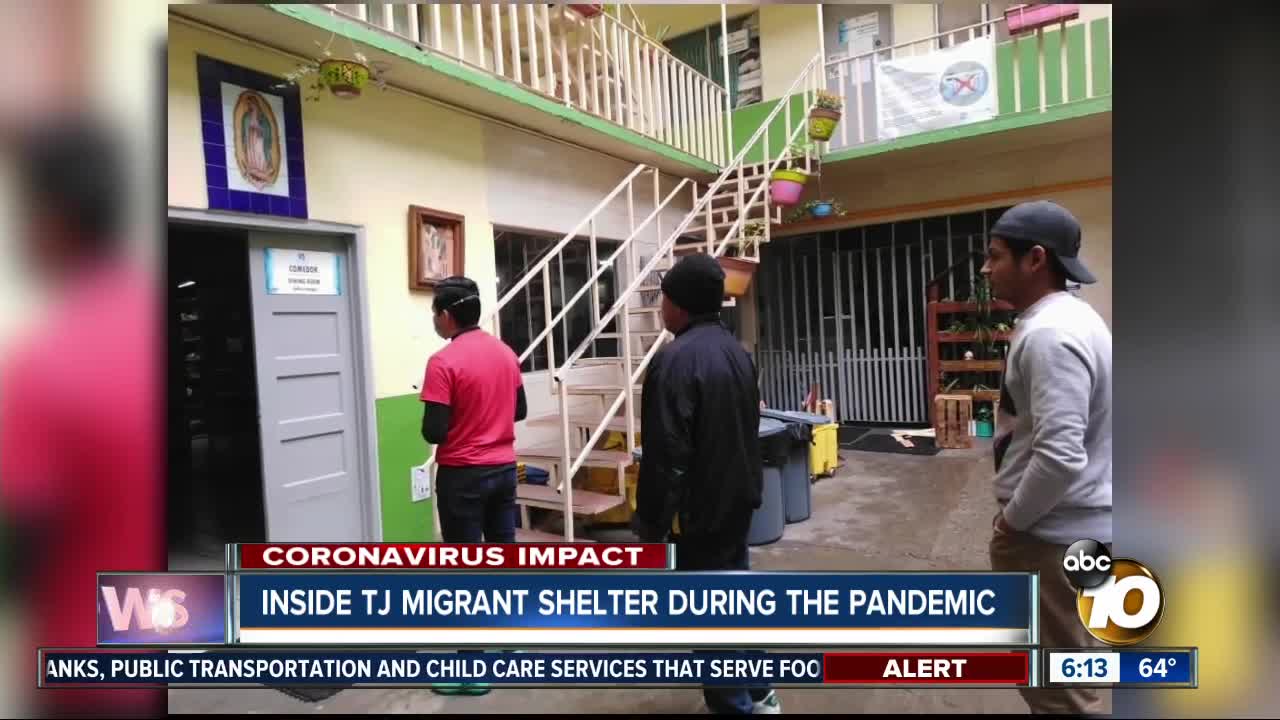 TIJUANA, Mexico (KGTV) -- Concerns have been raised about the conditions of migrant shelters in Tijuana that are housing people who've been expelled from the U.S. during the pandemic.

“Last week, we decided with our doctor that it would be best to cut off all entries and exits from the Casa so if people wanted to continue to work, then they would need to go rent [elsewhere] and so now we're down to about 38 people,” Murphy told 10News.

He said that a dozen are asylum seekers. The rest are deportees.

Murphy's team provided new photos that show what current life inside the shelter is like. He added that they're taking strict measures to mitigate risk of spreading the virus.

It was three weeks ago when the U.S. government closed the border to all non-essential travel and announced that most illegal entrants would be immediately expelled.

“The deportees at the beginning -- about 2 weeks ago -- there was the big boom and now it still continues but not in great numbers so I'm still not sure where all the people are going,” Murphy told 10News. “One of the big groups that was coming before all of this was the Mexicans escaping violence in places like Oaxaca and Guerrero and they have stopped all together so I think the word got out that there is no asylum process right now. There's limited shelter space in Tijuana so it kind of trickled down.”