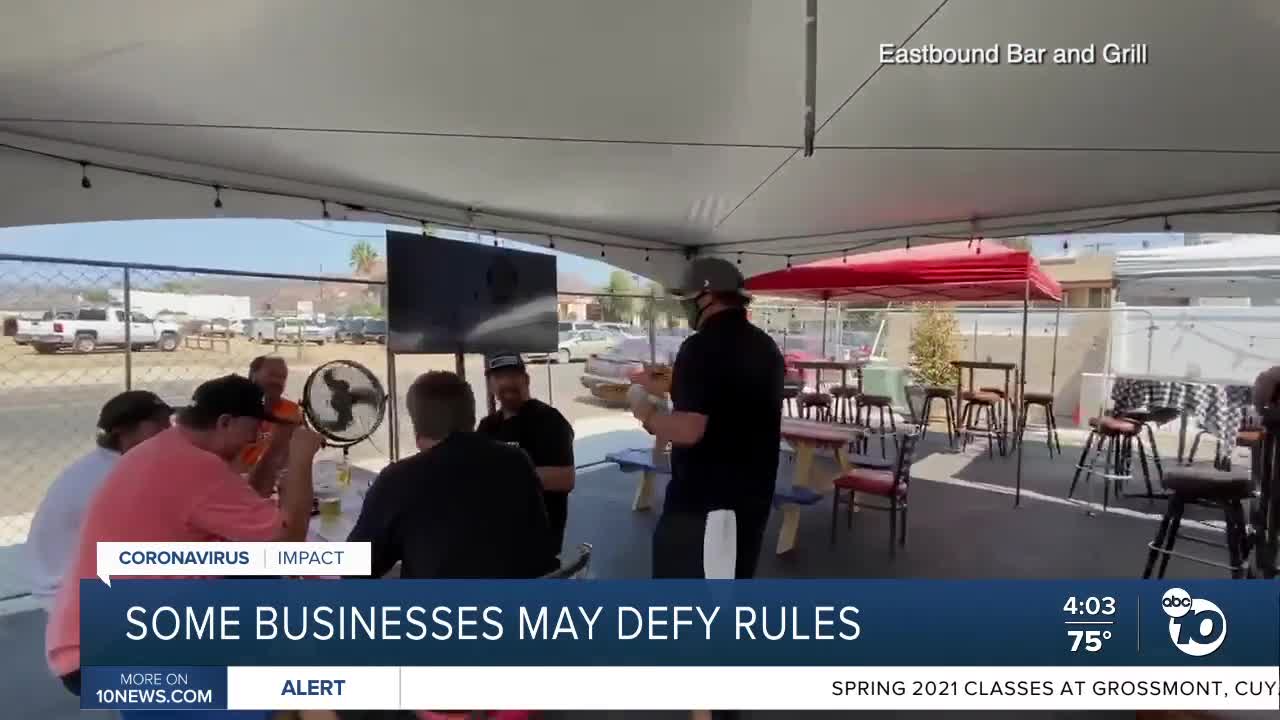 San Diego County could face a new round of Coronavirus related restrictions, which would ban restaurants from serving indoors. A number of restaurant owners say they won't be able to survive the indoor shutdown 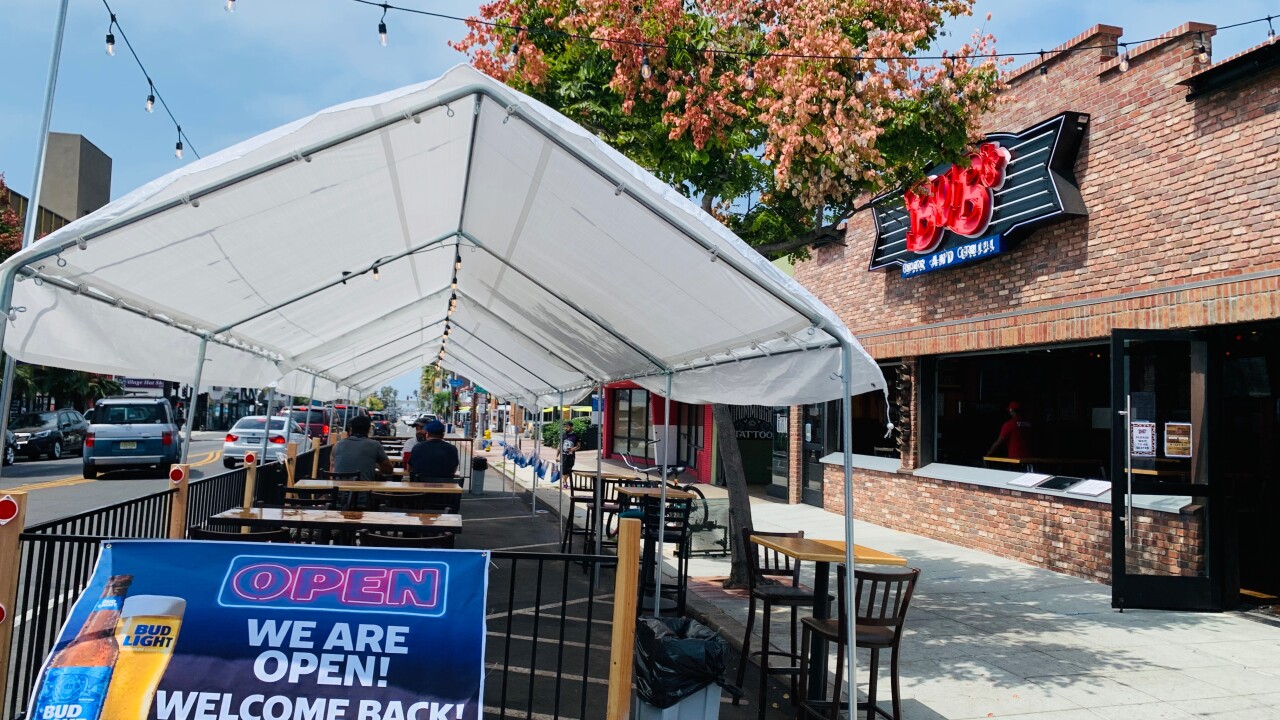 SAN DIEGO — Small business owners across San Diego are bracing for a new round of Coronavirus restrictions. And some say they'll have to fight them in order to survive.

The movement into the state's purple tier would block restaurants, nail salons, estheticians and gyms from operating indoors - a change that some say would spell the end of their businesses.

"If we're forced to close again we may permanently have to close our doors," said Todd Brown, owner of Bub's at the Beach, in Pacific Beach. "It's tough for us, 22 years later I never anticipated that we'd be fighting for our lives, and that's where it's at."

Bubs can only fit 9 tables on the street, so Brown is bracing to defy the order. He says otherwise food expires, equipment languishes and bills pile up.

"I know for a fact if we follow it then I'm done," he said. "We have zero chance of success that way, so which way would you go?"

The local economy continues to be hit hard by the pandemic.Joblessness remains at 9.9 percent with more than 154 thousand unemployed San Diegans.

But not every restaurant is in such dire straights.

At City Tacos, owner Gerry Torres says the fast casual eatery has been able to make the most of the outdoor space in front. He's all right with the new tier.

"As a community, as San Diegans, we should support it, because that's only going to keep us safer," Torres said.

Torres says local governments have really stepped up to help small businesses, a resource he says has proven vital