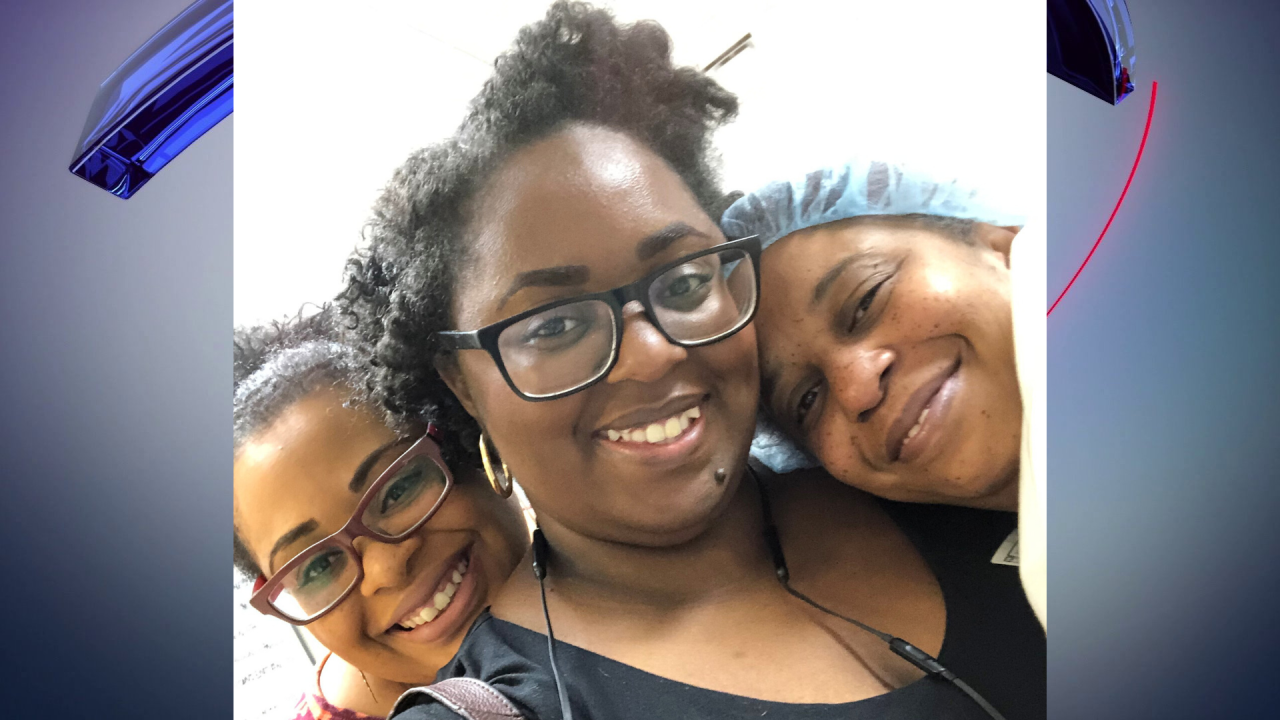 Rana Zoe Mungin, a 30-year-old social studies teacher at Ascend Academy in Brooklyn, had an eight day odyssey from her first fever to intubation with a ventilator pipe, with one ambulance attendant suggesting the woman was having a “panic attack.”

That’s just one piece of the story being told by Mungin’s sister, a registered nurse.

Along the way, doctors treated Rana Zoe Mungin for asthma, but didn’t give her a COVID-19 test until she returned to the hospital via ambulance a third time, barely breathing.

Now Mungin’s family is fighting for her to get access to treatments that, so far, she’s been turned down for.

Mungin, a graduate of Wellesley College with a Master’s Degree from the University of Massachusetts, has always advocated for self-empowerment, but now her sister has to be her voice.

“My sister went to the hospital on the 15th of March for fever and shortness of breath,” Mia Mungin told PIX11. “They gave her albuterol for asthma and and gave her a shot of Toradol for her headache.”

She kept saying, “My headache is so bad.”

Mia Mungin works as an administrator for other nurses in home health care.

She remembers that a member of her staff “was in the emergency room March 8th and she said she had a fever March 9th. She wasn’t feeling well."

She lives in the same East New York home as her sister and said Rana started running a fever on Thursday, March 12.

The teacher paid her first visit to Brookdale Hospital on March 15, and that’s when she received Albuterol and the medicine for her headache.

The hospital didn’t give Mungin a test for COVID19, and she went home.

The shortness of breath continued.

“She still was having shortness of breath, the 16th, 17th, and 18th," Mia Mungin. "My mother asked her if she wanted to go back to the hospital and she said, ‘No.’”

On March 19, Mia Mungin insisted an ambulance be called, and the paramedics gave her sister a nebulizer treatment, she said. Mungin said one of the attendants kept saying her sister’s lungs were clear.

“He insinuated she was having a panic attack. She kept saying ‘I can’t breathe,” Mia Mungin recalled.

When they got to the hospital on this second visit, Mia Mungin said a doctor told the family “Her lungs are clear. We’re not going to test for corona, because we don’t have enough tests.”

Rana Mungin went home March 19 “and she couldn’t get up the stairs," her sister said. "I watched her all night.”

Rana Mungin was taken again by ambulance to Brookdale Hospital and, this time, family wasn’t allowed in

Three hours later, “that’s when I was told she was intubated and on a ventilator.”

The doctors started the teacher on one experimental treatment for the virus, a mixture of anti-viral Hydroxychloroquine and antibiotic Erythromycin.

Mia Mungin said she was told her sister was approved several days ago for transfer to Manhattan’s Mount Sinai Hospital, where she would have access to an ECMO machine that could filter her lungs—sort of like a dialysis machine.

But the transfer never happened.

“I kept calling and calling,” Mia Mungin said. “They decided to hold off on the ECMO, because she was improving."

But the teacher apparently had a relapse in her progress Tuesday.

The family was hoping she would be approved for the Remdesivir clinical trial , which is a promising treatment, but there’s been an overwhelming number of requests and Rana Zoe Mungin was turned down.

She remains in Brookdale Hospital.

This article was written by Mary Murphy for WPIX.