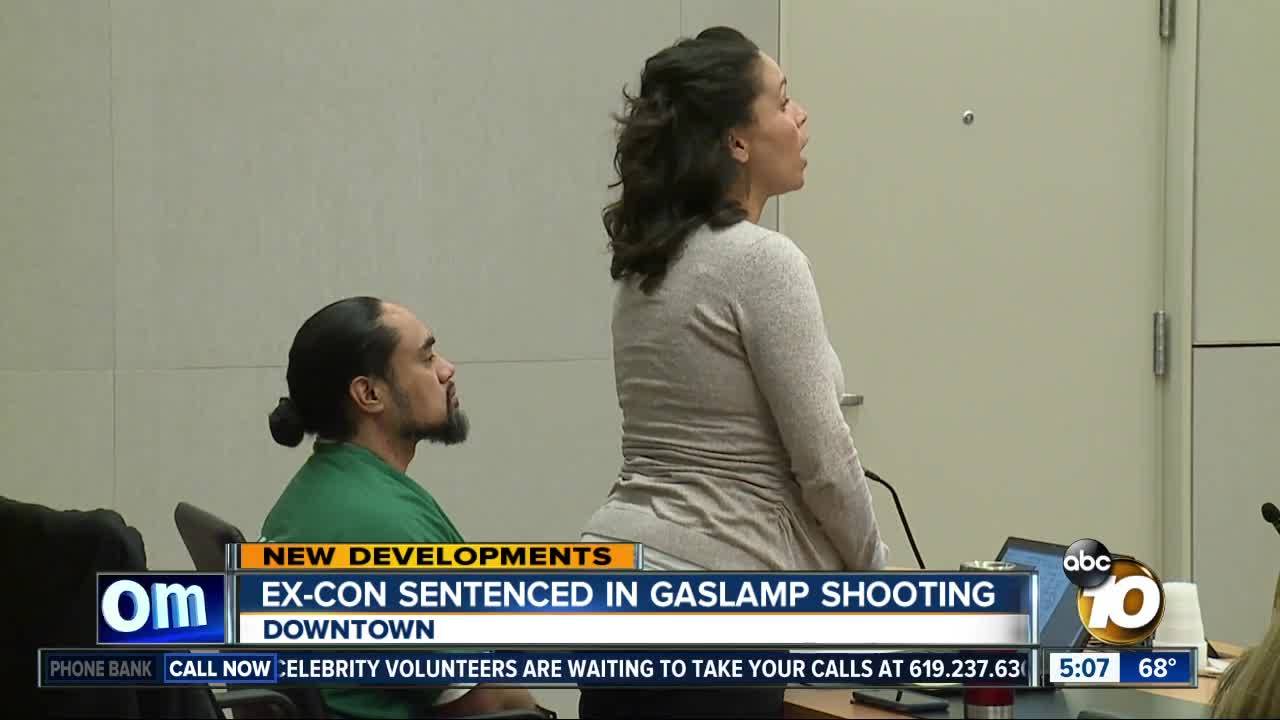 SAN DIEGO (KGTV) — The man convicted of multiple charges in connection with a Gaslamp District shooting after a Metallica concert last summer has been sentenced.

Ray Pitoau, 37, was sentenced to 27 years to life in prison for three firearm charges, including felon in possession of a gun, stemming from the shooting involving an off-duty deputy on Aug. 7, 2017. Pitoau was convicted of the three charges but jurors have not been able to reach a verdict on assault charges related to the shooting.

A third retrial was allowed by the judge Tuesday, which if found guilty, could add more time to Pitoau's prison sentence.

Pitoau was charged in the shooting near Petco Park after investigators say he got into an argument with off-duty Sheriff's deputy Jason Philpot and several other companions — including two off-duty Escondido police officers.

Shots were fired during the altercation and Philpot was shot three times. A person walking by the incident was also struck by gunfire.

Pitoau fled to Mexico following the shooting and was later arrested and handed over to U.S. Marshals.