Watch live: Disney World dedicates 'Rise of the Resistance' ahead of opening 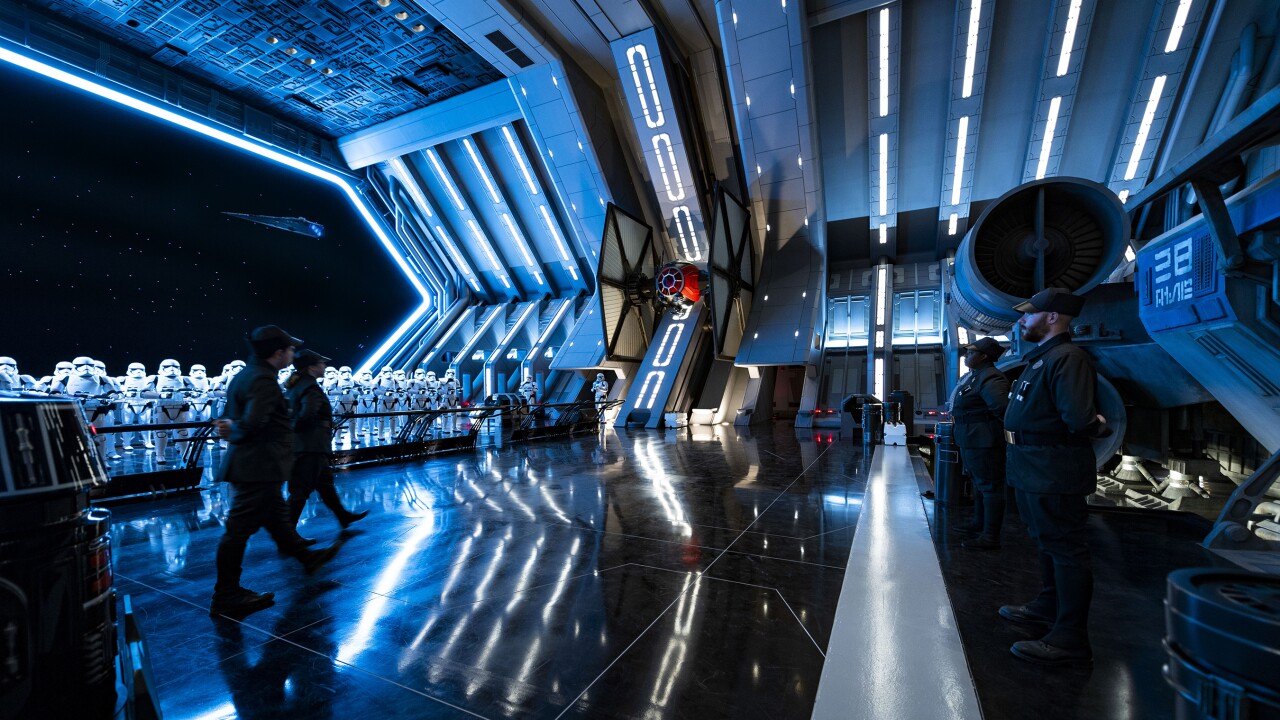 Matt Stroshane/Matt Stroshane, photographer
First Order troops and stormtroopers patrol the hangar bay of a Star Destroyer in Star Wars: Rise of the Resistance, the groundbreaking new attraction opening Dec. 5, 2019, inside Star Wars: Galaxy’s Edge at Disney’s Hollywood Studios in Florida and Jan. 17, 2020, at Disneyland Park in California. Guests enter the hangar bay after their ship is caught in the Star Destroyer’s tractor beam in this thrilling new Disney experience. (Matt Stroshane, photographer) 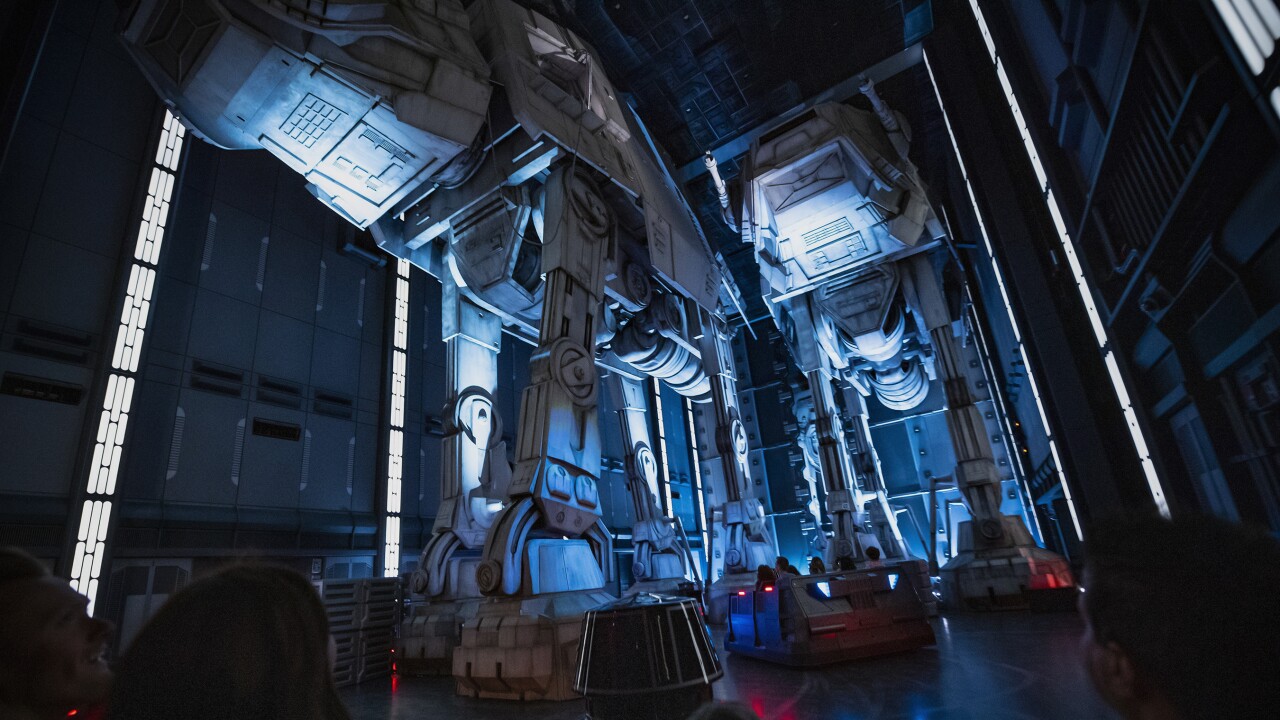 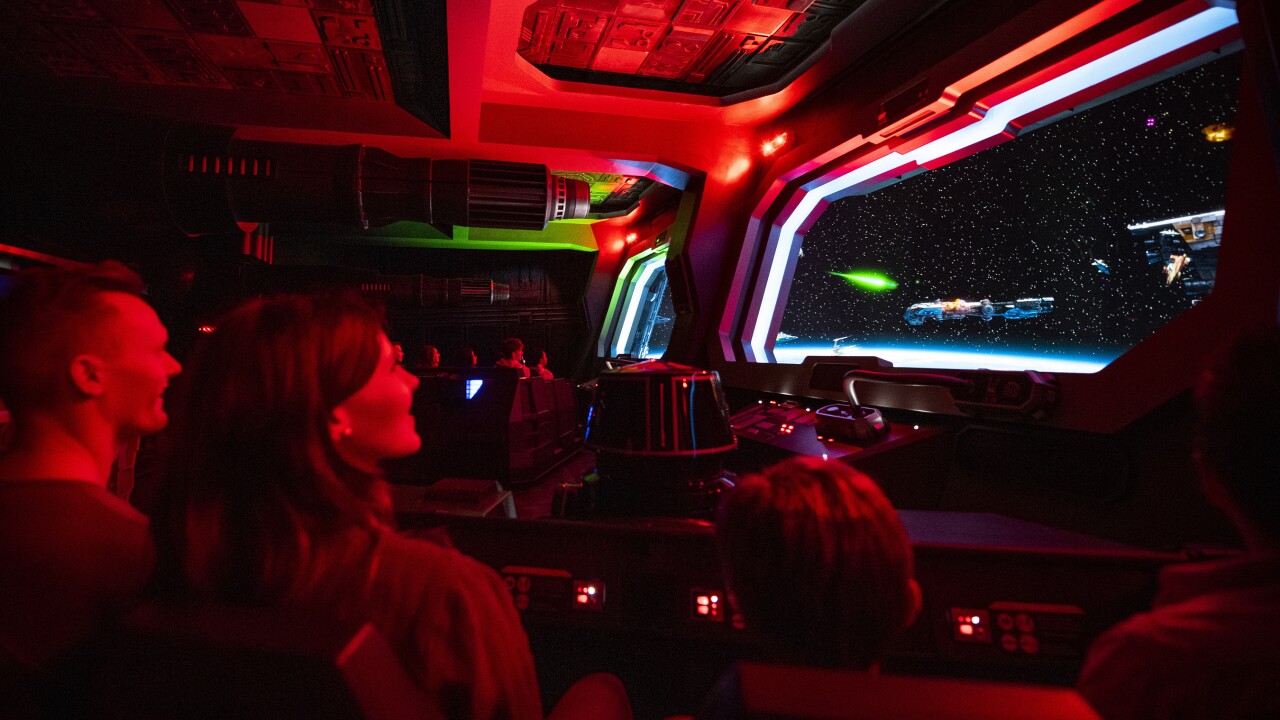 (KGTV) — Before the new year, the Resistance will rise at Walt Disney World in Florida.

The theme park will celebrate the opening of its second "Star Wars: Galaxy's Edge" attraction, "Rise of the Resistance," in a special dedication ceremony with characters like Chewbacca and Rey on Wednesday. The immersive attraction will then be opened to the public starting Dec. 5 at Disney's Hollywood Studios.

"Rise of the Resistance" will take guests on a journey alongside the Resistance, blasting off from Batuu, only to be captured by the First Order. During the cinematic adventure, riders will come face-to-face with Stormtroopers, massive TIE fighters and AT-ATs, and Kylo Ren as they escape a Star Destroyer to return to Black Spire Outpost.

Currently, though, guests can embark on a mission aboard the iconic Millennium Falcon on "Millennium Falcon: Smuggler's Run" or peruse the marketplaces and landscape of Batuu at both parks.