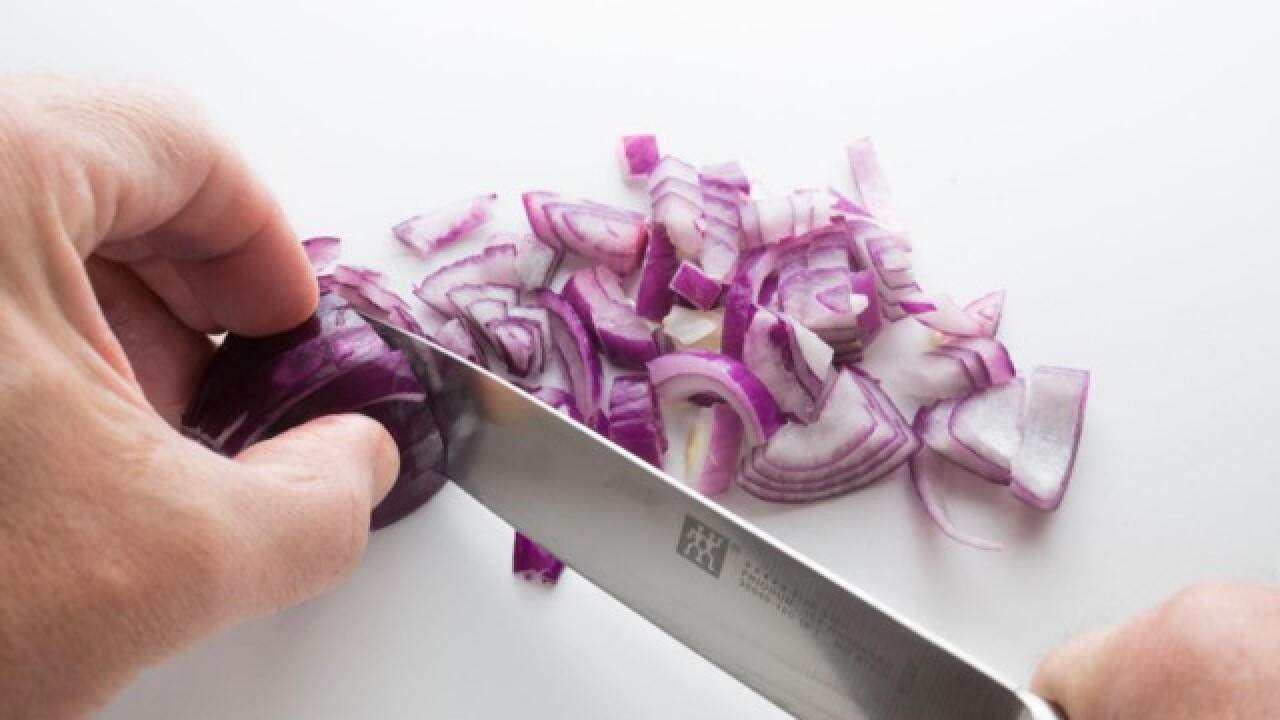 SAN DIEGO (KGTV) - While the Foo Fighters and Katy Perry will sing music to KAABOO-goers' ears, a lineup of chefs will find their ways to their heart, via their stomachs.

KAABOO Del Mar announced Tuesday their lineup of guest chefs, bringing their culinary game to Del Mar Fairgrounds. Chefs from around the U.S. will be in town for the festival, which takes place Sept. 14-16, to spice up the fairgrounds.

Among the guests, numerous chefs who have showed off their skills on TV will take the "Palate" stage, including Marc Forgione, Tu David Phu, and Dakota Weiss.

Some San Diego locals will also be cooking up a storm, including Richard Blais, of Juniper & Ivy, Brian Malarkey, of Herb & Wood, and Claudette Zepeda-Wilkins, of El Jardin.

Here are the chefs to look for at KAABOO Del Mar this year:

Richard Blais: A San Diego local, Blais is a partner of Little Italy's Juniper & Ivy and Crack Shack restaurants and owner of the creative culinary company Trail Blais. He's also a recurring judge on Bravo's "Top Chef" and winner of "Top Chef All-Stars." Blais is also a James Beard Award-nominated author for "Try This at Home: Recipes from My Head to Your Plate."

Ludo Lefebvre: Los Angeles' "best chef of 2015," recipient of the prestigious "Chevalier de l’Ordre des Arts et des Lettres" award in France, and named one of the "50 greatest chefs in the world" by Relais & Châteaux.

Brian Malarkey: Another San Diego local, Malarkey is behind Little Italy's Herb & Wood, and partner of the local Green Acre, and Farmer & The Seahorse eateries. He was the founding executive chef of Searsucker and Herringbone restaurants and has two restaurants planned in 2019: Herb & Sea and Animae. Malarkey is also a judge on Food Network's "Guy's Grocery Games."

Daniela Soto-Innes:  Soto-Innes was named to Forbes Magazine's "30 Under 30: Food & Drink" list and her restaurant Cosme has been named to the magazine's "World's 50 best" list.

Jessica Koslow: Koslow is owner of the Los Angeles' Sqirl and a 2018 James Beard Award Semi-Finalist in the "Best Chef category." She's been dubbed the "leader of New California Cuisine."

Evan Estrada: Estrada, 13, has appeared on "Master Chef Junior" season 6 and has continued to cook for non-profit events and guest chef in restaurants.

Aaron Caddel & Rene Montelongo: Caddel and Montelongo is the creative team behind Mr. Holmes Bakehouse, an inventive bakery with location around California and now in South Korea.

Claudette Zepeda-Wilkins: Zepeda-Wilkins, a San Diego local, is the executive chef behind San Diego's forthcoming El Jardin restaurant and has competed in "Top Chef: Mexico" and "Top Chef" season 15. She has held a variety of positions and honed her craft at some of San Diego's best eateries over the last decade.

Dakota Weiss: Weiss appeared as a contestant on Top Chef Texas and has served as executive chef for Nine-Thirty restaurant and The Backyard at the W Westwood. Recently, her latest venture, Sweetfin, has brought reimagined Hawaiian "soul food" to seven locations in Los Angeles.

Joe Sasto III: Sasto has been featured on Food Network's "Chopped," and as a finalist Bravo’s "Top Chef" season 15. He's served as an executive chef at numerous notable restaurants including Cal Mare, in Beverly Hills, and Lazy Bear.