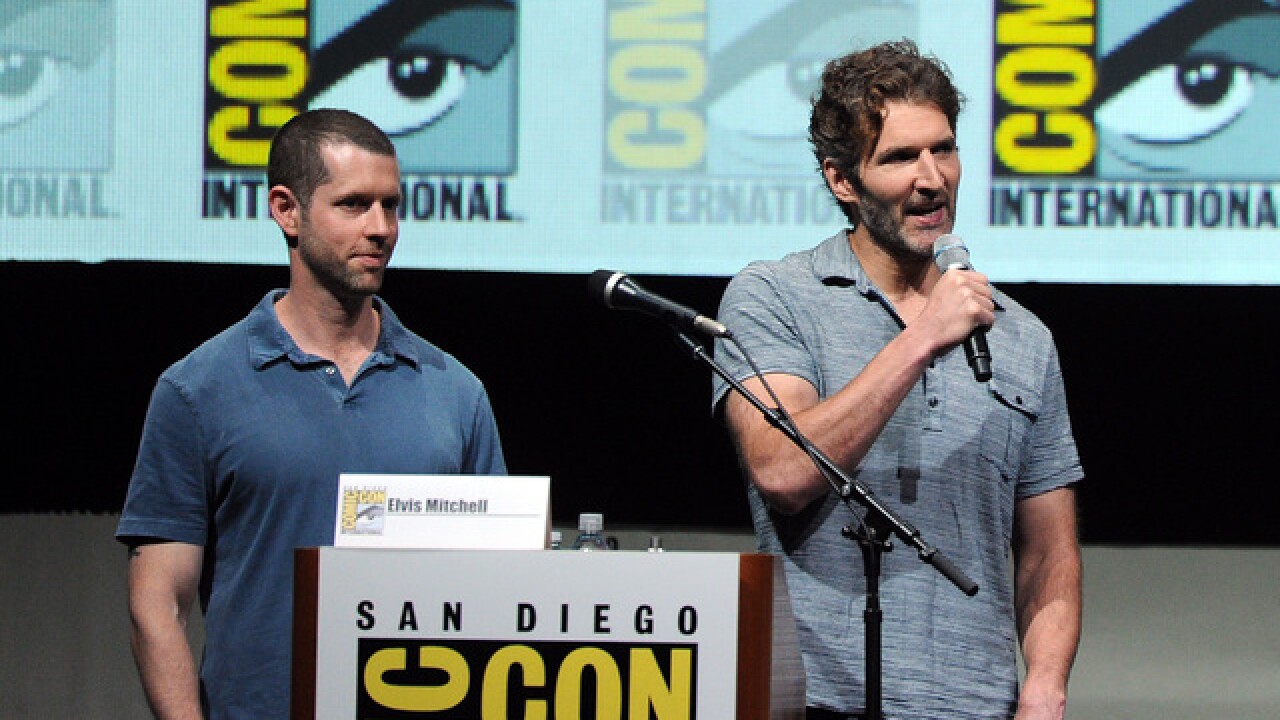 (KGTV) - From King's Landing to distant star systems, the minds behind "Game of Thrones" are heading to a galaxy far, far away.

"David and Dan are some of the best storytellers working today," Kathleen Kennedy, president of Lucasfilm, said. "Their command of complex characters, depth of story and richness of mythology will break new ground and boldly push Star Wars in ways I find incredibly exciting."

Disney does not have a release date set for the Benioff and Weiss films.

"In the summer of 1977 we traveled to a galaxy far, far away, and we’ve been dreaming of it ever since," Benioff and Weiss said in a statement. "We are honored by the opportunity, a little terrified by the responsibility, and so excited to get started as soon as the final season of Game of Thrones is complete."

RELATED: HBO says popular 'Game of Thrones' not returning until 2019

The 8th and final season of "Game of Thrones" is set to air on HBO in 2019. Multiple spin-offs of the show were announced last year,