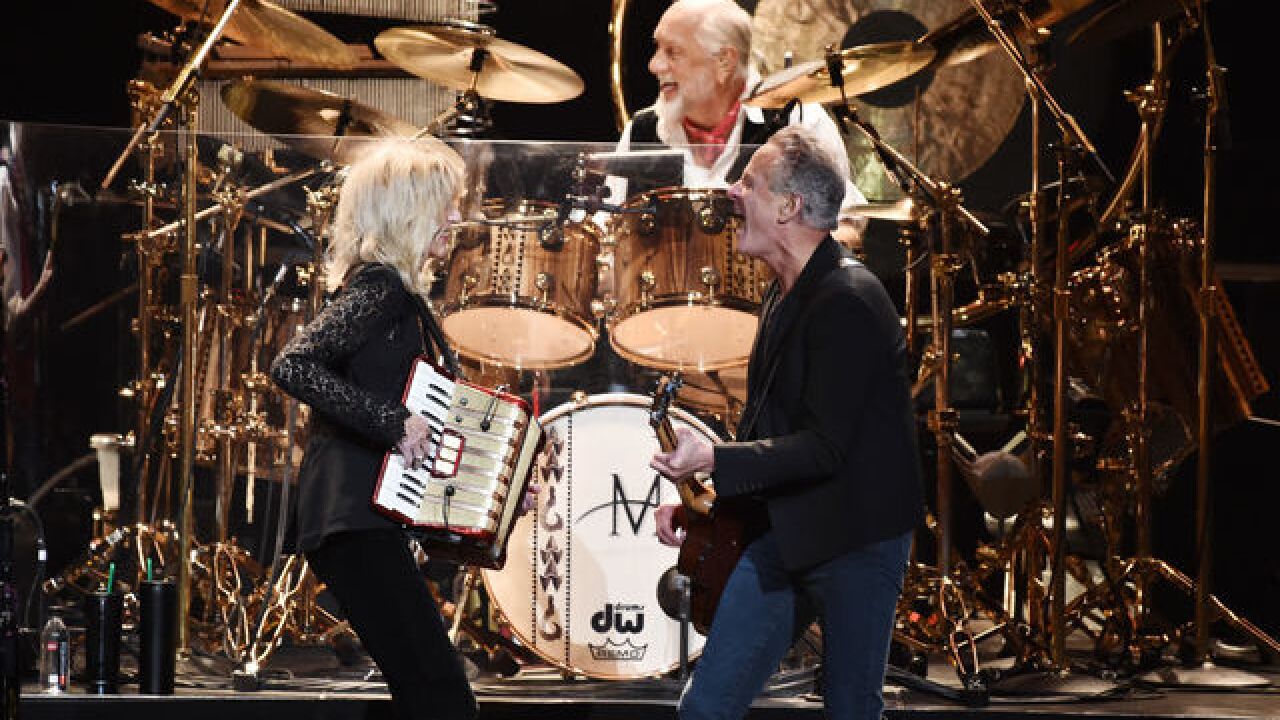 "Fleetwood Mac has always been about an amazing collection of songs that are performed with a unique blend of talents. We jammed with Mike and Neil and the chemistry really worked and let the band realize that this is the right combination to go forward with in Fleetwood Mac style. We know we have something new, yet it’s got the unmistakable Mac sound," said founding member Mick Fleetwood.

Tickets for the tour go on sale May 4 at 10 a.m. Presale tickets are available for American Express card members starting April 30 at 10 a.m. to May 3 at 10 p.m.

The Rock and Roll Hall of Fame band was founded in 1967 in London by Peter Green, Fleetwood, and John McVie. Through the decades, the band has taken on new members, most notably with the addition of Christine McVie in 1970 and Stevie Nicks and Lindsey Buckingham in 1974.

With a changing lineup of members, the band has helped defined music from British blues to California rock.

Fans can also tune into Sirius XM radio channel 30 starting May 1 to listen to the band's songs, interviews, and shows hosted by current and former band members.