SAN DIEGO (KGTV) -- Average rainfall and warmer temperatures, that’s what the San Diego office of the National Weather Service is forecasting this winter.

With a few windows of opportunity for significant precipitation from December to March, it will be a warm and dry winter with more Santa Ana winds expected, according to City News Service.

The National Weather Service predicts that San Diego’s best chance for rain in the near future will be in mid-November.

The maps below show what the rest of November is expected to bring as far as rain and temperatures: 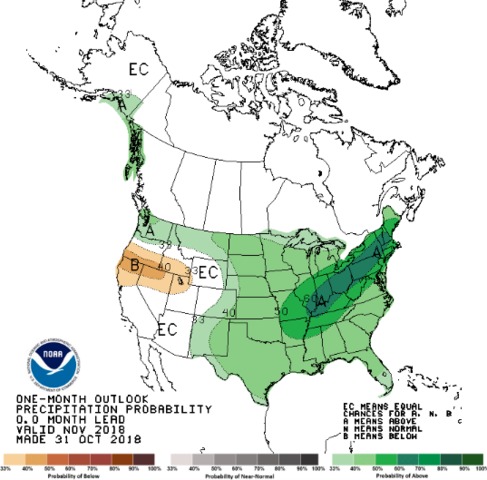 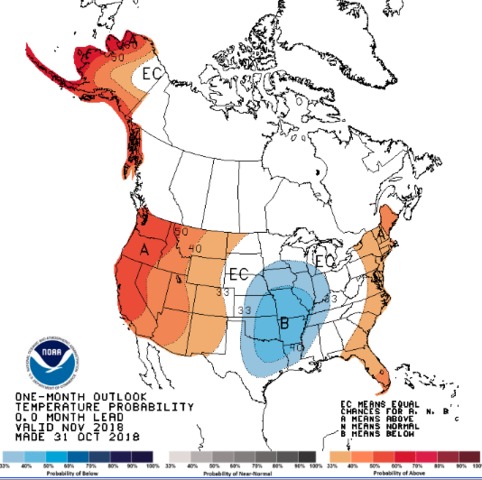 “If we don’t get that rain in mid-November, then we’re talking about severe fire weather conditions again like last year going into December,” National Weather Service meteorologist Alex Tardy said.

10News meteorologist Megan Perry said El Nino conditions are starting to develop. “El Nino is favored (70 to 75% chance) to form and continue through the winter. While historically El Nino favors wetter than normal conditions to the Desert Southwest, that doesn't always happen.”

The most recent El Nino event in 2015-2016 didn’t bring much rainfall to the region while the La Nino of 2016-2017 brought heavy rain and snow to California, carrying the state out of drought.

“At this point, it's a wait and see and hopefully we'll get more rain - we need it after last winter finished as the second driest on record,” Perry said.