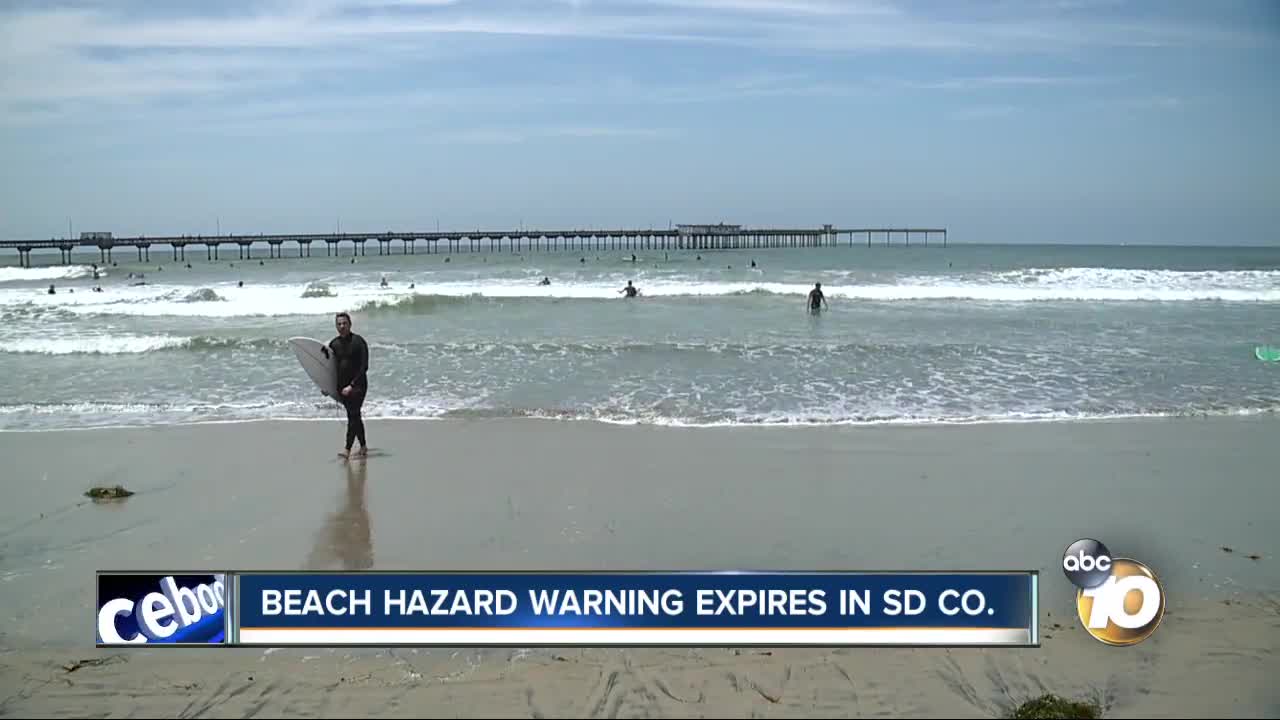 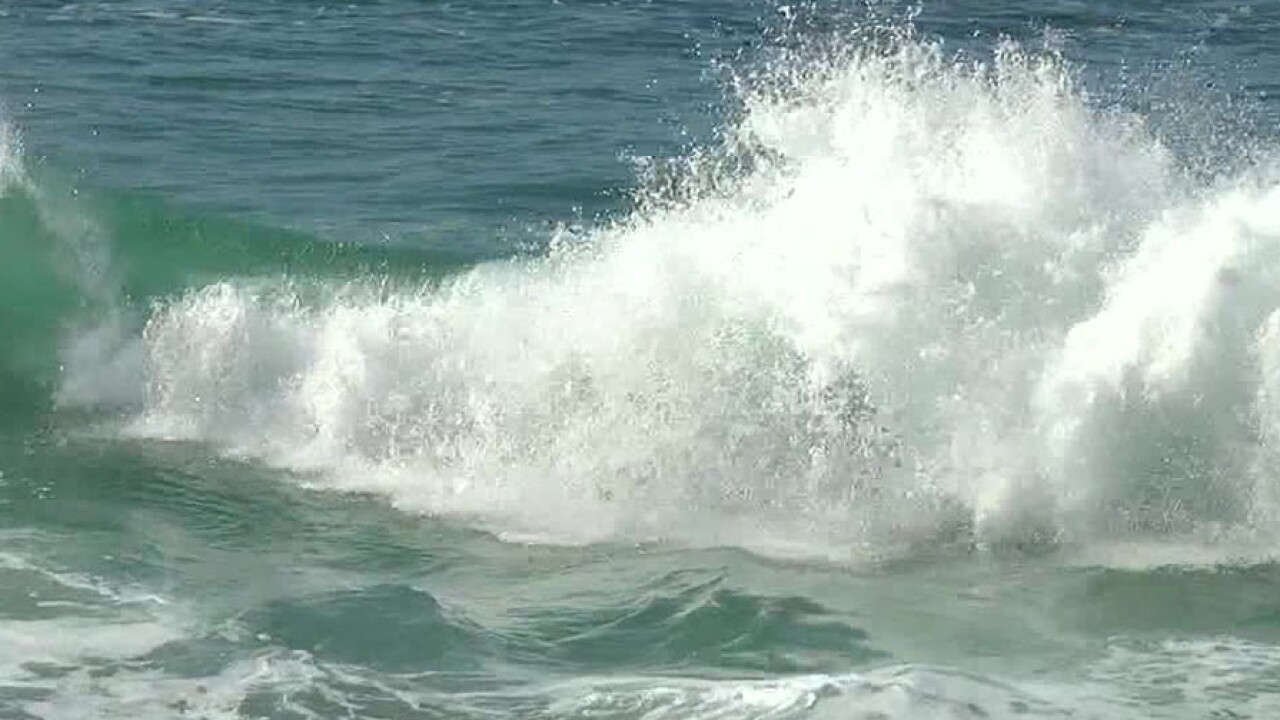 Her daughter Sam likes to play tag with the waves, as they ripple towards her older brother Alex. The Ocean Beach residents say they know the potential dangers of their favorite play area.

"I talk to my son about it because he is a little bit bigger," Craig said. "But my daughter, she stays close. We talk about the ocean being dangerous."

Sunday afternoon, the National Weather Service dropped the Beach Hazards Warning for all of San Diego County. But all weekend, beachgoers faced strong rip currents and high breaking waves. This was a point of concern for some, but great news for surfers like Jesus Rodriguez.

"I think the hurricane is bringing the swell from down south and it has been awesome!" Rodriguez said.

Rodriguez says the waves were much better this long holiday weekend thanks to the high surf advisory. They were so good that he had to share the waves with a lot more people than usual. That is why he was doing two-a-day sessions over the last few days.

"You get a lot better waves and a lot better form on the wave, so you can start ripping them up," Rodriguez said.

As a mother, wants her kids to be safe, but she is not totally against having her children learn about the water on their own.

"If you get wiped out a couple of times, you gain a little bit more respect for the ocean," Craig laughed.