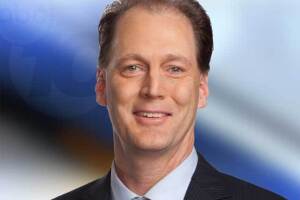 Growing up in San Diego with a father who was a sports anchor meant only one thing -- the topic of conversation in Steve's house usually centered around the Padres, Chargers, Aztecs and even the Clippers.

So, it only made sense that he would follow in his father's footsteps and become a sports anchor himself. To live in San Diego and talk about the teams he has followed his whole life is a dream come true.

As a kid, Steve figured that one day he would play sports professionally. However, his body type just wouldn't let that happen.

As a senior at Granite Hills High School, he was the only 135 pound kid on the football team, and in the Grossmont League for that matter. Amazingly, he never got hurt, but then again, it's tough to get hurt standing on the sidelines.

Steve graduated from Cal-State Northridge with a degree in Journalism. As a senior he won an Associated Press Award for a feature on "Sports Bars."Ironically, that story was only worth a "B" in the classroom. Soon after graduating, Steve was hired at Fox Sports News in Los Angeles working as a Production Assistant.

His first on-air job came a year and a half later when he became the Sports Director at KAWE in Bemidji, Minnesota. It was the first time in Steve's life that he ever experienced below zero temperatures. After a year in the upper Midwest, it was off to Redding, California and KRCR where Steve was the Weekend Sports Anchor.

From Redding, it was back to the Midwest as a Weekend Sports Anchor at WWMT in Kalamazoo, Michigan. What a job that turned out to be, as Steve had the chance to cover Michigan, Michigan State and Notre Dame athletics.

After four years in Michigan, Steve's family and him had enough of the cold weather and decided it was time to return to California. In December, he was hired as the Sports Producer at KGTV.

Steve lives in San Carlos with his wife Abby and son Aden and loves it. He is big into local sports at any level, and is always interested in a good story. He can be reached at steve.smith@10news.com.