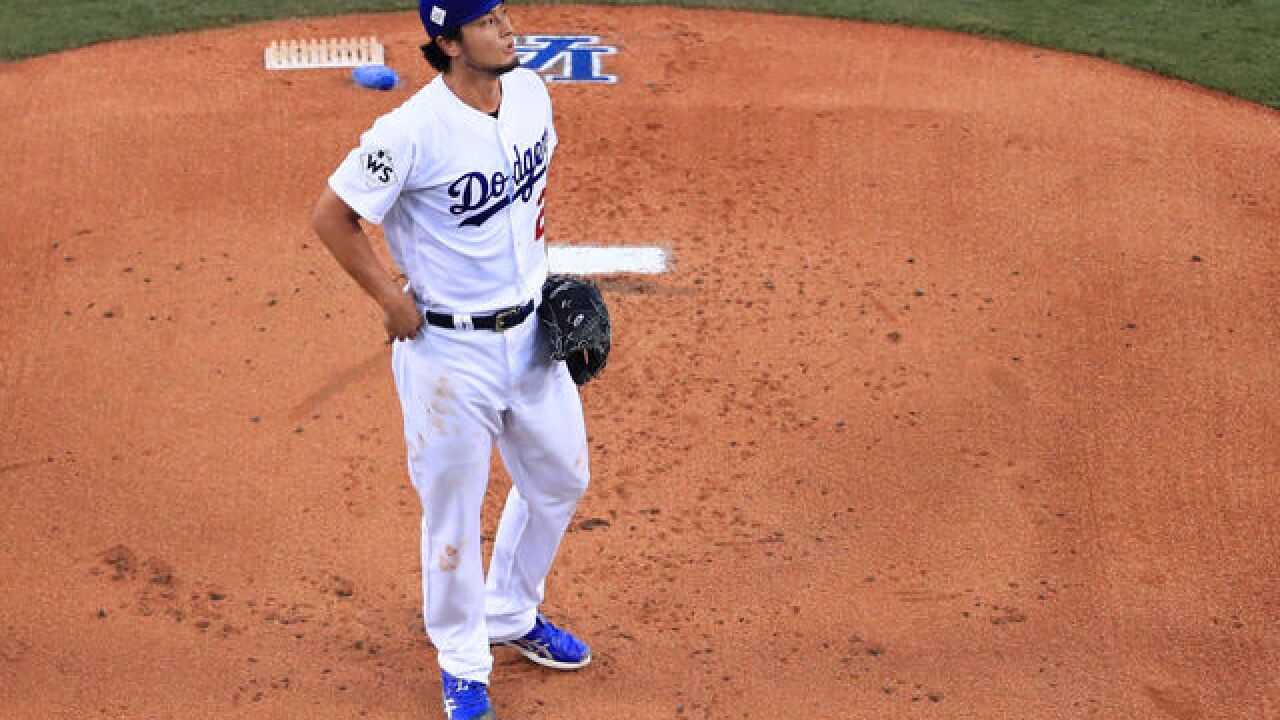 Following the team's 5-1 loss to the Houston Astros Wednesday, Darvish took to Twitter to thank fans and take the blame for Los Angeles' loss.

"The World Series resulted in a disappointment due to my lack of performance, but I will carry this experience to the future," Darvish posted in a statement.

Darvish pitched in two World Series games, giving up nine runs - eight of which were earned - in 3 1/3 innings. However, many on social media have pointed out the Dodgers also left 10 runners on base and 1-13 with runners in scoring position in Game 7.

I'm looking for the record for Runners Left on Base in Game 7 of a #WorldSeries. The #Dodgers have to be close. #Astros

Dodgers are 1-for-13 with runners in scoring position and have left 10 on base in a game they trail 5-1. So there's your difference.

Darvish is scheduled to enter free agency next season.

"I am honored to be part of this organization and play baseball with the support of great fans," Darvish wrote.