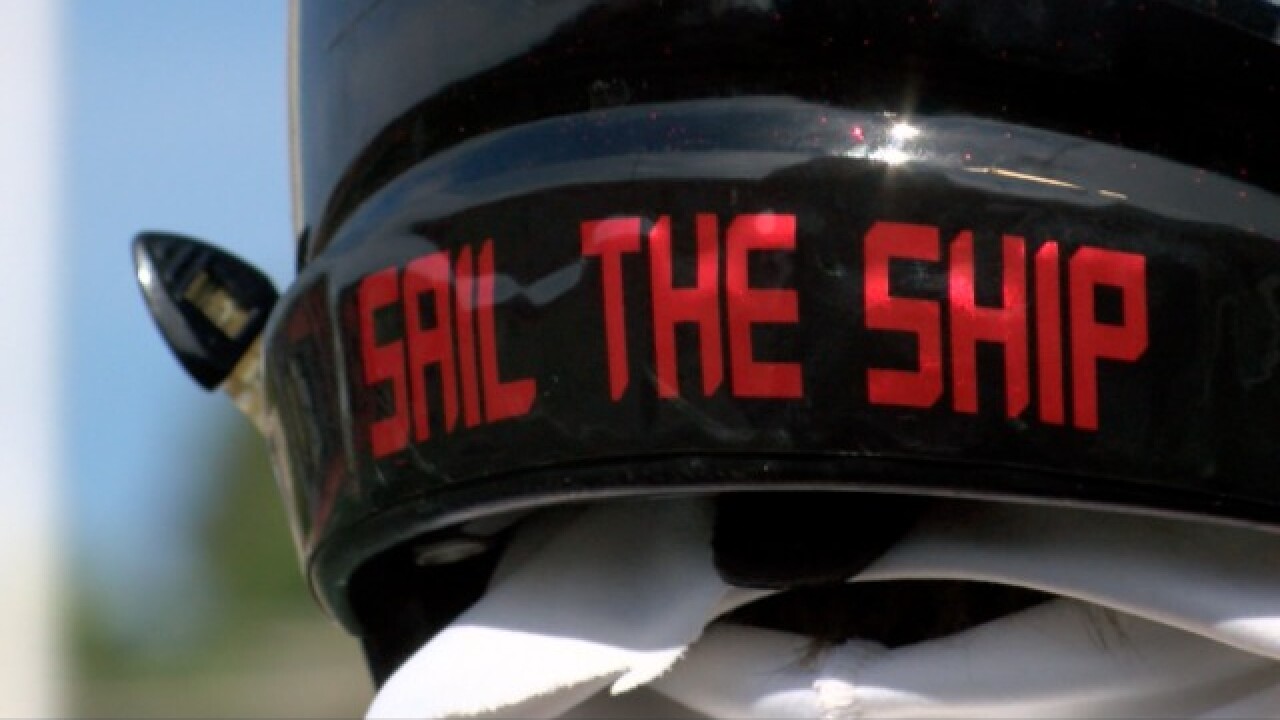 You'll also see the phrase "Sail The Ship" in red block lettering on the back of every shiny black helmet.

"SAIL is our motto. It stands for selflessness, accountability, integrity, and love," says senior Evan Brown.

The second-oldest high school in the San Diego Unified School District, La Jolla's football program hit a rough patch in recent years. The Vikings hadn't posted a winning season since 2007, when most of the current players were in preschool and kindergarten.

The changed when head coach Tyler Roach took over a couple of years ago, and the Vikings are hoping to build on 6-6 and 7-5 records the past two seasons.

"When I took over, kind of figuring out what we wanted to be about, how we wanted to establish our culture, trying to latch on to the Viking motto, and that's where the "Sail The Ship" motto came up."

Roach admits he borrowed the idea from Minnesota Golden Gophers head coach P.J. Fleck. Fleck made the phrase "Row The Boat" famous as a motto when he coached Western Michigan to a 13-1 record and a Cotton Bowl appearance in 2016.

"P.J. Fleck's a guy a look up to a lot," Roach told 10News. "I researched a lot about his program, his excitement, and his energy."

It's an energy Coach Roach hopes will lead to more winning seaons at LJHS.

The Vikings are getting the 10News Pro Treatment this week, with daily coverage of the team all the way through their game against Santa Fe Christian on Friday night.