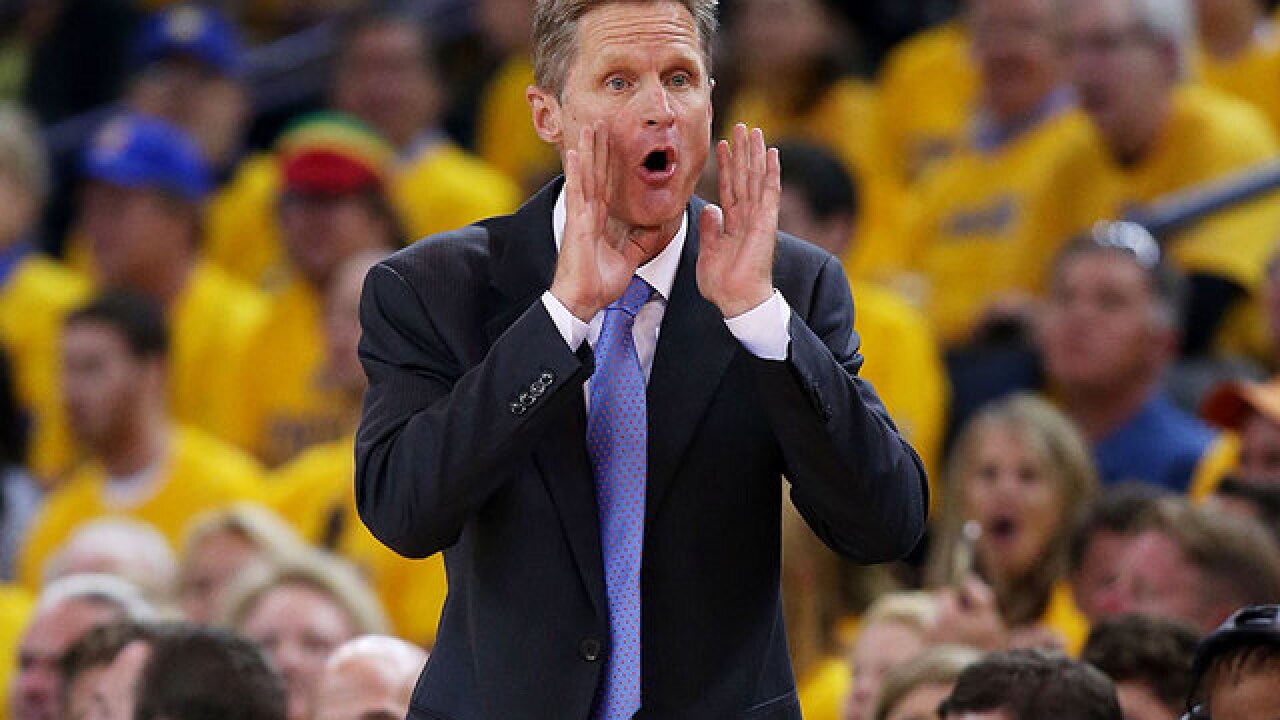 (KGTV) - San Diego doesn't have an NBA team, but will once again be represented in the NBA Finals.

Longtime Rancho Santa Fe resident and Golden State Warriors head coach Steve Kerr is four wins away from accomplishing a feat that will be very difficult to match.

Think about it. Most teams hire a new coach because the previous one wasn't getting the job done. Building a championship contender is a process that generally takes a few seasons. Kerr took considerably less time.

In his first season, he led the Warriors to a championship.

In his second season, he led the Warriors to an NBA record 73 wins -- only to lose the Finals to the Cavaliers in seven games.

In his third season, Kerr led the Warriors to an NBA record 16-1 record in the playoffs and a second title.

In his fourth season, Kerr has the Warriors back in the NBA Finals for another meeting with LeBron James and the Cavs.

It's hard to even imagine another first-time head coach even approaching that kind of start to a career.

Of course, success is nothing new for Kerr. He was Michael Jordan's 3-point sharpshooter for three championships with the Chicago Bulls, and lent his skills and veteran leadership to two more titles with the San Antonio Spurs.

He even led the usually moribund Phoenix Suns to an appearance in the Western Conference Finals during his stint as general manager.

But he's topped all that by coaching a rising dynasty in the Bay Area.

The Warriors are heavy favorites over Cleveland for their latest matchup in the Finals. You can watch the entire series on ABC10.

And when it's all over, Steve Kerr is hoping to return to Rancho Santa Fe to relax with another championship ring.