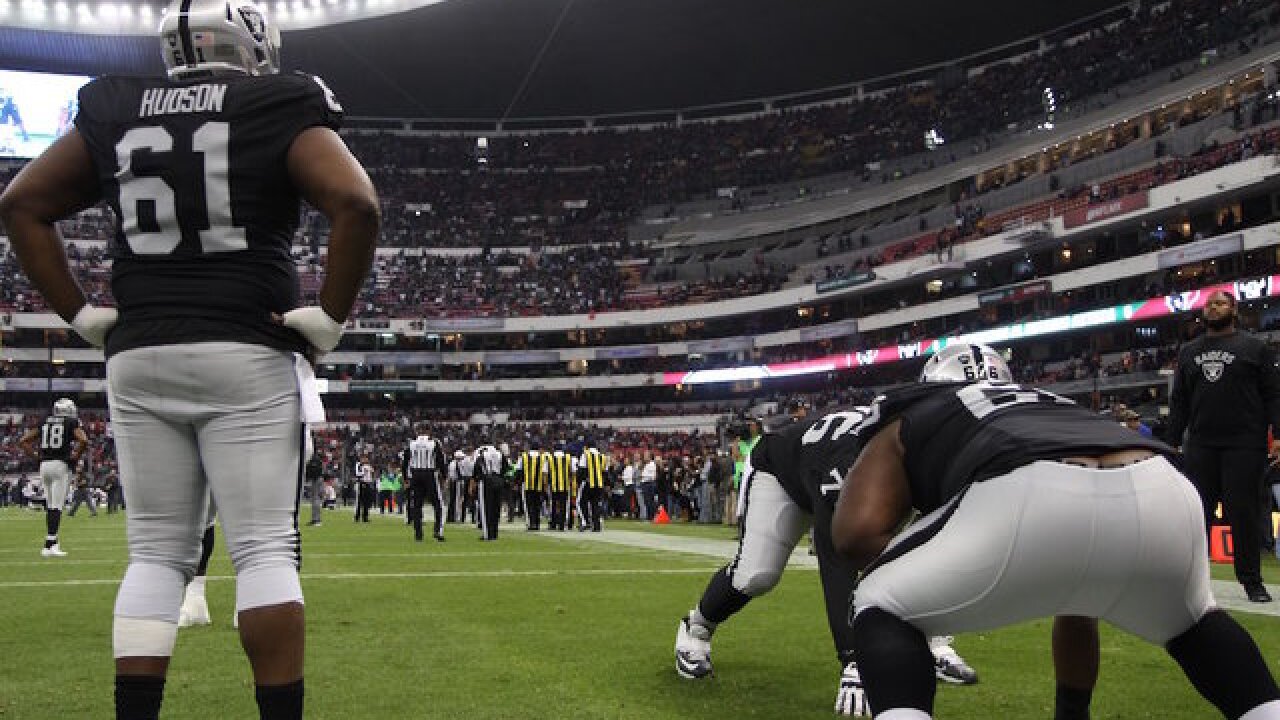 ALAMEDA, Calif. (AP) — The Oakland Raiders have had talks with the San Francisco Giants about playing home games at AT&T Park next season.

The Giants issued a statement Friday confirming the Raiders have expressed "initial interest" in playing in San Francisco in 2019.

The Raiders are moving to Las Vegas in 2020 but have no lease for next year. They had been in talks about renewing in Oakland before city officials sued the team over its planned move. The Raiders didn't comment on the talks with the Giants.

The Giants said many details needed to be worked out before a deal could be finalized. California played college football games at AT&T Park in 2011 when Memorial Stadium was being renovated.

The Raiders played their first four games in San Francisco in 1960 at Kezar Stadium.

Rumors have swirled since the possibility of the team not playing in Oakland next year arose. San Diego, with SDCCU Stadium now dormant after the Los Angeles Chargers relocated, has continually been floated as an option, namely by sports reporters and fans.

NFL Network's Andrew Siciliano asked Raiders General Manager Mark Davis about the possibility of the team playing in San Diego, to which he replied, "not ruling out anything."

Mark Davis: "All options are open."

Reporter: "Not ruling out San Diego?"

Mark Davis: "No. Not ruling anything out."

While not a concrete decision for or against the option, it prompted hopeful San Diego football fans to speculate where the team would land.

While the #Raiders don't have a home for 2019, they would like to stay in Oakland. But if the lawsuit makes that impossible, expect San Diego and Santa Clara's Levi's Stadium to become clubhouse leaders but don't discount an early move to Las Vegas or even...Reno. Yes, Reno.

San Diego is favorite to host the Raiders if they move next season. But @JTtheBrick thinks the Raiders will stay in Oakland here is why... https://t.co/GBvH8pfS7C

So the city of Oakland is suing the Raiders. Purely playing the what-if game: What if the Raiders decided to play next season in San Diego, thereby playing host to the Chargers in America’s Finest City? Were that the case, the god of football would drop the mic and walk off.