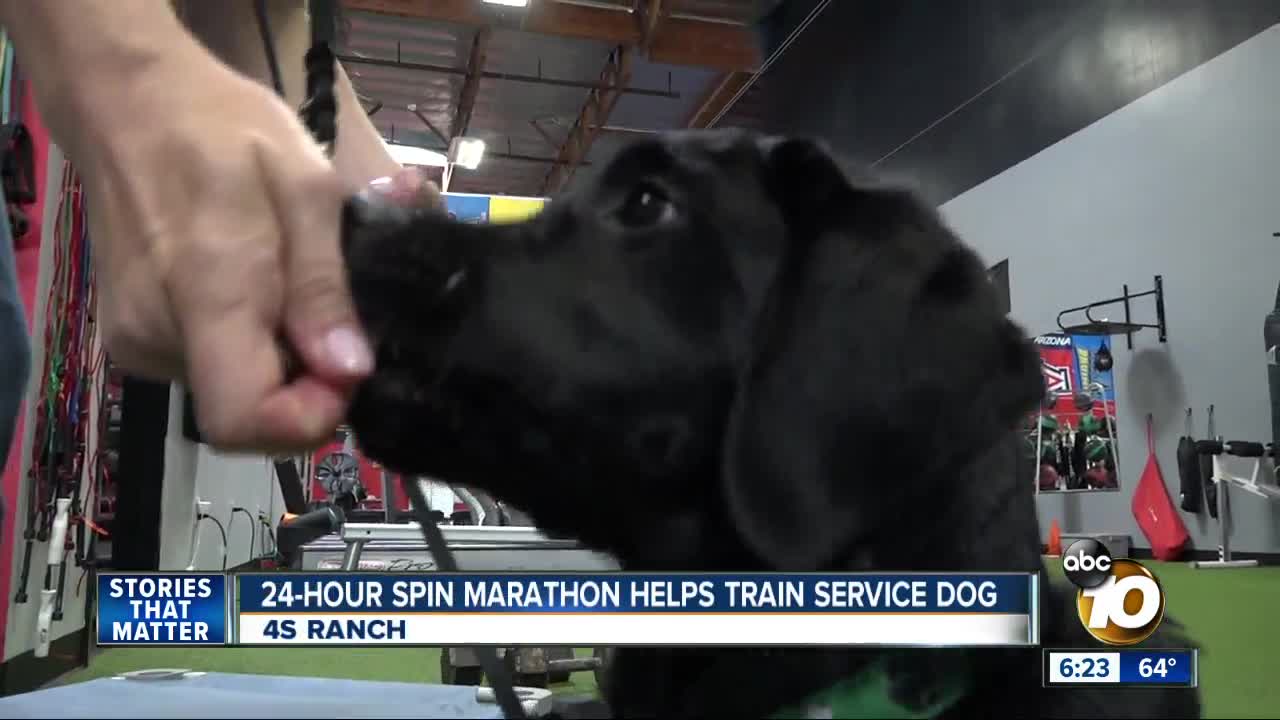 A 24-hour spin marathon is helping train a service dog.

(KGTV) A spin studio in 4S Ranch is planning 24 hours of sweat in the hopes of raising enough money to train a service dog.

On May 18th, Studio SWEAT will host an around-the-clock cycling marathon. The SWEAT Gives Back event will be streamed live on the studio's online platform, which reaches fitness enthusiasts across the planet.

Spinners will be raising money for Paws'itive, an organization that helps train service animals to assist people with disabilities, allowing them to live independent lives. It can cost more than $10,000 to train a service dog.

"The event itself is exciting and exhausting," Studio SWEAT founder Cat Kom tells 10News. "We pretty much don't sleep."

Last year's event raised $12,500 and allowed Paws'itive to place Monty, a golden lab, with Isaac Coulapides, a San Diego teenager who was paralyzed in a traffic accident.

This year's target is to raise enough money to allow Duncan, a rambunctious black lab puppy, to get two years of training as a service dog so he can be placed in a home of need.

"It means to us that Duncan is going to change someone's life who's going through a really tough time," Kom adds. "It means the world to us."

You can find out how to donate to the 24-hour spinning marathon at studiosweat.com.