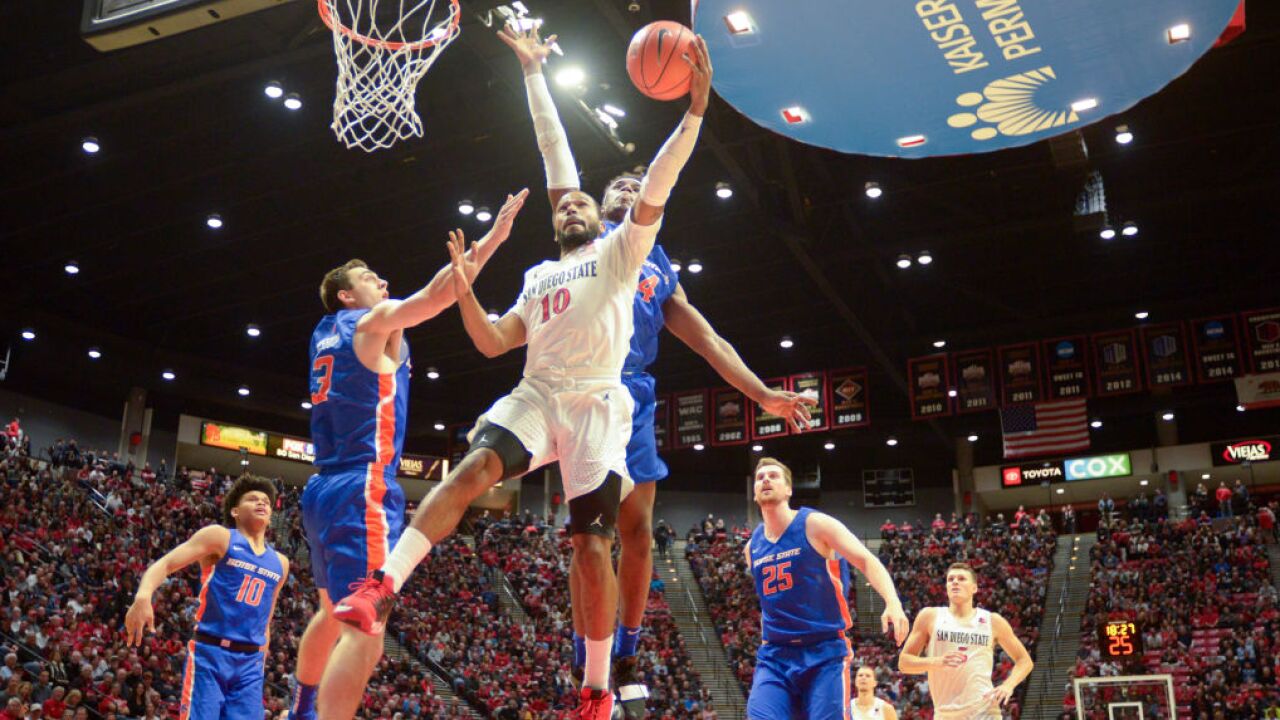 The Aztecs are undefeated (19-0) this season and the only team still without a loss.

The Aztec's Saturday win over Nevada saw forward Yanni Wetzell rack up 17 points and a career-high 16 rebounds and guard Malachi Flynn tally 14 points of his own.

According to the AP, SDSU is the 11th team since 2010-11 to start the season 19-0. The last 10 teams to do so have all reached to NCAA Tournament, with four advancing to the Elite Eight.

Tuesday at 8 p.m., the Aztecs host the Wyoming Cowboys (5-15). SDSU took the last matchup with the Cowboys 72-52 on Jan. 8 for their sixteenth-straight win. In that game, SDSU held Wyoming to 40 percent or less shooting from the field.