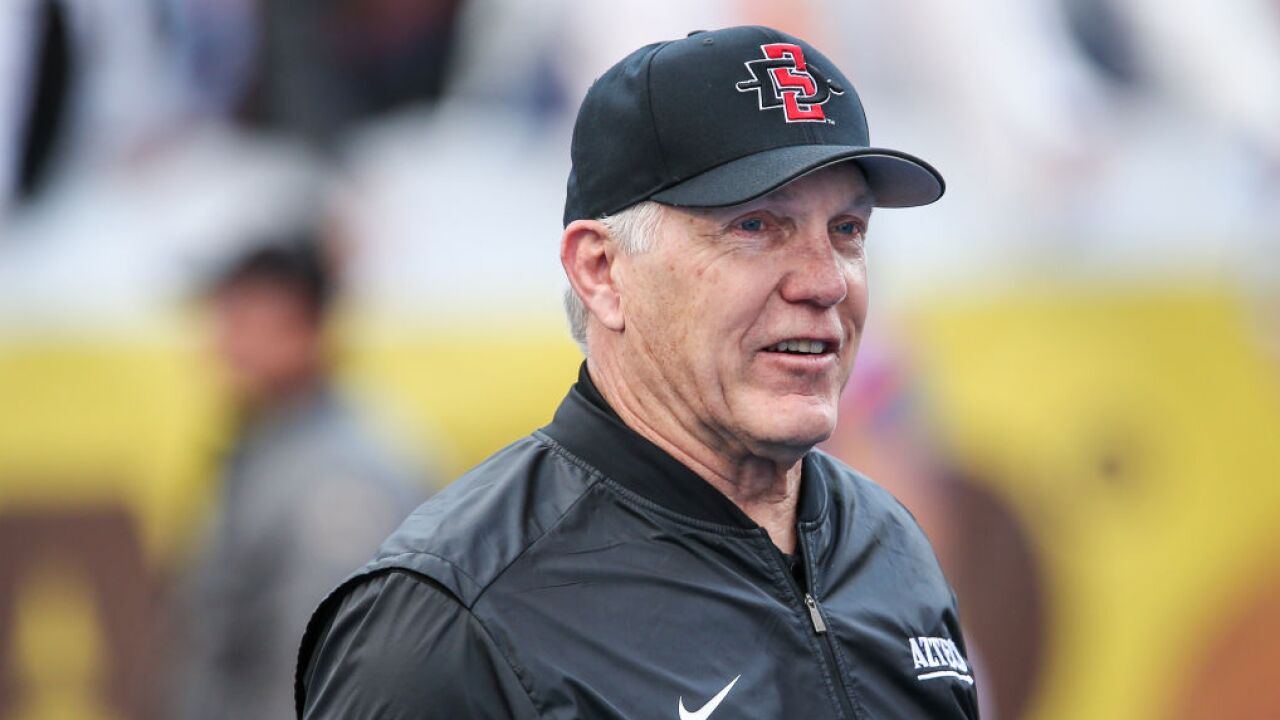 Hoke was SDSU's head coach in 2009 and 2010 before leaving to become head coach at Michigan. Long served as defensive coordinator under Hoke and replaced him when he left in 2010.

During his nine seasons as head coach, Long lead the team to a 81-38 record, three Mountain West Conference championships, and four 10-win seasons since 2015. Combined with previous head coach positions, he is 146-107 in his career.

"It's time. It's time," Long said. "I love coaching but I don't necessarily love all the things head coaches do."

"It doesn't mean the message will be different it just means it will be presented in a different way ... as you grow older you know when it's time," Long said.

Long never saw a losing season at the helm in San Diego, his team's best performances coming in 2015 and 2016 with back-to-back 11-3 records. He was named Mountain West Conference coach of the year in 2012 and 2015 and led SDSU to a bowl appearance all nine years, with four bowl wins.

SDSU's most recent season saw the team end with a 10-3 record and dominant 48-11 win over Central Michigan University in the New Mexico Bowl.

Since taking over as head coach, Long has led San Diego to rank 11th in rush defense and interceptions, 14th in total defense, 20th in scoring defense, 22nd in turnovers caused, and 26h in defensive pass efficiency, according to the school.

It's unclear what Long intends to do next, but sources tell ESPN he spoke with Syracuse about a defensive coordinator position recently and intends to keep working. To that point, Long remained coy on those rumors, saying only that he's been contacted by programs and "as of this moment I'm retired. That doesn't mean I'm not going to listen to what they have to say."

"I was smart enough to listen. And a couple of those places I visited," Long said. "I mentioned it before, I'm tired of being head coach but I love coaching."

Hoke posted a 13-12 record during his first two seasons with San Diego, going 4-8 in his first year and turning the program around to a 9-4 record and Poinsettia Bowl win the next season. As head coach at Ball State, SDSU, Michigan, and Tennessee, he's recorded an overall record of 78-72.

"When Brady decided to come back I told everybody he's the best defensive line coach around," Long said of his replacement. "He's a great guy and a great head coach."

Hoke thanked Long and the program officials that looked to bring him back into the Aztec fold.

"It's great to be back," Hoke told reporters Wednesday. "You never get to do something twice that you really want to do in life ... I can assure you, we are going to keep going in the direction that we're going."

Hoke said he'll next be looking at how he'll put together his coaching staff, saying "I think the guys here are a privilege to work with and are good men."

In his time away from San Diego State, Hoke says he plans to continue the trends and successes already in place.

"I think philosophically, that hasn't changed much," Hoke said. "You always grow, if not, you won't get to where you want to go."