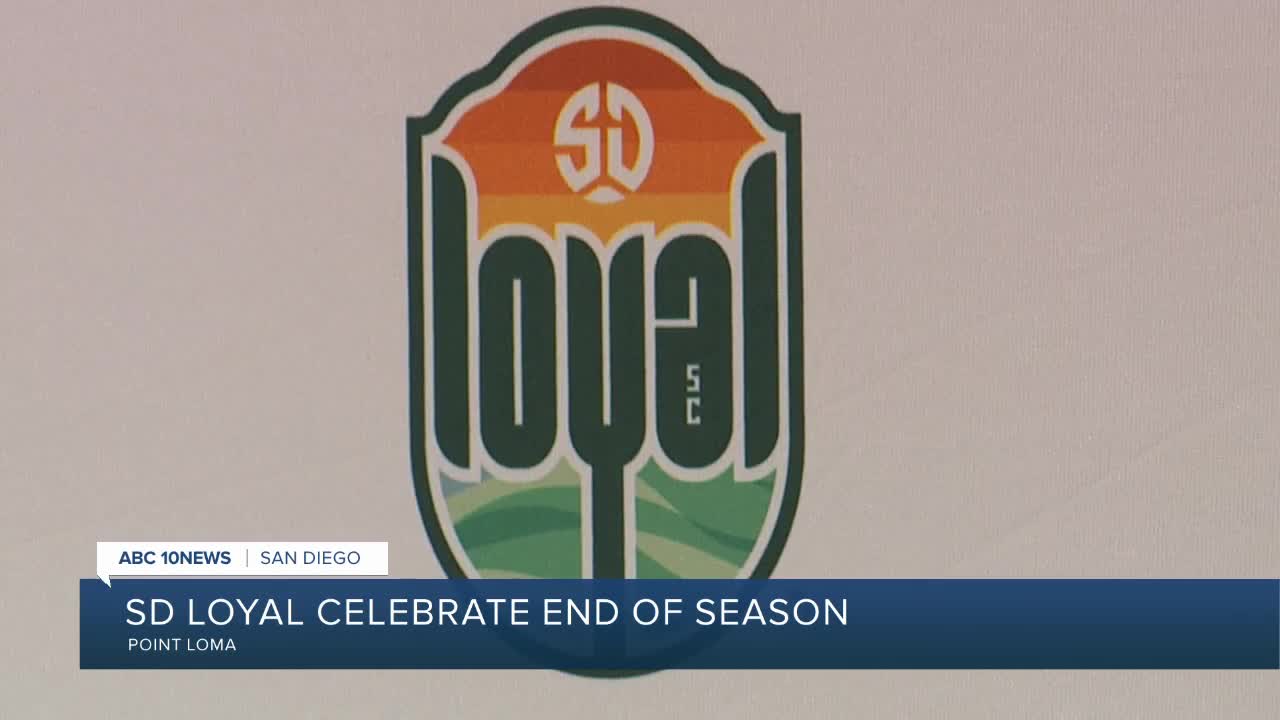 San Diego Loyal FC’s inaugural season in 2020 was a roller coaster, but team officials said they were proud of all they accomplished this year.

SAN DIEGO (KGTV) -- San Diego Loyal FC’s inaugural USL season in 2020 was a roller coaster, but team officials said they were proud of all they accomplished this year.

"I'm extremely proud of our team. On the field, our goal was to make playoffs. Now, we didn’t achieve that, but more important than that, we want to live to our values every day, and we unequivocally lived to the values we want to live to,” said Landon Donovan, the U.S. soccer star who serves as the team’s executive vice president.

The squad, playing in the United States Soccer Federation (USSF)-sanctioned Division II, first had to deal with the repercussions of a global pandemic, postponing their season in March. Then, in August, players in their match tested positive for coronavirus.

But after each hurdle, the team showed up on the turf, determined, and ready to play.

Then towards the end of the season they battled another dilemma when one of their players faced racial and homophobic slurs on two separate occasions, in back-to-back games.

This led to Donovan's decision to peacefully protest and forfeit both games.

"We preach often they're humans first, athletes second. It was important we stood by our teammate, brother, someone who now feels like a son, and made a decision that was bigger than sports,” said Donovan.

The players, on the Phoenix Rising and LA Galaxy, who allegedly made those slurs were suspended by the USL.

The San Diego Loyal could have potentially made it to the playoffs, but Donovan said the stance they took for something they believed in surpassed moving forward in the season.

Although there's no more goals for the team this season, they're aiming towards a new one -- one that focuses on the future.

"It's now our responsibility to make sure we're proactive in being part of the solution. We need to educate, speak to people, help them learn why it's important and why it meant so much to us."