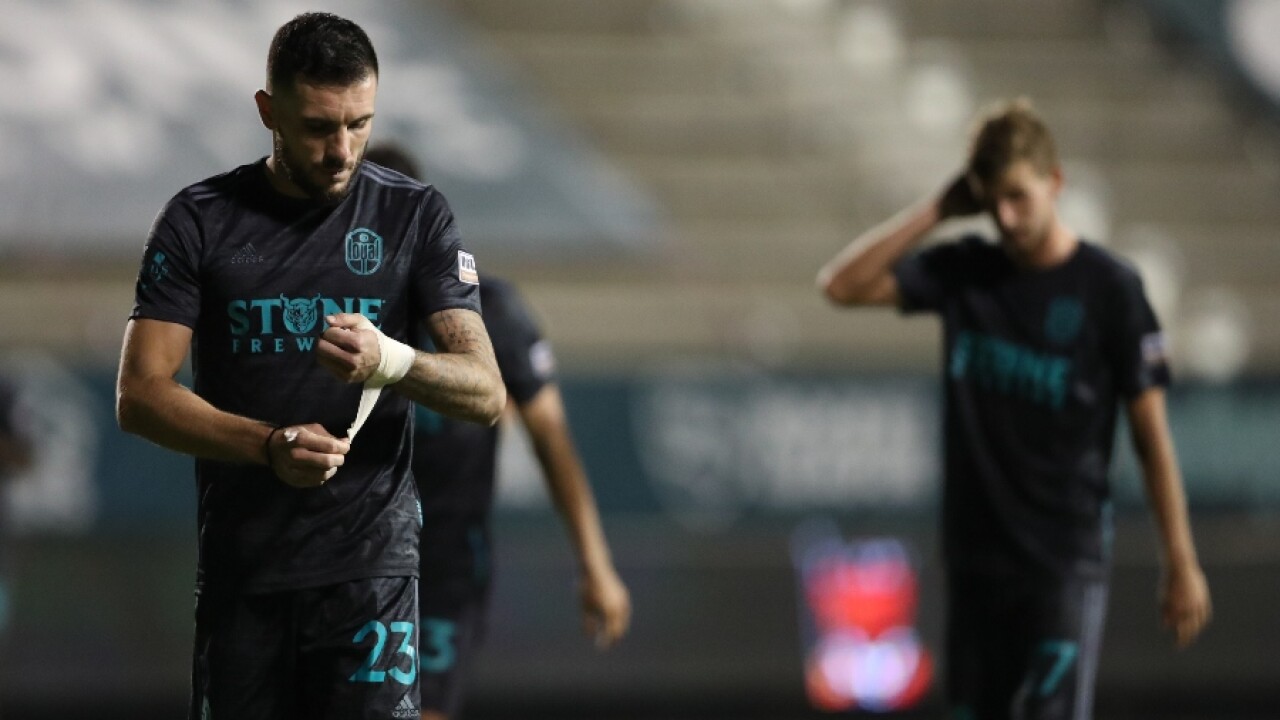 SAN DIEGO (KGTV) -- San Diego Loyal SC players walked off the field in protest Wednesday night after a member of the opposing team allegedly directed a homophobic slur at a team member.

According to the SD Loyal officials, a member of the Phoenix Rising used a homophobic slur “directed at Collin Martin.”

In response to the incident, the team decided to walk off the pitch in protest.

"Last week we made it loud and clear that we do not stand for racism or homophobia. Nothing has changed this week," the team said in a tweet.

Martin came out as gay in June 2018 while with the Minnesota United.

"[The team] wanted to stand up for what was right." - Landon Donovan

"Listen, when we're all on our death bed, nobody's going to remember if we beat Phoenix 3-1 at home ... no one's going to remember that. They will remember that they stood up for something that they believed in and they supported their teammate and they supported what's right in the world. And that to me is what matters more than anything," Loyal coach Landon Donovan said. "I love soccer, I love this game, it's meant so much to me. I love competing ... but, you can't claim that you have these values if you don't act when it really matters."

A win Wednesday night would have captured second place in USL's Group B and a final playoff spot for the team.

Last week, San Diego Loyal said it would forfeit the point it received because of a racial slur used in its game against LA Galaxy II, after the club says midfielder Elijah Martin was the victim of a racial slur by an opposing player.

The USL Championship said in a statement that they were investigating the incident.

"We are aware of the alleged use of a homophobic slur in tonight's match between San Diego Loyal SC and Phoenix Rising FC," the league's statement said. "Foul and abusive language of any type has absolutely no place in our society and will not be tolerated in USL matches. An investigation is currently underway to determine the facts surrounding the incident, and more information will be provided as soon as it is available."

In a separate statement, the Rising said:

"Shortly before halftime during the Phoenix Rising FC match with San Diego Loyal SC this evening, confusion occurred surrounding the referee’s issuance of a red card to a San Diego player. Phoenix Rising is investigating the claim of a homophobic slur being used by one of its players who has vehemently denied these allegations. Phoenix Rising stands with the USL in rejecting and punishing any homophobic behavior."