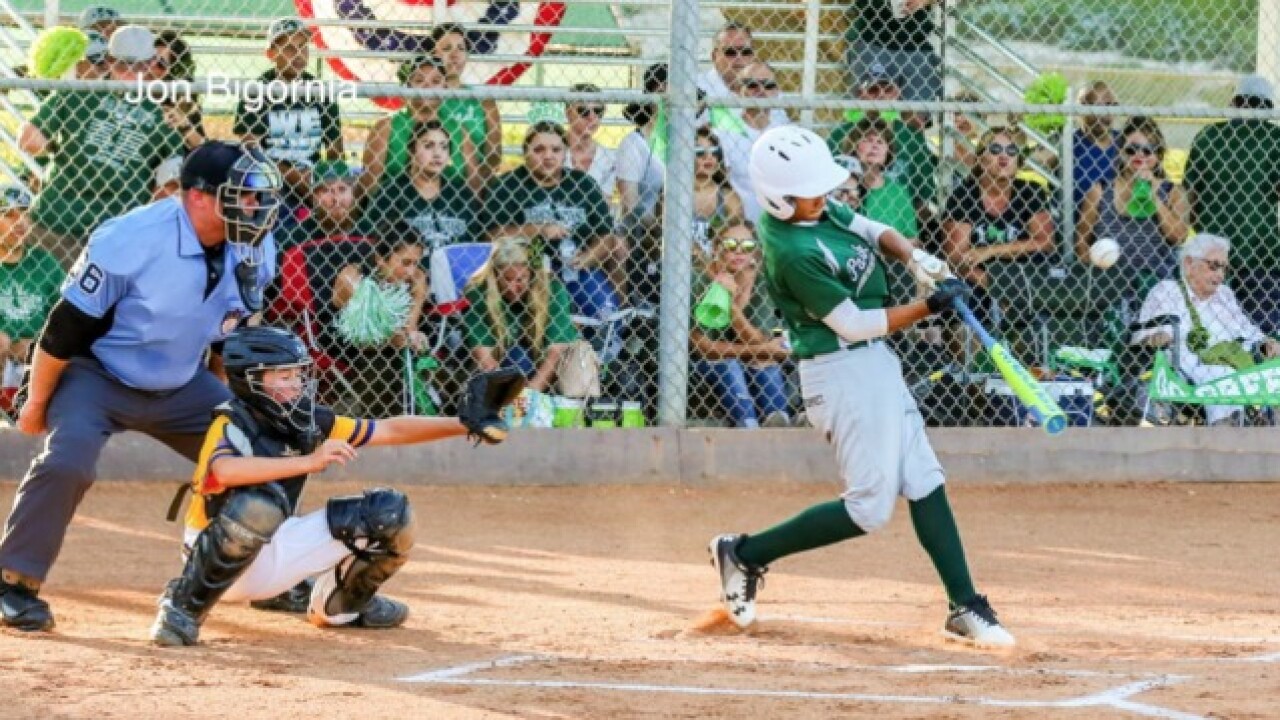 The “Green Monsters” from Chula Vista will take on Sunnyside Little League (Tucson, Ariz.) in an elimination game Tuesday morning at the West Regional in San Bernardino.

First pitch for the game at Al Houghton Stadium is at 11:30 a.m., with live coverage available on the ESPN+ subscription streaming service.

Park View suffered their first loss of their postseason run on Monday night, dropping a 5-3 decision to Silverado West Little League (Las Vegas). The Monsters were held to only two hits -- just one day after hammering 16 hits, including five home runs, in their 16-8 rout of Tri City Little League (Rocklin, Calif.).

PARK VIEW AT THE WEST REGIONAL:

The Park View-Sunnyside winner is scheduled to play Wednesday at 7 p.m.

With their win, Silverado West moves on to play Honolulu Little League on Thursday. The Nevada champions’ game against PVLL was their first in the West Regional.