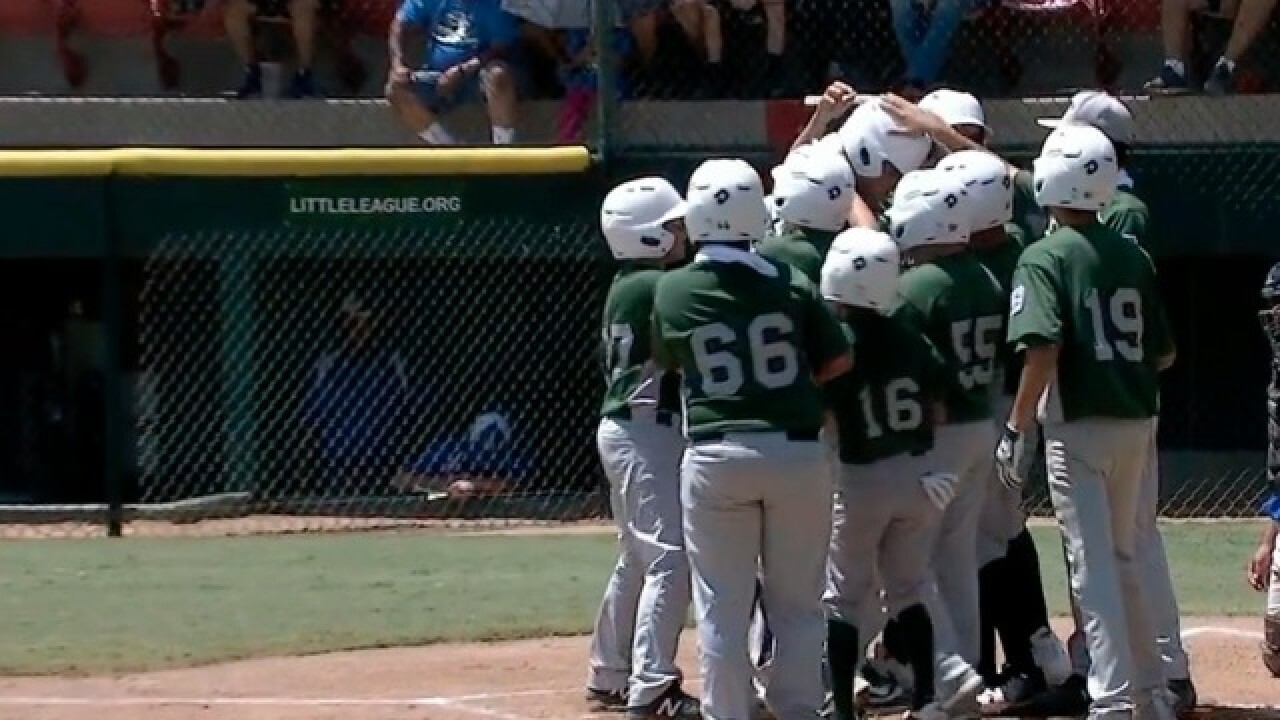 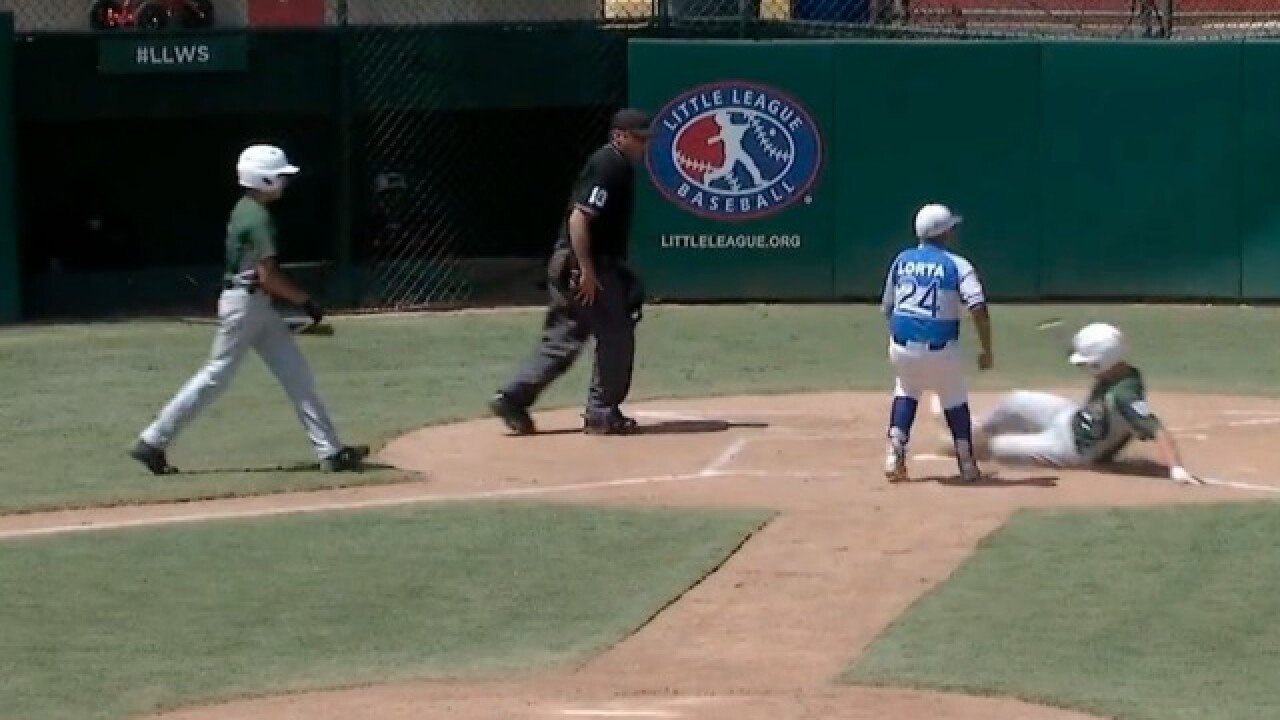 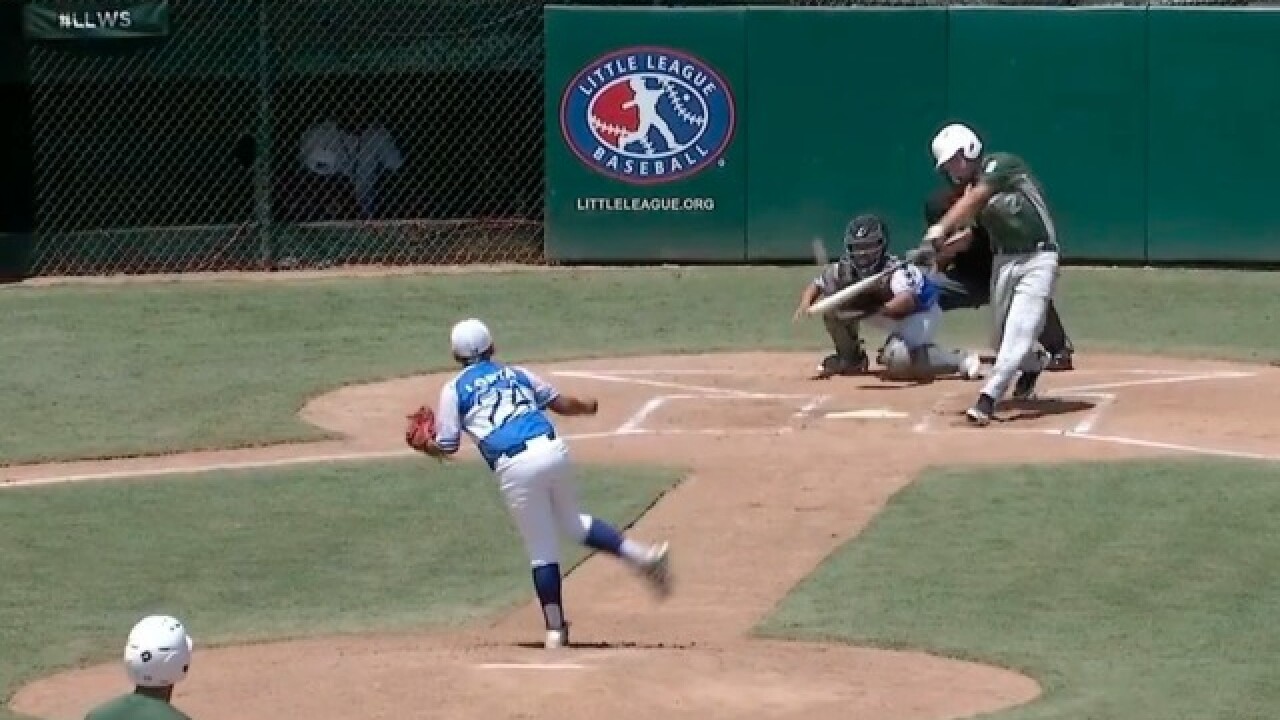 SAN BERNARDINO (KGTV) - With their backs to the wall, facing elimination, an unforgiving heat, and trying to stave off fatigue from a rigorous schedule, the Park View Little League all-stars survived to play another game at the West Regional tournament in San Bernardino.

PVLL, which suffered its first loss of the postseason on Monday, took an early 3-0 lead on a first-inning three-run blast to right center by Mendoza.

The Southern California champs broke the game open in the third inning.

The long inning and blistering 108-degree heat seemed to wear down Arizona starting pitcher Cristobal Lorta.  Lorta started struggling with his form allowing Park View to extend their lead 7-0 on two wild pitches with runners on third and an RBI single to Conner Alonzo.

Sunnyside's decision to keep Lorta on the mound in the fourth inning backfired when the leadoff batter, Ivan Rodriguez Jr., ripped the first pitch down the left field line for a double. Lorta then hit Mendoza and Makai Corpuz with a pitch leading to two more runs later in the inning.

Arizona's last-gasp effort in their final turn at-bat shrunk Park View's lead 9-5 on a two-run homer by Jovanni Toledo but PVLL closer Atticus Gates to force a pop fly to left field for the final out.

The Green Monsters won't get much time to enjoy their victory.  After playing three consecutive days in triple-digit heat, PVLL will return Wednesday night at 7 p.m. to face either Tri-City Little League of Northern California or Dixie Little League of St. George, Utah, in another elimination matchup.

Park View may be favoring a match up against Tri-City.  The Green Monsters defeated the Northern California champs in a 16-8 rout that saw a grand slam and a pair of back-to-back homers from Rodriguez and Mendoza.

The winner of the West Regional advances to Williamsport, Pa., for the Little League World Series, which runs Aug. 16-26.

NOTES
A frightening moment in the fifth inning when Allan Camarillo was knocked to the ground after getting hit by a pitch.  The fastball struck his arm sending him to the floor.  Park View coaches and trainers attended Camarillo, but he managed to walk off the field.  The severity of his injury is unknown at this time...

Camarillo was the third Park View batter struck by a pitch during the game.  Jose Mendoza and Makai Corpuz were both struck in the bottom of the fourth...