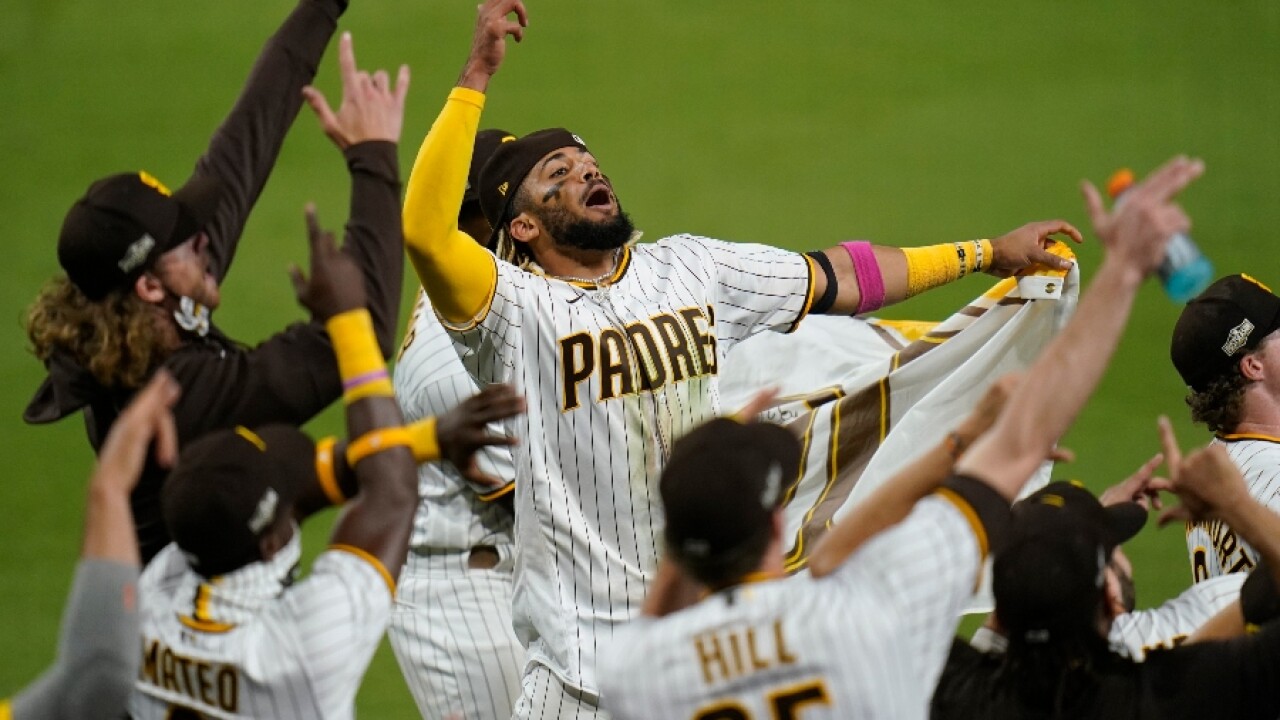 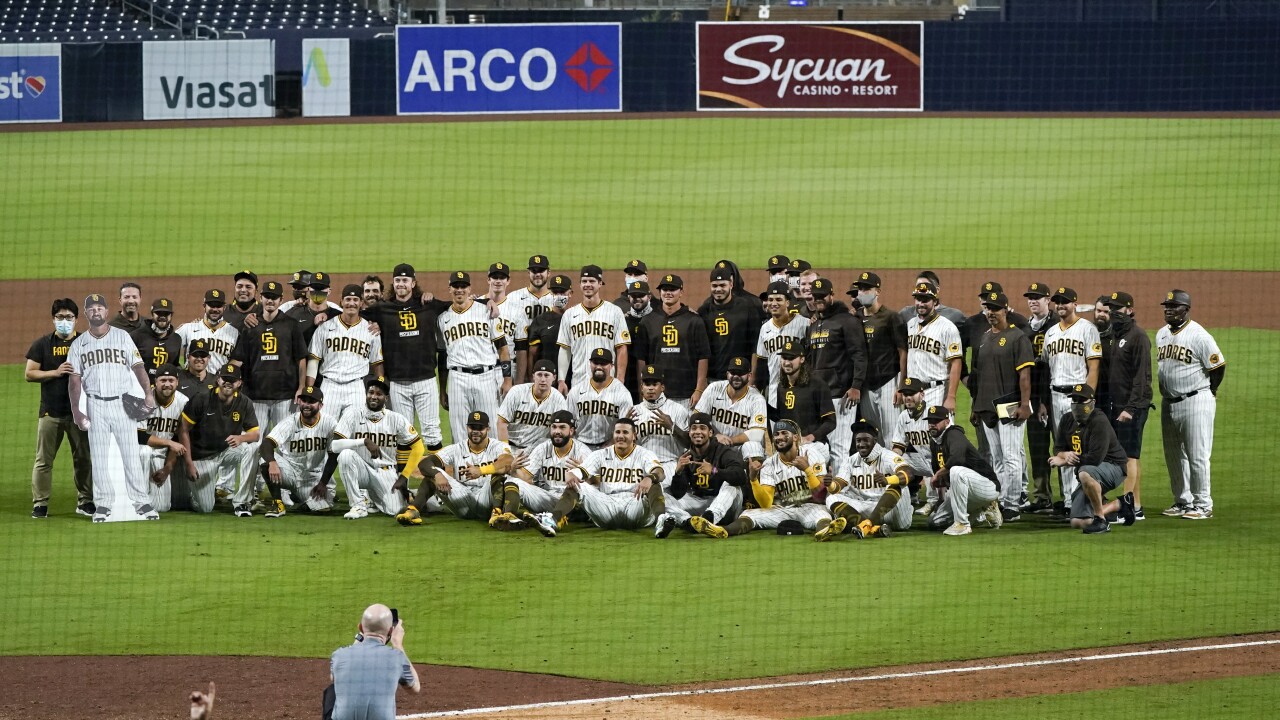 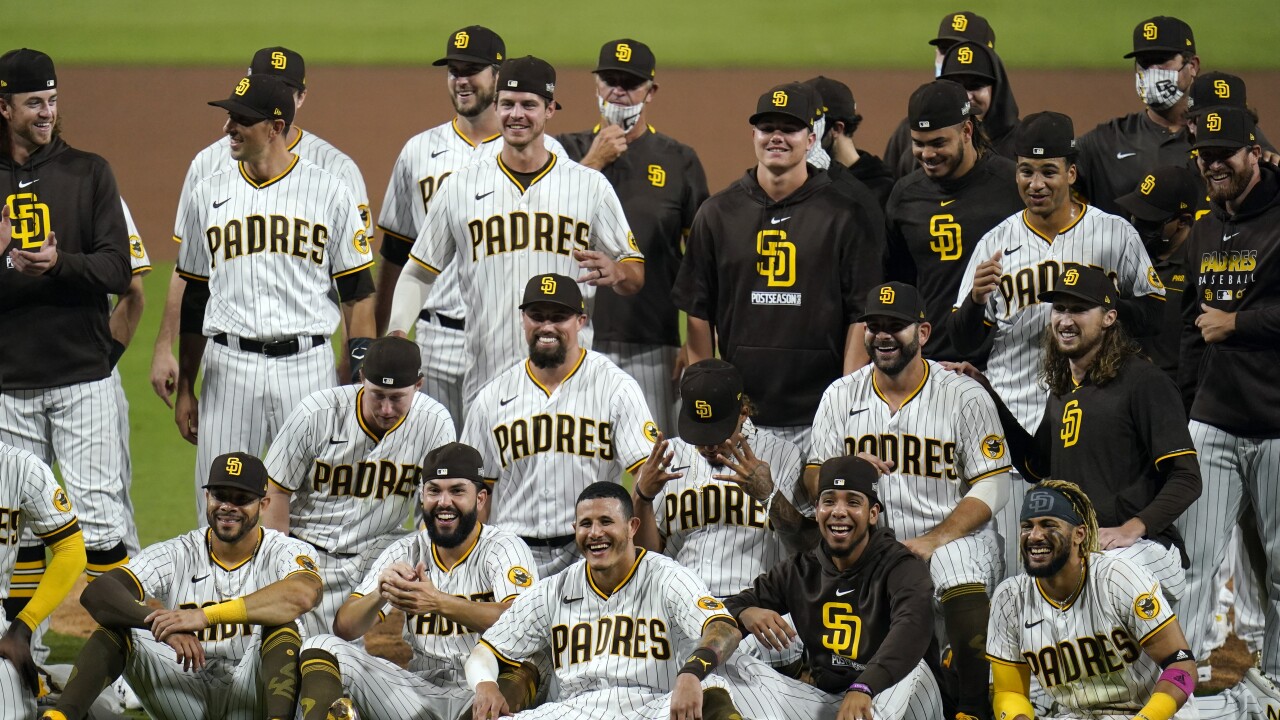 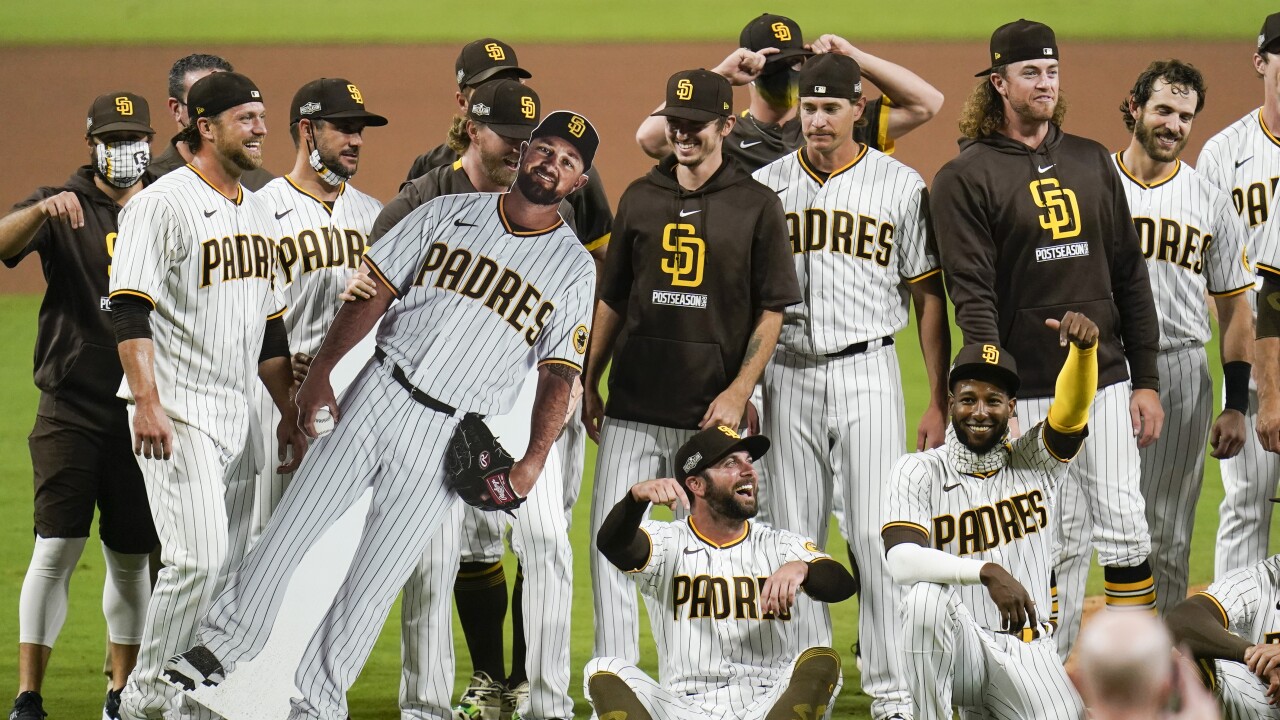 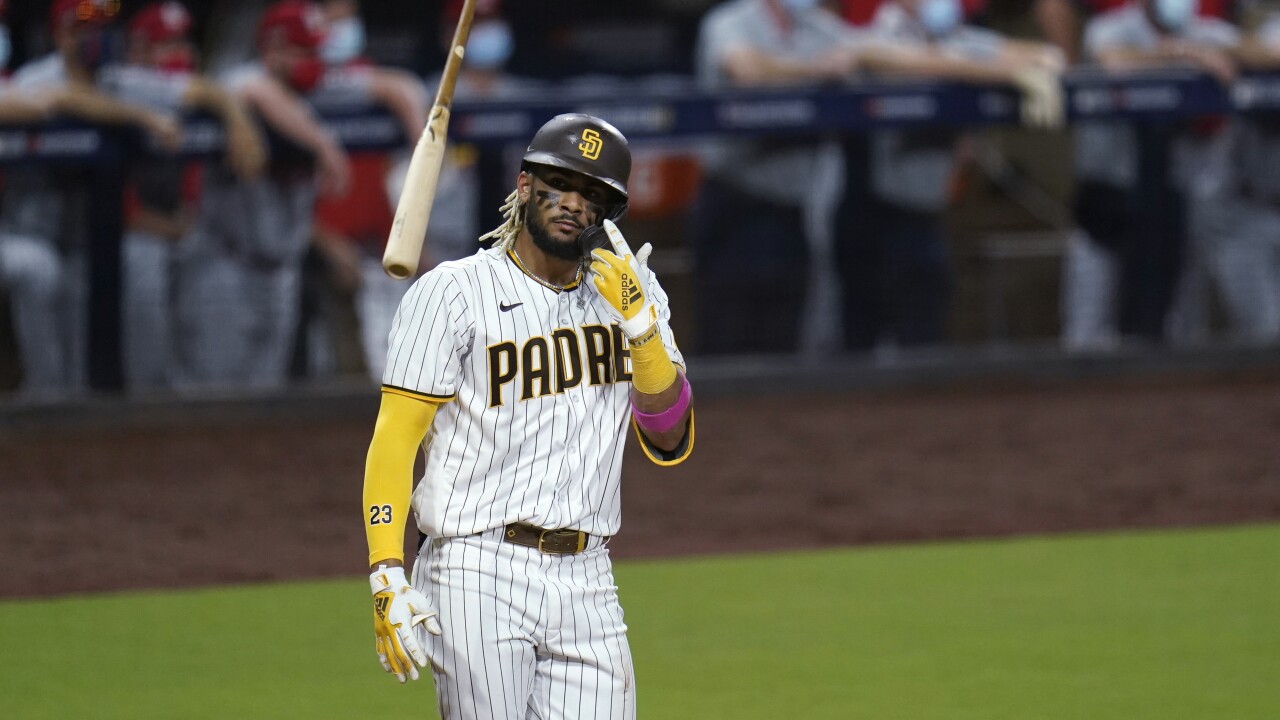 SAN DIEGO (KGTV) — It wasn't the finale Padres fans were expecting. Getting swept by Los Angeles in the NLDS capped a season full of excitement San Diego hadn't experienced in at least a decade.

But the season also provided a glimpse of what the young team is capable of becoming.

"This is a special group. I feel like this is the growing pains," Fernando Tatis Jr. said following the team's 12-3 loss on Thursday. "We’re just getting started. They outplayed us. They played better baseball than we did. We’ve just got to learn. This is just getting started."

MLB's 2020 season was marred with coronavirus precautions, keeping fans out of stadiums and seeing some teams delay games due to player infections. But in San Diego, the season was an escape from the pandemic.

Part of the excitement of this season surrounded the second-half exclamation point "Slam Diego." In six games, the Padres hit five grand slams — an MLB first. It started with Tatis Jr. breaking the "unwritten rules" of baseball with a swing on a 3-0 pitch while the team led by seven runs against the Texas Rangers.

On the subject of stats, here's more for you: The Padres were fourth in home runs (95), third in runs batted in (312), and first in stolen bases (55), according to ESPN statistics.

Speaking of Tatis Jr., the 21-year-old superstar had a strong year, making diving plays at shortstop, dashing around the bases, hitting home runs, and leading dance parties in the Padres dugout.

At shortstop, he brought his total regular season errors down from 18 to 3.

And his memorable bat flip in the NL Wild Card matchup with St. Louis injected the team — and city — with even more excitement and playoff hopes.

He too provided bat flips and energy opposite of Tatis as part of the "Slam Diego" crews of Wil Myers, Tatis, Eric Hosmer, and Jake Cronenworth.

Through the final month of the season, Machado firmly planted himself as an MVP contender.

After coming over from Tampa Bay in a trade that included outfielder Tommy Pham, Cronenworth quickly made his name known as more than an intriguing addition to the trade.

He found himself become an NL Rookie of the Year candidate after filling in for Hosmer at first base early in the season. After shifting back to second base, Cronenworth continued to be an integral part of the infield.

He was named NL Rookie of the Month in August and ranked second in the NL in doubles (15) and triples (3) over the regular season.

Myers provided a solid bat in the Padres' lineup this season, posting a .288 avg. after finishing last season with .239 avg.

He also found himself among the NL home run leaders with 15.

"We know how to win now," said Myers after their NLDS loss. "We’re expecting to win. We’ve got great players in here. I know we came up short tonight, but there’s a lot of optimism here in San Diego. It’s going to be a great offseason for us. Ready to rock and roll and come back next year with a different mentality."

While aces Mike Clevinger and Dinelson Lamet were unable to aid the Padres' playoff hopes, they add to a 2021 season the team intends to end with another postseason run.

Despite the rough end with the team relying heavily on its bullpen in the postseason, the Padres ranked eighth in team ERA (3.86) this season and fifth in strikeouts (565).