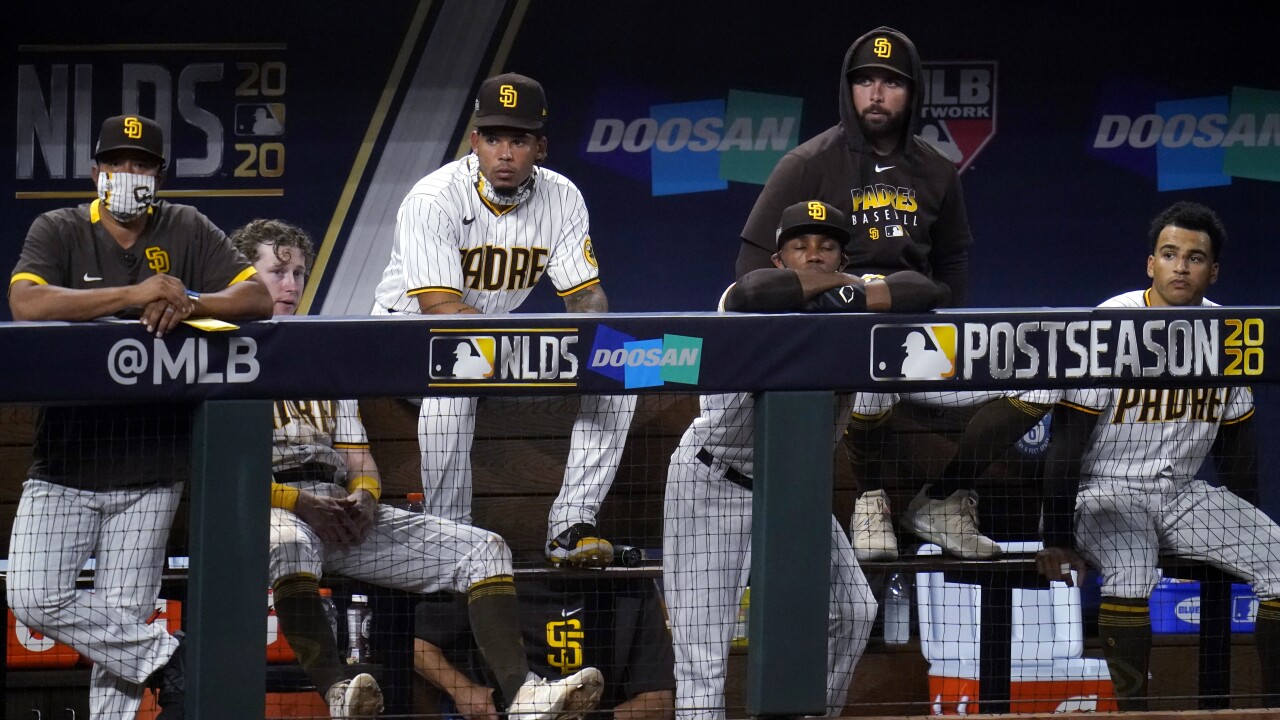 SAN DIEGO (KGTV) — It wasn't the postseason San Diego was electrified to witness.

The Padres battled against the odds from the start. Walking into a Wild Card showdown with St. Louis before the National League Division Series against Los Angeles without aces Mike Clevinger and Dinelson Lamet left the bullpen being asked to deliver each night.

Even in win-or-go-home Game 3, the Padres sent 11 pitchers to the mound — two days after sending nine pitchers out in the series opener.

What the Friars didn't count on was their bats sitting out this series. San Diego recorded 18 hits compared to Los Angeles' 29 hits through three games.

San Diego was able to get three Padres across home plate in Game 3: Jake Cronenworth walked with bases loaded to bring in Eric Hosmer and Trent Grisham singled to shallow left-center to score Wil Myers in the second. Manny Machado scored on a balk in the sixth.

But the Dodgers' bats were too much to overcome, scoring 12 runs on 14 hits to seal the series sweep for Los Angeles and the team's fourth trip to the NLCS in five seasons. The Dodgers will face the Atlanta Braves for a spot in the World Series.

Despite the loss, 2020 wasn't all doom and gloom for the young team. San Diego finished the 2020 regular season with a .617 winning percentage — the team's first winning season since 2010. The pandemic-shaped season also saw the team's first NLDS appearance since 2006 and first playoff series win since 1998.

Taking on the joyous cry of "Slam Diego," the Padres became the first MLB team ever to hit five grand slams in six games this season.

While 2020 wasn't the San Diego's year for the big cake, the season was by no means unsuccessful and one the city had waited a decade to see.