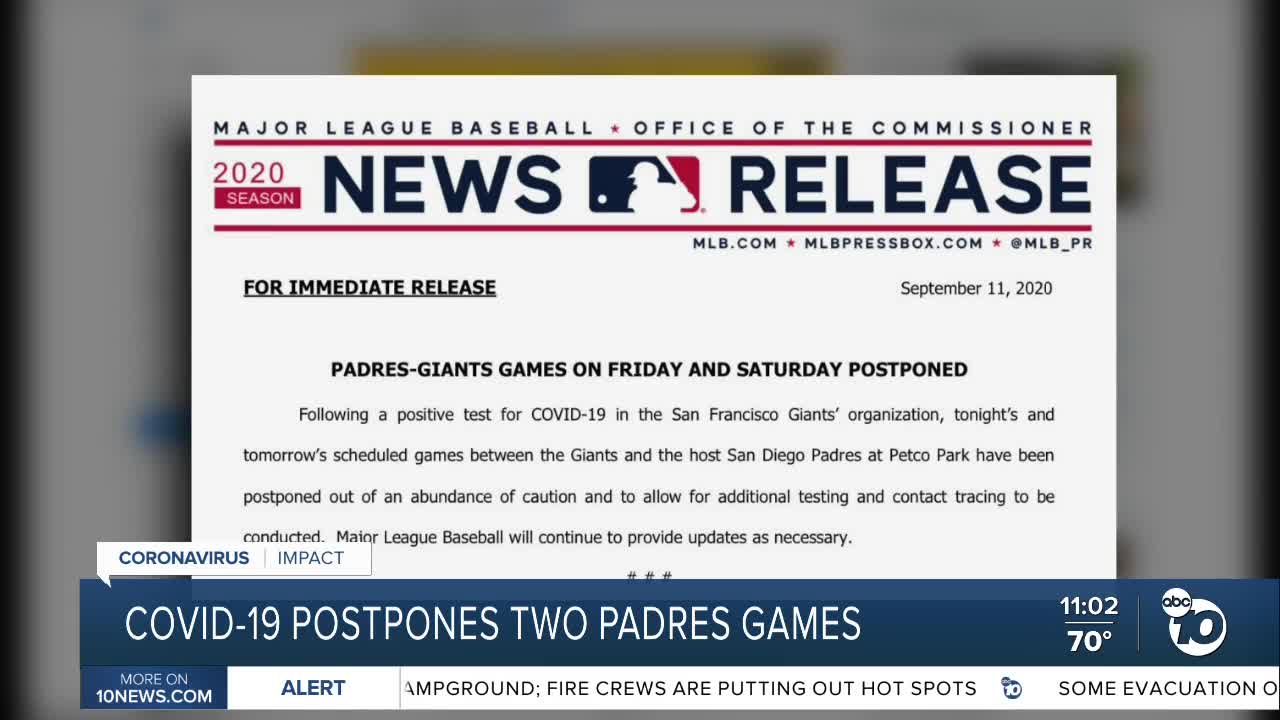 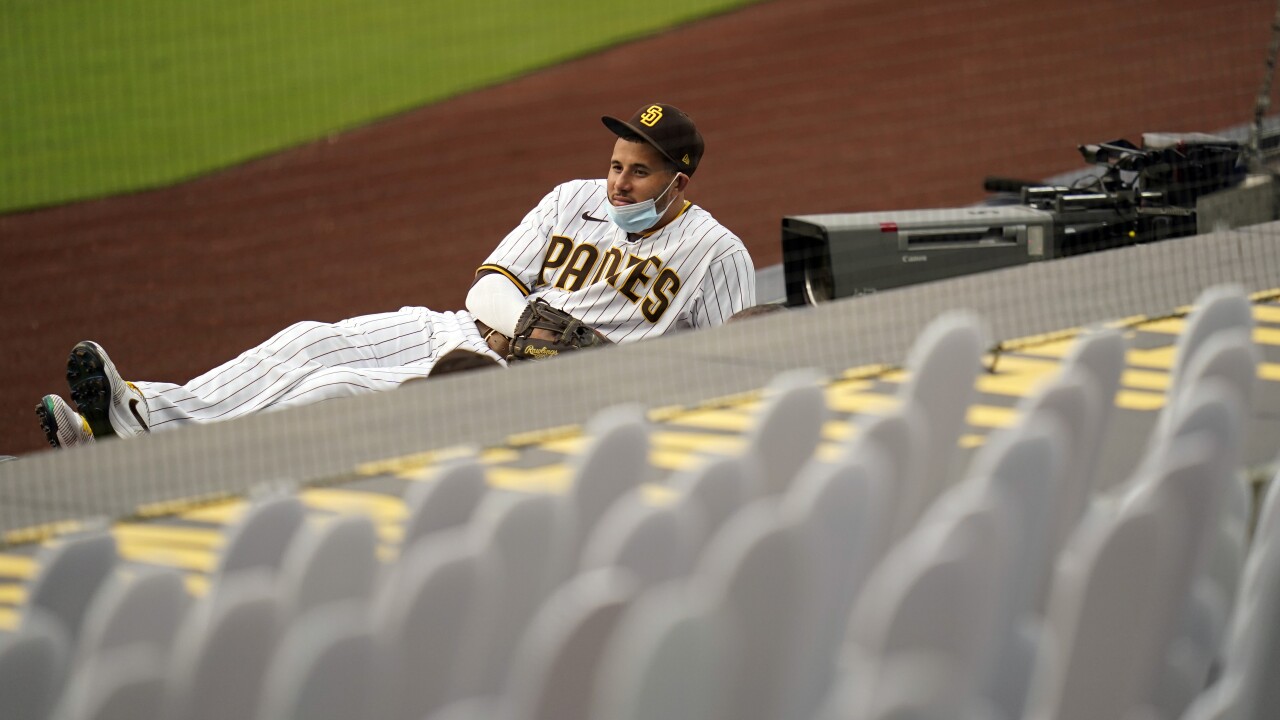 SAN DIEGO (KGTV) — Friday's matchup between the San Diego Padres and San Francisco Giants was abruptly postponed after a positive COVID-19 test within the Giants organization.

The team posted on social media that the game has been postponed moments after it was scheduled to start at 6:10 p.m. Saturday's game was also postponed to allow for additional testing and contact tracing.

"Following a positive test for COVID-19 in the San Francisco Giants’ organization, tonight’s and tomorrow’s scheduled games between the Giants and the host San Diego Padres at Petco Park have been postponed out of an abundance of caution and to allow for additional testing and contact tracing to be conducted. Major League Baseball will continue to provide updates as necessary," a statement from the Padres read.

According to ABC 10News Sports Director Ben Higgins, a team source said the Padres were informed that a Giants player had tested positive for coronavirus. The name of the person who tested positive was not immediately released.

Friday's game was the second of the teams' four-game series through Sunday.

Prior to Friday's postponement, the MLB said earlier in the day that 11,669 samples had been collected and tested in the last week through Sept. 10. One of those samples was a new coronavirus case in a staff member and there had been no positive COVID-19 tests in players.

The MLB also reported earlier on Friday that there had been no new positive coronavirus cases in players for the past two weeks. Since the season started, 55 players and 31 staff members have tested positive for the virus.

So far this season, there have been 45 postponed games — including the two games at Petco Park on Friday and Saturday — due to positive coronavirus cases, according to the Associated Press.

Several media reports on Friday had also pinned San Diego as a host for the American League Division and Championship, as the league reportedly looks to keep teams in bubbles to limit exposure to players, staff members, and others competing in the postseason.