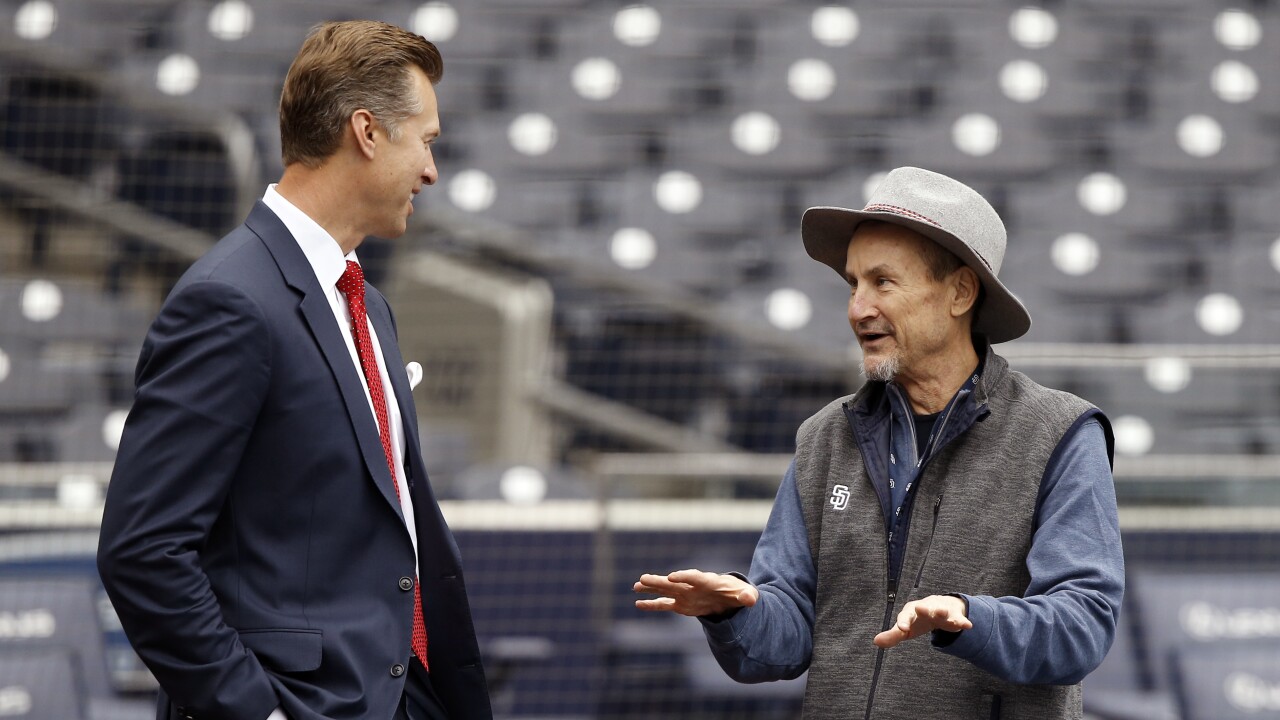 Seidler, 60, will move into the role of chairman as Fowler transitions to an advisory role of vice chairman, according to the team.

"I greatly appreciate the support of Commissioner Manfred and the other MLB team owners and am excited to assume the responsibilities of control person and Chairman," Seidler said. "The Padres hold a special place in San Diego and our organization will continue to work tirelessly to bring consistent championship quality baseball to our supportive and deserving fans. I particularly want to thank Ron for being instrumental in building outstanding qualities including a strong work ethic, an entrepreneurial spirit and a focus on continuous improvement into the foundation of our franchise."

Seidler had been the team's general partner since 2012.

"I’m very proud of our accomplishments over the last eight years in San Diego, including rebuilding our brand, improving the product on the field and showcasing our beautiful ballpark to our community and beyond," Fowler said. "As an ownership group, we set out to right the ship and restore pride in the Padres, and I believe we have delivered on those goals. While I will be taking a step back in my daily duties with the Club, I feel we are well positioned for Peter to continue the process and deliver a World Series championship to the City of San Diego."