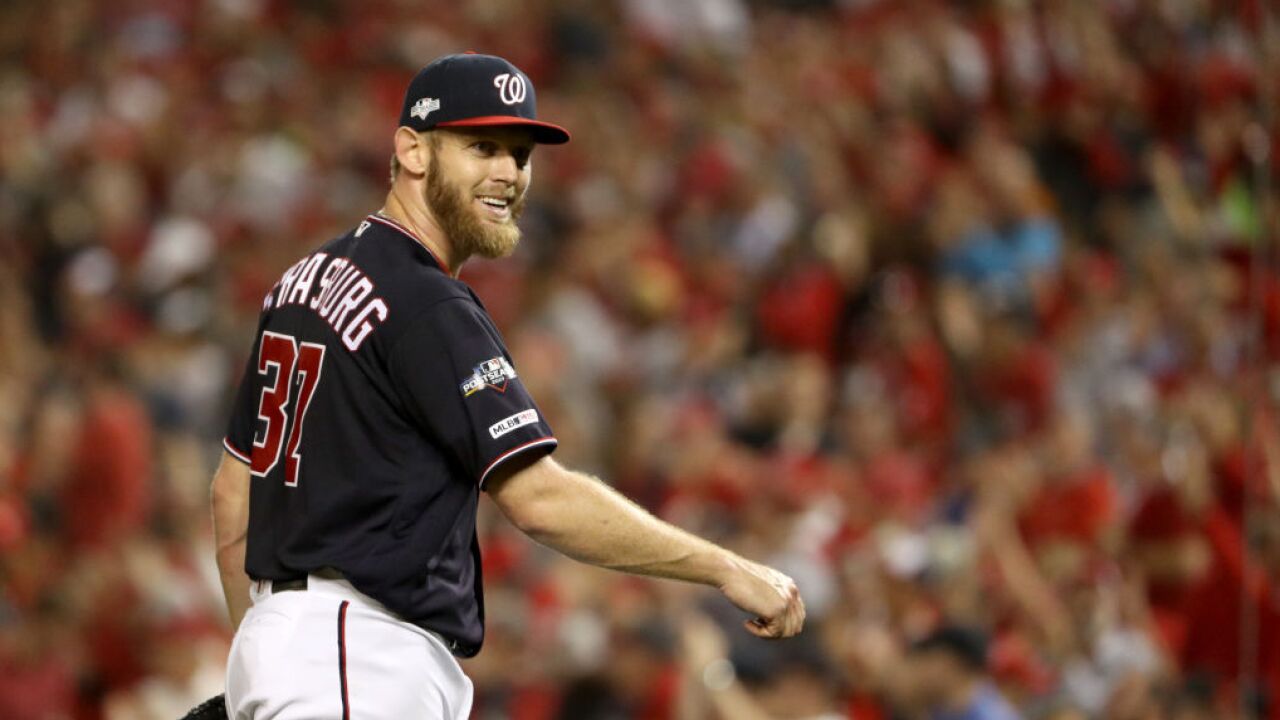 SAN DIEGO (KGTV) — The Washington Nationals will look to a former San Diego State Aztec to lead them into Game 2 of the 2019 World Series.

Now as Strasburg makes his World Series debut, San Diegans will be watching and rooting for the former Aztecs star.

Mark Martinez, Strasburg's pitching coach during his time in San Diego, said the pitcher has been heavily involved in the university's baseball program since leaving for the big leagues.

"He knows a lot of our guys. He comes and works out in the off-season. So he's connected to our program so there's a big sense of pride with our guys," Martinez, now team head coach, told reporters Tuesday. "You can hear them out there talking about Stephen. He's just done so much for our program, you know, being involved with our guys. And backing them not just on the baseball field but in life lessons as well."

During his senior year, he marked his final collegiate home appearance by pitching a no-hitter.

Like his college career, Strasburg's MLB post season has been nothing short of impressive. He walks into Game 2 with a 3-0 record in the playoffs, pitching a 1.64 ERA. He ended the regular season with a 18-6 record, a career high.

The ball is in Strasburg's court — well, glove — now.

"You know it's going to be a storm out there. You're going to weather it," Strasburg told the Associated Press ahead of his start.

The last SDSU alumnus to appear in a World Series game was former outfielder Quintin Berry with the 2013 Boston Red Sox, according to Baseball-Reference.com. Also hailing from SDSU, Cleveland Indians outfielder Greg Allen played in the 2018 American League Division Series and former Red Sox pitcher Addison Reed took the mound during the 2017 ALDS.

Martinez and players will host a watch party for Strasburg's start at the Mission Valley's Oggi's Pizza and Brewhouse at 5 p.m. Wednesday.