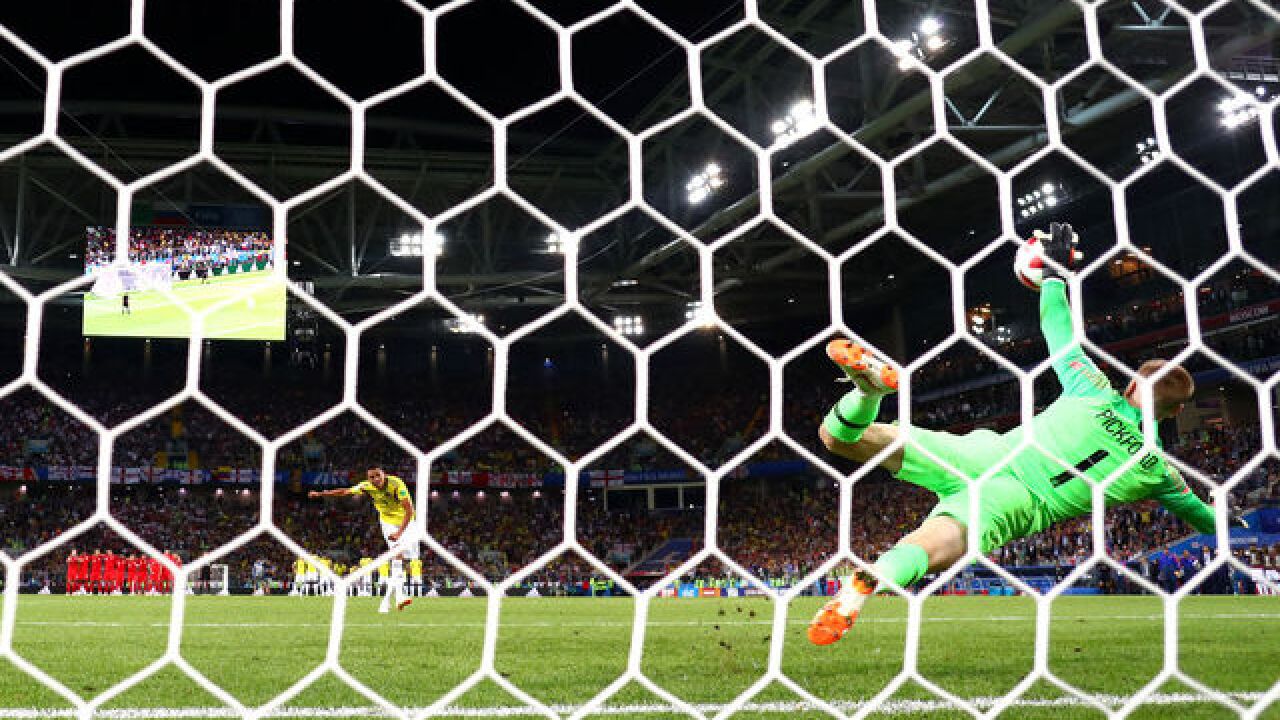 Copyright Getty Images
Clive Rose
<p>MOSCOW, RUSSIA - JULY 03: Jordan Pickford of England saves the fifth penalty from Carlos Bacca of Colombia in the penalty shoot out during the 2018 FIFA World Cup Russia Round of 16 match between Colombia and England at Spartak Stadium on July 3, 2018 in Moscow, Russia. (Photo by Clive Rose/Getty Images)</p>

MOSCOW (AP) — England ended its long run of penalty misery and reached the World Cup quarterfinals for the first time in 12 years, beating Colombia 4-3 in a shootout on Tuesday.

Eric Dier scored the decisive kick after a 1-1 draw.

England will play Sweden in the quarterfinals in Samara on Saturday. It is the furthest England has progressed in any tournament since the David Beckham era, when a golden generation of players exited the 2002 and 2006 World Cups in the last eight.

England took the lead in a scrappy match when Harry Kane scored from the penalty spot in the 57th minute. Yerry Mina headed in an equalizer in the third minute of stoppage time.

England trailed 3-2 in the shootout after Jordan Henderson's shot was saved, but Mateus Uribe hit the bar and goalkeeper Jordan Pickford then saved Carlos Bacca's kick.