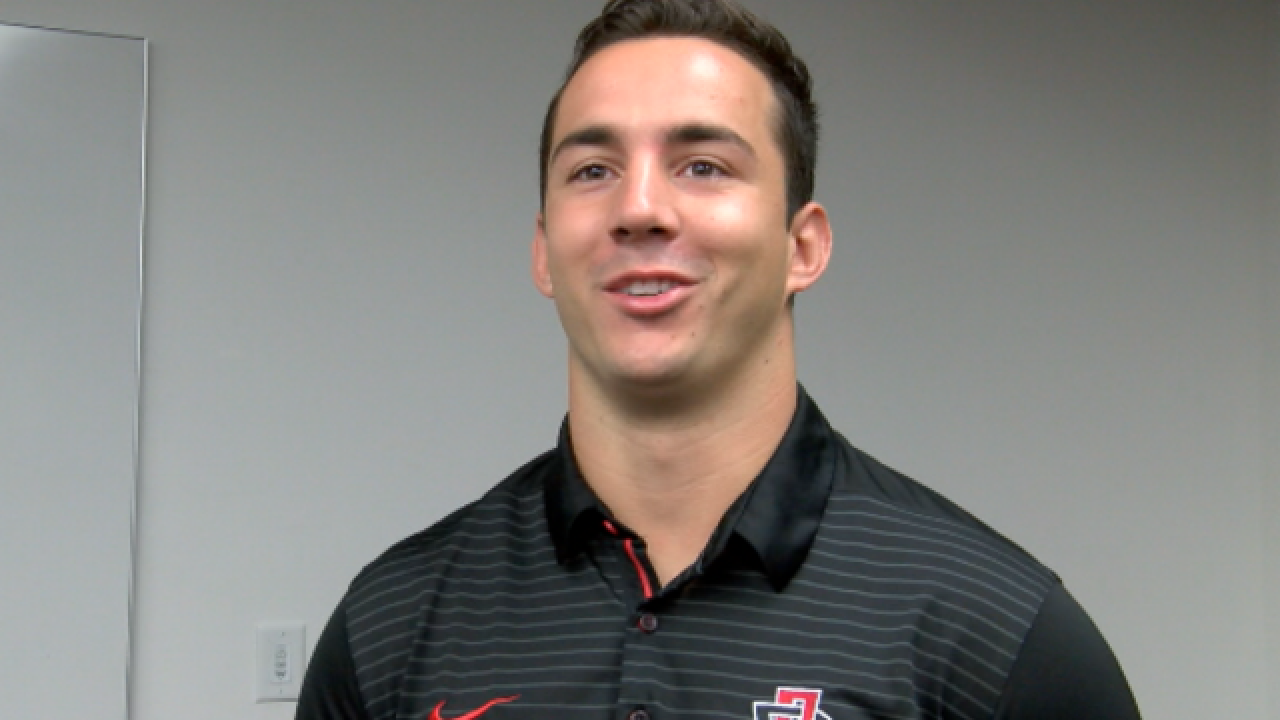 When you're the quarterback at a school known for record-setting running backs, it's going to happen.

"Good game manager" and "solid system quarterback" aren't exactly insults, but they're backhanded compliments at best. How does Chapman react when he hears those phrases?

None of them, though, sits at the top of the list of the one stat football coaches love the most -- wins.

Christian Chapman owns a 23-6 record as starting quarterback and needs just one more win to break a tie with Ryan Lindley for the school record.

To head coach Rocky Long, nothing could be more important.

"I don't think Christian Chapman gets the credit he deserves," Long argued at SDSU football media day. "I thought the criteria for being a great quarterback was how many games you win."

Never shy with an opinion, the coach didn't stop there.

"There's an argument that (Chapman) might be the best quarterback that ever played here and not one person has ever said that but me."

Maybe that's because Chapman's individual numbers aren't exactly eye-popping. In an era of 500-yard, 7 touchdown passing performances, the senior has never thrown for more than 283 yards in a single game.

When the Aztecs open training camp on Monday, Chapman will begin his fourth and final season under center. SDSU will be looking to reach a 9th straight bowl game, and shooting for a 4th straight season with 10 or more wins.

So go ahead and keep calling San Diego State a running back school; Chapman won't bat an eye.

"It doesn't bother me at all, as long as we're winning."