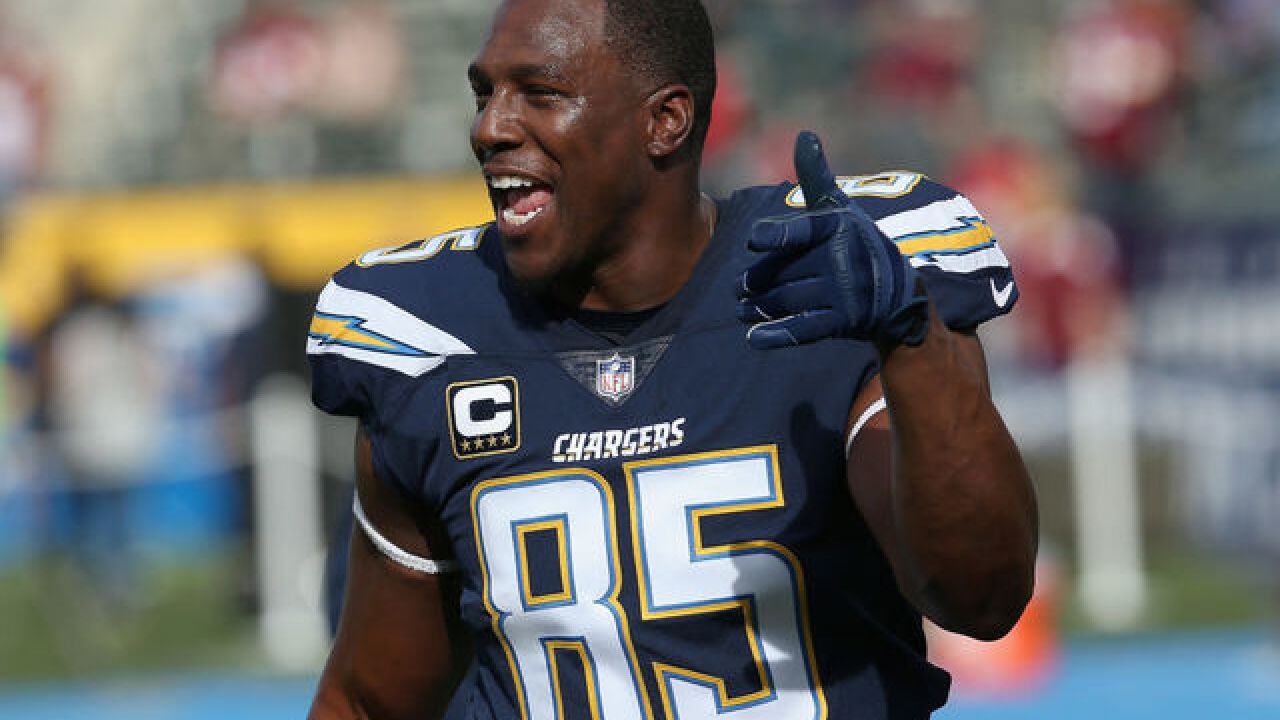 LOS ANGELES (KGTV) - It's an end of an era all over again for San Diegans who have retained their Chargers fandom.

Tight end Antonio Gates will not be returning to the team in 2018, according to multiple reports. The 8-time Pro Bowl selection had expressed wanting to return for another year to play at the end of last season, according to ESPN.com's Adam Schefter.

Despite his accolades, Gates hit lows during the 2017 season. He was targeted only 52 times, completing 30 receptions for 316 yards. The 37-year-old future Hall of Famer had not been targeted like that since his rookie year in 2003.

It's not clear if Gates would seek out another team for next season.

Should Gates walk away from the NFL entirely, he certainly would not walk away without his share of accomplishments.

He's the Chargers' all-time leader in receptions (927), receiving yards (11,508), and touchdowns (114). His touchdowns are also the NFL's highest by a tight end, 87 of which he connected with quarterback Philip Rivers.

Gates was picked up as an undrafted free agent in 2003 by the Chargers out of Kent State.