Thousands of people in California are facing collection lawsuits 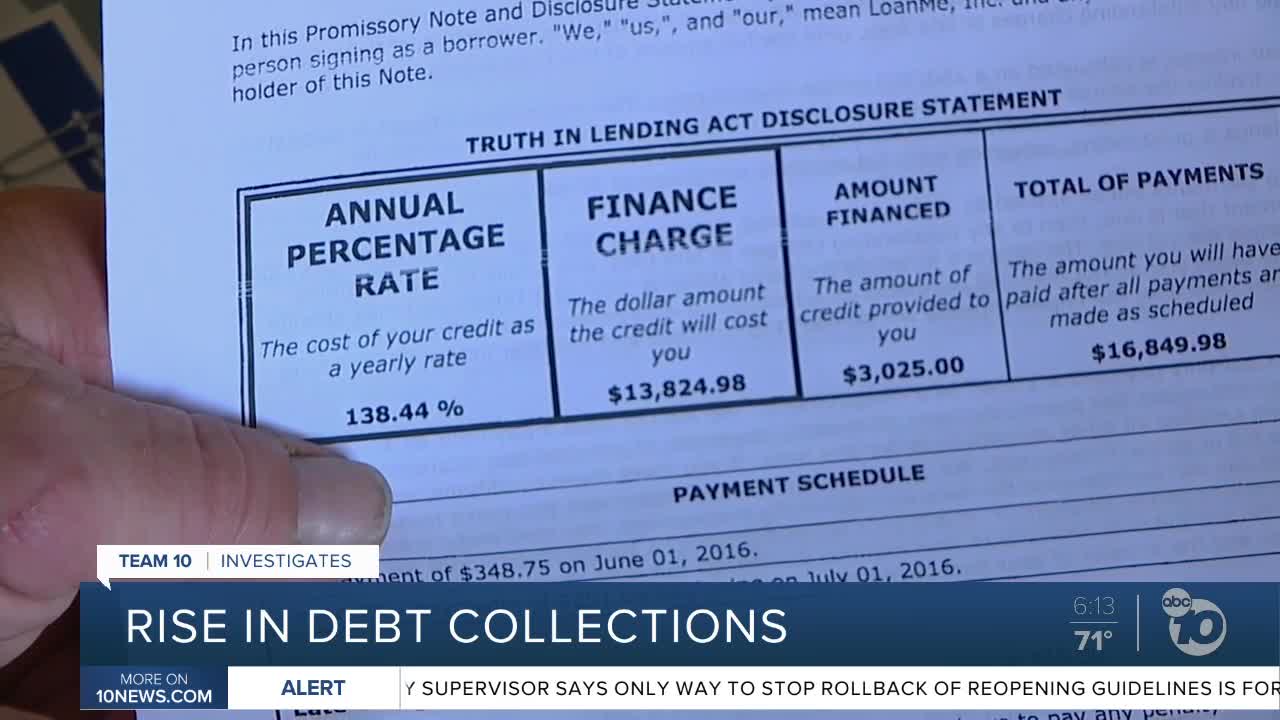 Tens of thousands of people in California are being sued for not paying their credit card bills and other types of loan payments. The lawsuits are what's known as rule 3.740 collection cases. 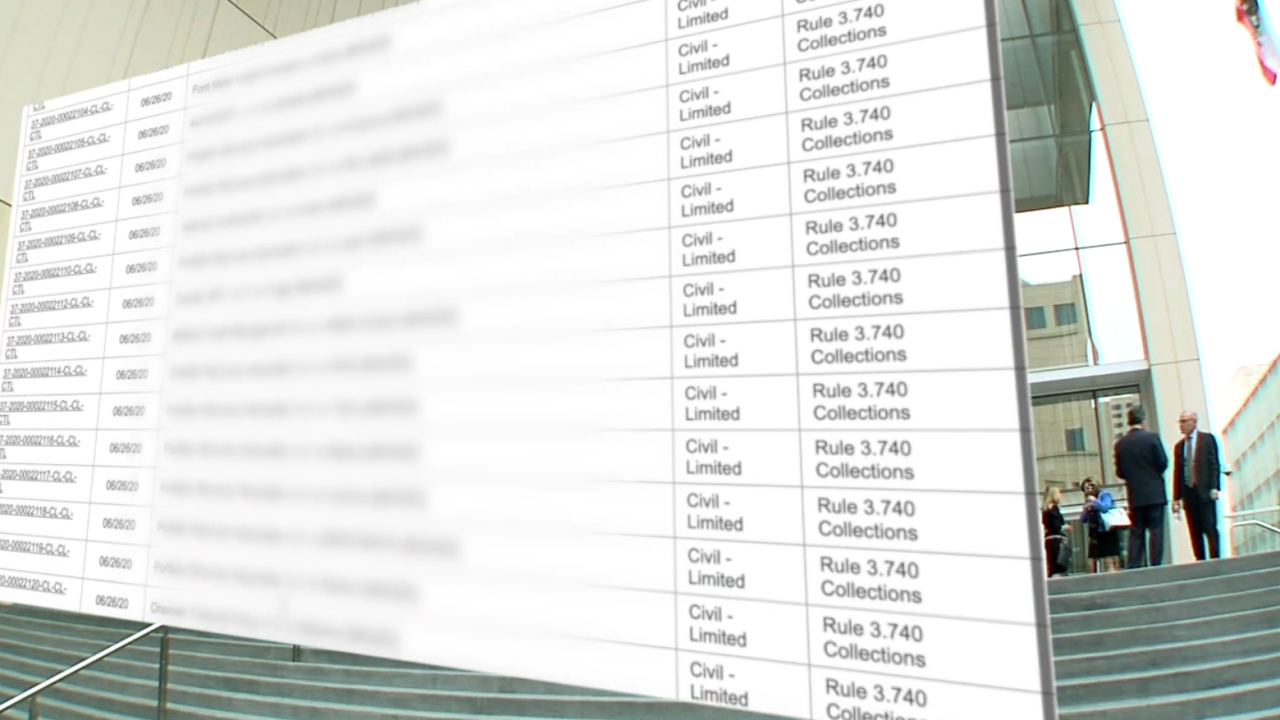 What to keep in mind with credit card bill payments (READ)
Tips on handling your credit cards amid virus outbreak (READ)
Help available for renters, homeowners struggling to pay for housing during pandemic (READ)
3 ways credit cards can help you ride out a crisis (READ)

SAN DIEGO (KGTV) -- Tens of thousands of people in California are being sued for not paying their credit card bills and other types of loan payments. The lawsuits are what's known as rule 3.740 collection cases.

"A lot of worrying after that, like oh my god, what am I going to do," said Chris Madden. "Stressed out now and just didn't need it."

In February, Madden was served with a lawsuit from a debt collection company.

During an interview with 10 News that month Madden said he needed to borrow money a few years ago to keep his car. He turned to a lender that could get him money quickly.

"I figured it was going to be a high-interest rate, like 22% or something," he said. "I started making the payments on it, and then I found out more about it."

"They were threatening to take any assets that I have, garnish my wages," Madden said.

Madden said he stopped paying. He's being sued by a debt buyer under what's known as a rule 3.740 collections case.

According to the 2020 California Rules of Court, "Collections case" means an action for recovery of money owed in a sum stated to be certain that is not more than $25,000, exclusive of interest and attorney fees, arising from a transaction in which property, services, or money was acquired on credit."

"If you look not just in the county of San Diego, throughout the state of California, and in fact the dockets throughout the nation, we have a massive epidemic right now," said attorney Abbas Kazerounian.

Kazerounian is a consumer attorney with expertise in credit card defense and fair debt collection practices.

"Essentially, paper-pushing is what's happening," he said. "They (collection company) are relying on over a 99% default rate."

Kazerounian said the most common reason for a lawsuit is unpaid credit card debt.

Breaking down the process, he explained that when someone defaults and the company is unable to collect what is owed, they'll file a lawsuit in some cases.

If the company prevails and the court issues a judgment, it's good for 10 years. Kazerounian said the borrower will still be on the hook for whatever was owed and have to pay interest on the judgment.

The Association of Credit and Collection Professionals (ACA International) said consumer debt collection is a highly regulated industry, and consumers have rights and protections.

In a statement to Team 10, CEO Mark Neeb wrote in part, "ACA International members work with consumers to help them understand their options, and to empower them with choices about how to resolve outstanding legal obligations. The ability to have two-way communication is key for resolving financial matters. Litigation is one tool for creditors to recover legally owed debts and often is the last resort if all other efforts to have a dialogue about working out a payment plan are exhausted."

Kazerounian said with the COVID-19 pandemic, he worries about people racking up debt they won't be able to pay back. He urged people who get sued for this not to ignore it, and instead call an attorney. He said an attorney will look at the case for free.

"When the moratoriums and the COVID-19 period have ended, you're going to see a massive wave in aggressive debt collection practices," said Kazerounian.

A new survey from CreditCards.com found that nearly half of U.S. adults (47%) currently have credit card debt.

The survey found, "Millennial credit card holders have been hit the hardest – 34% said they went more deeply into debt because of the pandemic, compared to 23% of Gen Xers and 15% of baby boomers."

"We also have data from the Fed (Federal Reserve Board) that shows that in both march and April there were sizeable drops in outstanding credit card debt," said Ted CreditCards.com industry analyst Ted Rossman. "March was down 28 percent on an annualized basis, and April was down a whopping 58 percent annualized. "

According to the survey results, Almost half of debtors are currently stressed about their credit card debt (45%), and out of those, 15% said they're "very" stressed.

According to a household debt report from the Federal Reserve Bank of New York, "credit card balances declined by a larger-than-expected degree, based on seasonal patterns, but it is too soon to confidently assess any connection between this decline and the coronavirus outbreak."