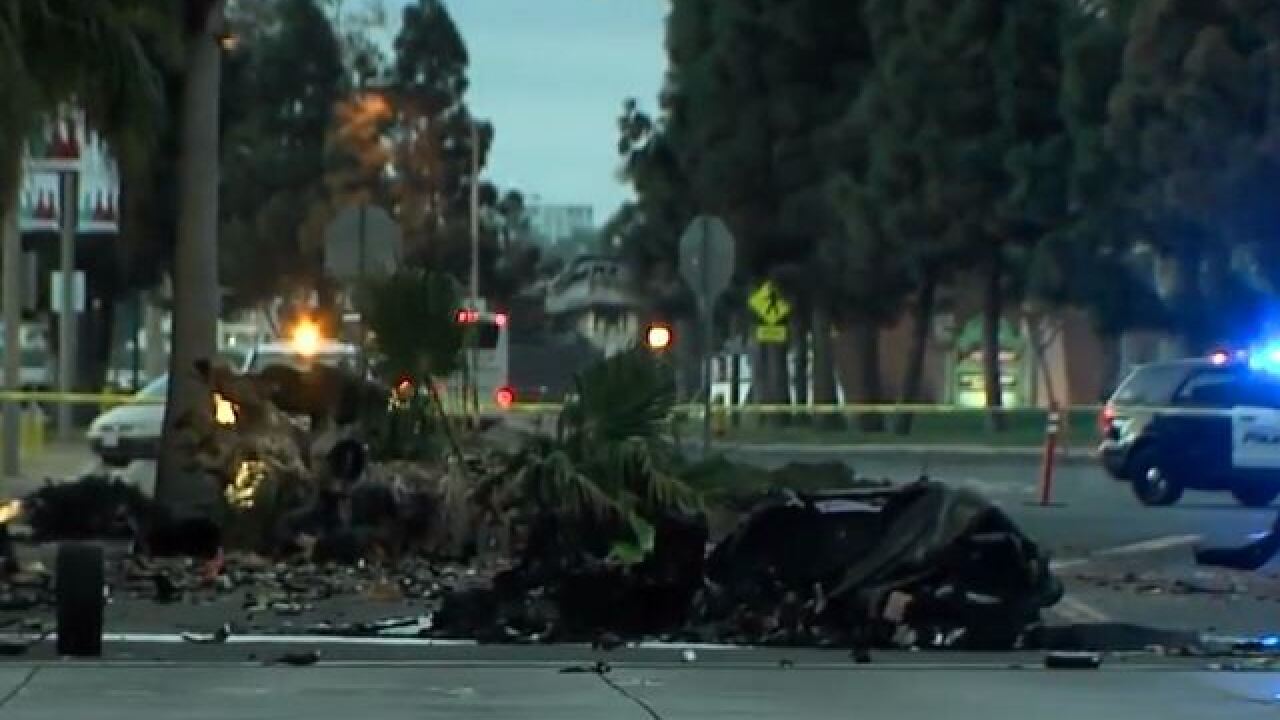 SAN DIEGO (KGTV) - A woman involved in a Lamborghini crash this week has died, the San Diego Medical Examiner (ME) confirmed Wednesday.

Stephanie Rivera, 26, was ejected from the crash on North Harbor Drive and Broadway just after 2 a.m. Sunday, Nov. 5 after the driver, identified as 33-year-old Michael Llamas, lost control of the exotic vehicle at a high rate of speed, police said earlier this week.

Llamas struck a curb, palm tree, and ornamental anchor before the vehicle became engulfed in flames, the ME said. The luxury car, described as a 2016 green Lamborghini, was unrecognizable by the time authorities arrived on the scene, police said.

Rivera, who resides in Mexico, was transported to UCSD Medical Center following the wreck. She died Tuesday night, according to the ME.

Llamas was pronounced dead at the scene.