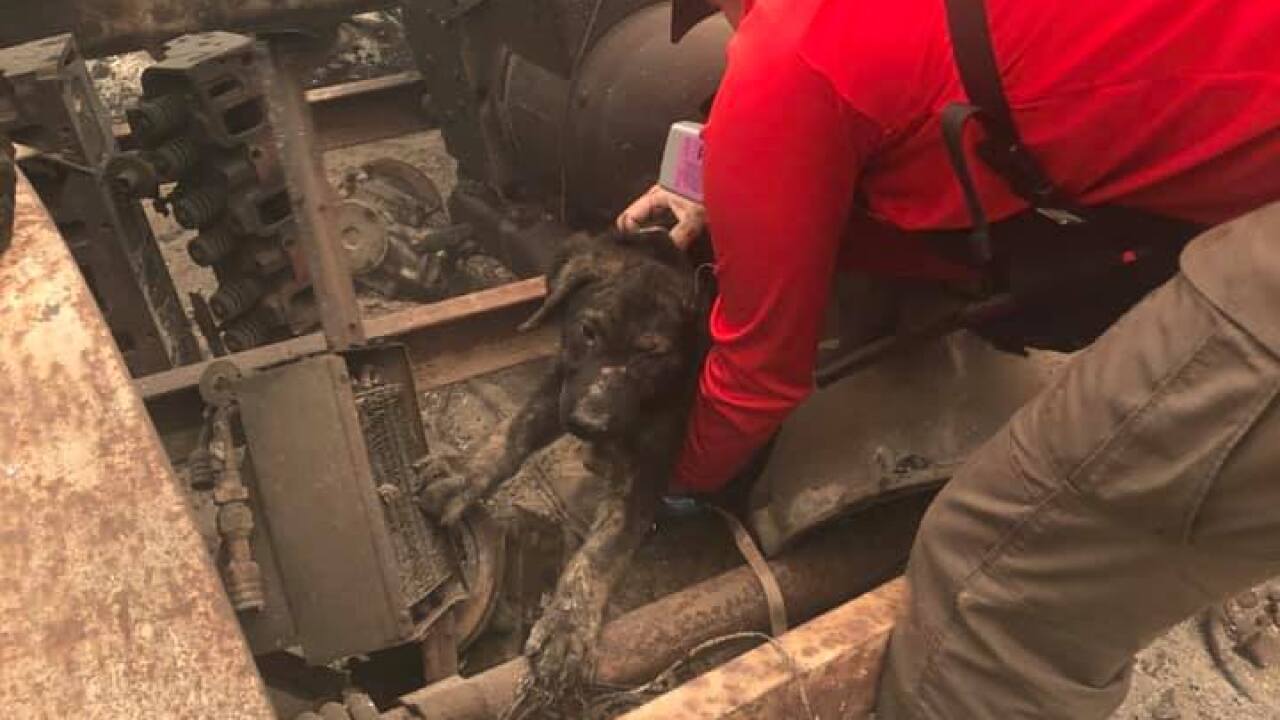 Butte County Sheriff's Office
A puppy is pulled from the smoldering rubble left behind by the North Complex Fire in Berry Creek, Calif., on Friday, Sept. 11, 2020. 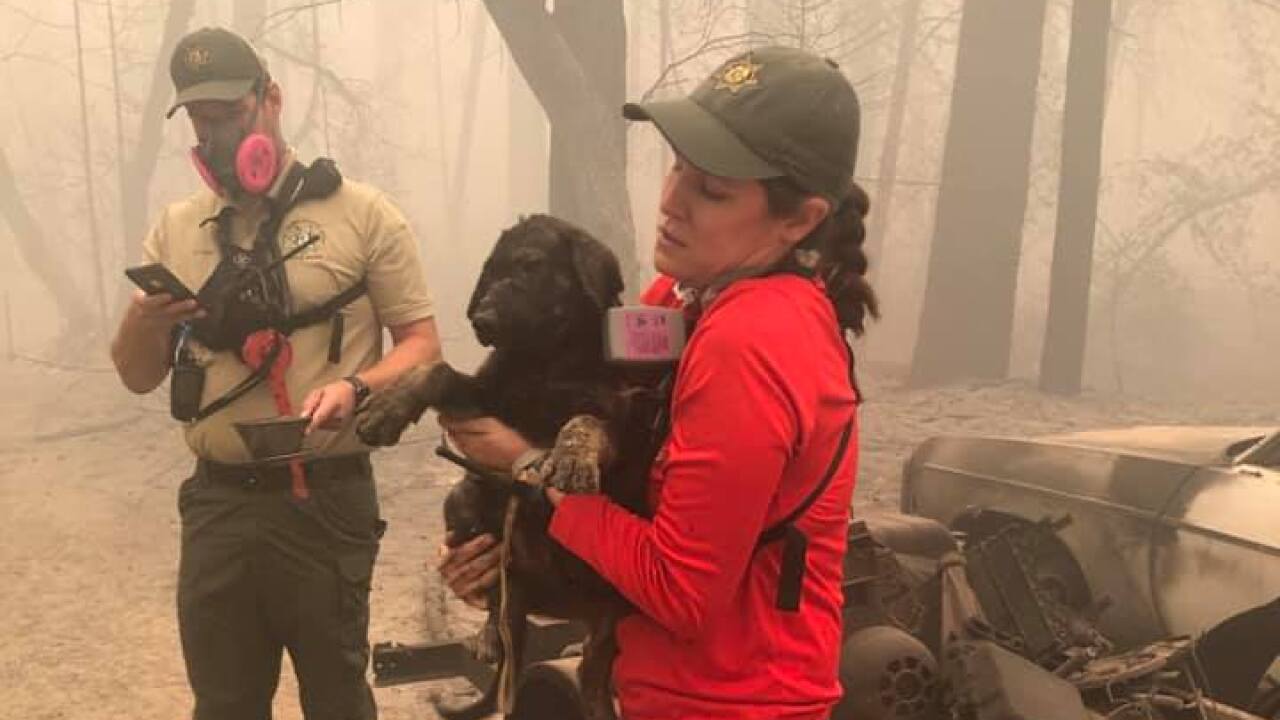 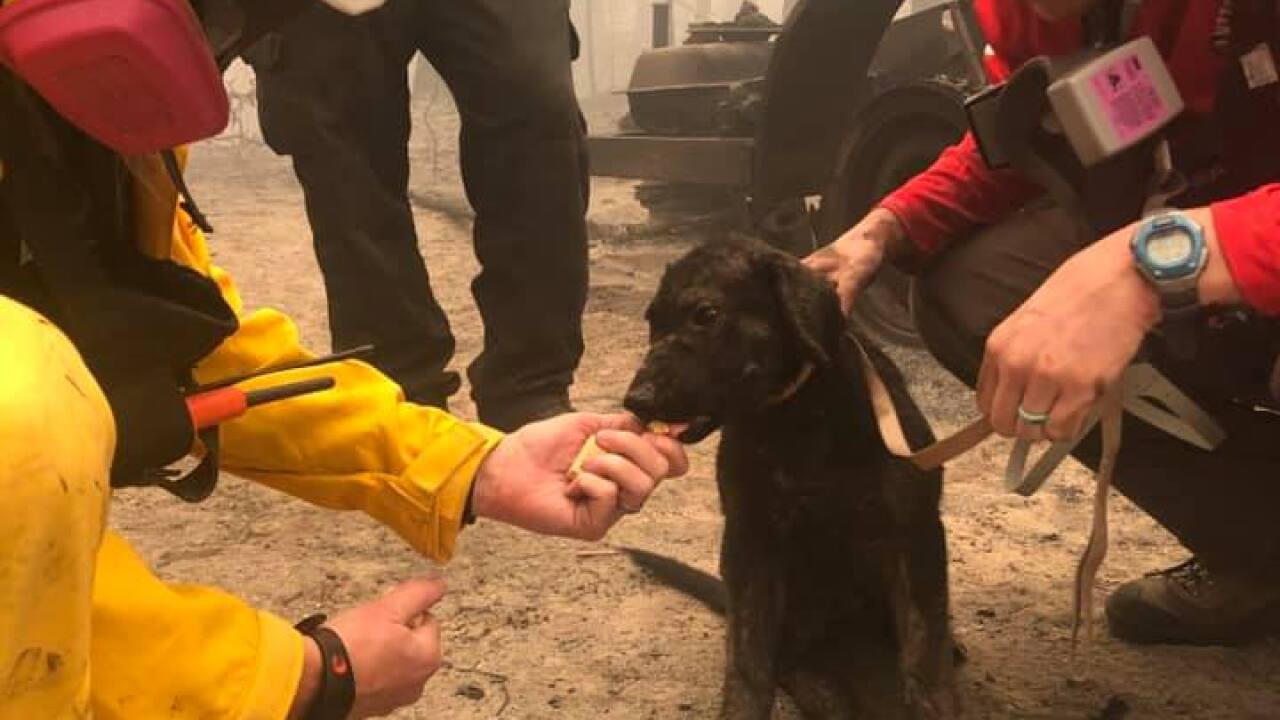 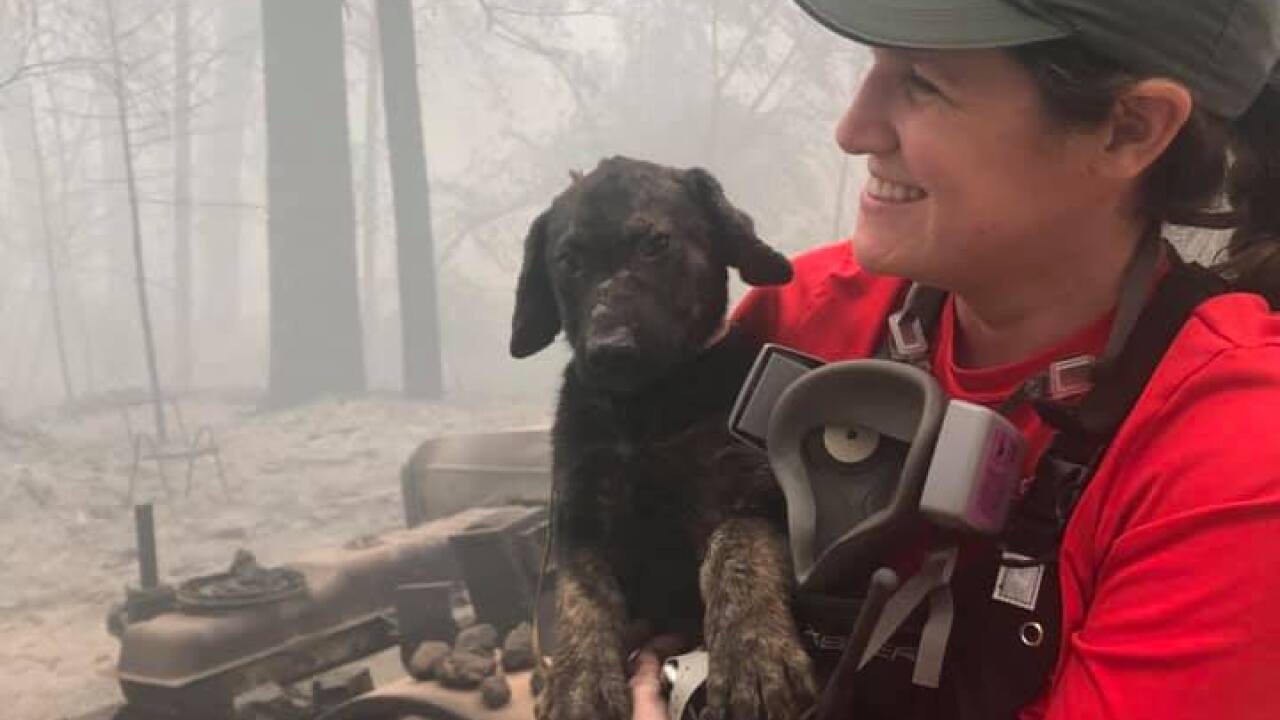 (KGTV) — While the North Complex Fire has left hundreds of thousands of acres charred, first responders found a sign of hope buried beneath the rubble last week.

Butte County Sheriff's Office deputies and search and rescue personnel were sifting through the rubble of properties in the Berry Creek area on Friday, Sept. 11, when they made the unexpected and miraculous discovery.

A puppy was discovered underneath blackened and charred remains of a property, according to the department. The puppy had some minor burns and was taken to Valley Oak Veterinary Center in Chico for treatment.

BCSO says that the property owner reportedly had several dogs and was not able to locate the one that was left behind before evacuating in time.

Deputies decided it was only appropriate to name the dog "Trooper" after finding it alive.

A social media post by the department was filled with gratitude and heartwarming messages, as Northern California has seen the North Complex Fire burn 258,802 acres through Butte and Plumas counties since Aug. 18. The fire has killed 12 people.