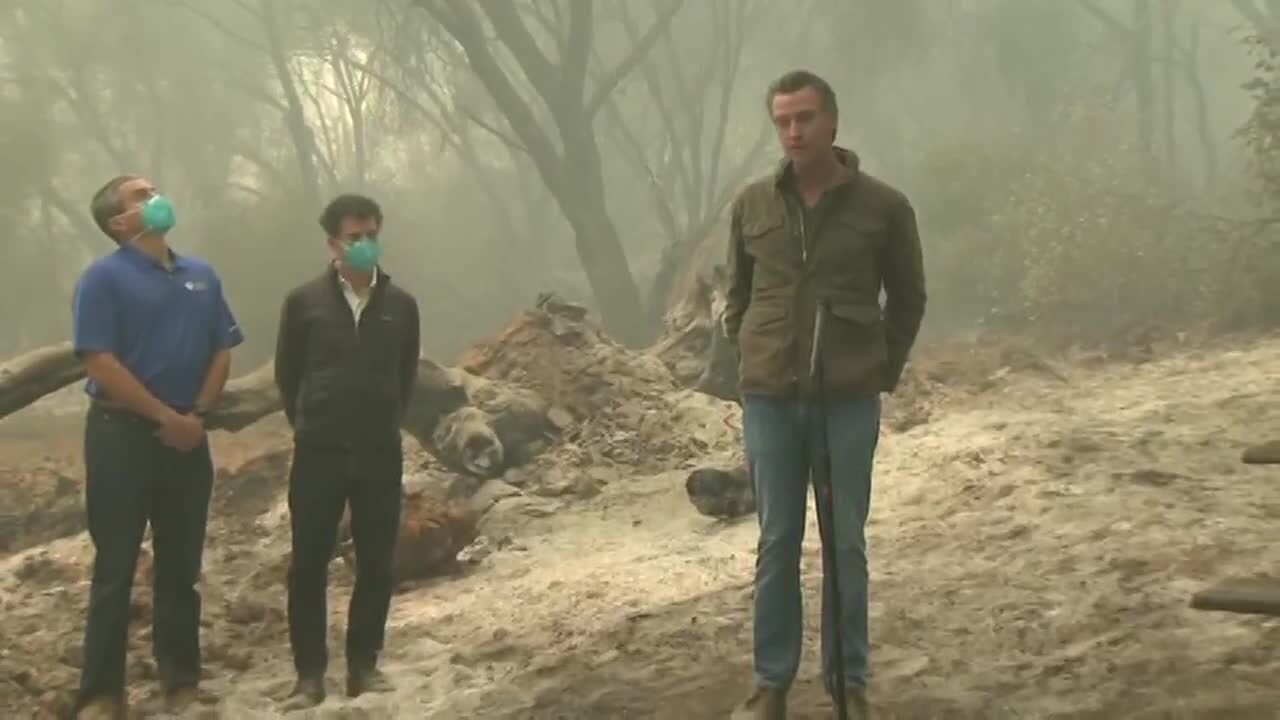 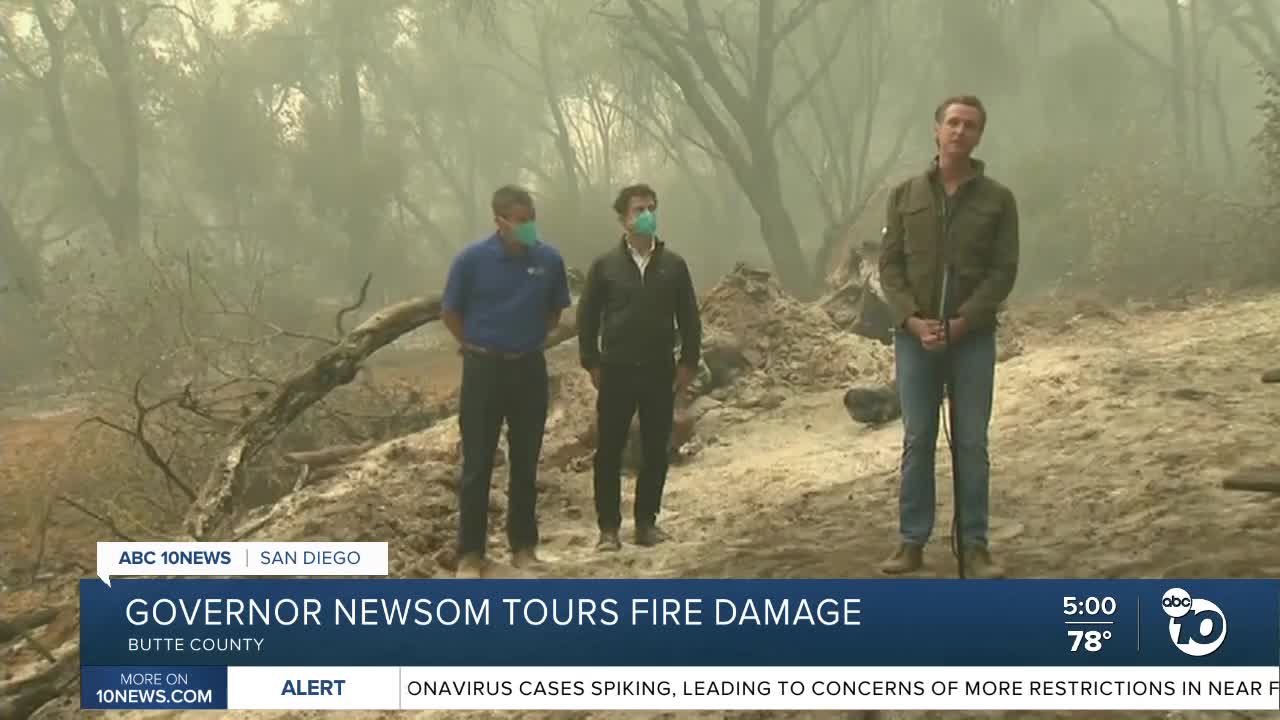 SAN DIEGO (KGTV) — Speaking from the charred landscape ravaged by one of California's largest current wildfires, Gov. Gavin Newsom strongly asserted that more has to be done to battle the "climate emergency."

Newsom toured the devastation at a park in Oroville, Calif., that was burned by the North Complex fire. Since the fire began on Aug. 18, the fire has burned 252,534 acres through Plumas, Butte, and Yuba counties and is 23% contained.

It's one of 28 major wildfires burning across California, according to CAL FIRE.

During his tour, the governor shot back at the debate over climate change and pledge to continue the state's efforts at lower carbon emissions. Newsom cited August being the state's hottest month in state history and annual drought conditions throughout the state.

"I'm a little exhausted that we have to continue to debate this issue. This is a climate, damn, emergency. This is real. And it's happening," Newsom said on Friday. "This is the perfect storm. It is happening in unprecedented ways. Year in and year out.

"And you can exhaust yourself with your ideological 'BS' by saying, 'well, 100 years ago, we should've done this or that.' All that may be true. And I'm not going to suggest for a second that the forest management practices in the state of California over a century-plus have been ideal. But that's one point. But it's not 'the' point."

Newsom said the current "mega-fires" are fueled by "mega-droughts" that have impacted the state.

"There's something else going on, not just bad practices over the last century related to forestry," Newsom said.

Friday, Newsom signed AB2147 into law, which will allow inmates from the state's inmate firefighter program to become firefighters after completing their prison time.

CAL FIRE trains minimum-security prison inmates who volunteer to perform the same work as their crews. Volunteer inmates also perform conservation and community service projects while not fighting fires, according to CAL FIRE.

According to the Associated Press, inmates are paid $1 per hour while on the frontlines and $2 per day when they're not on duty. Inmates normally have their sentences reduces while participating in the program, the AP says.

Previously, volunteer inmates were not eligible to become firefighters after serving time.