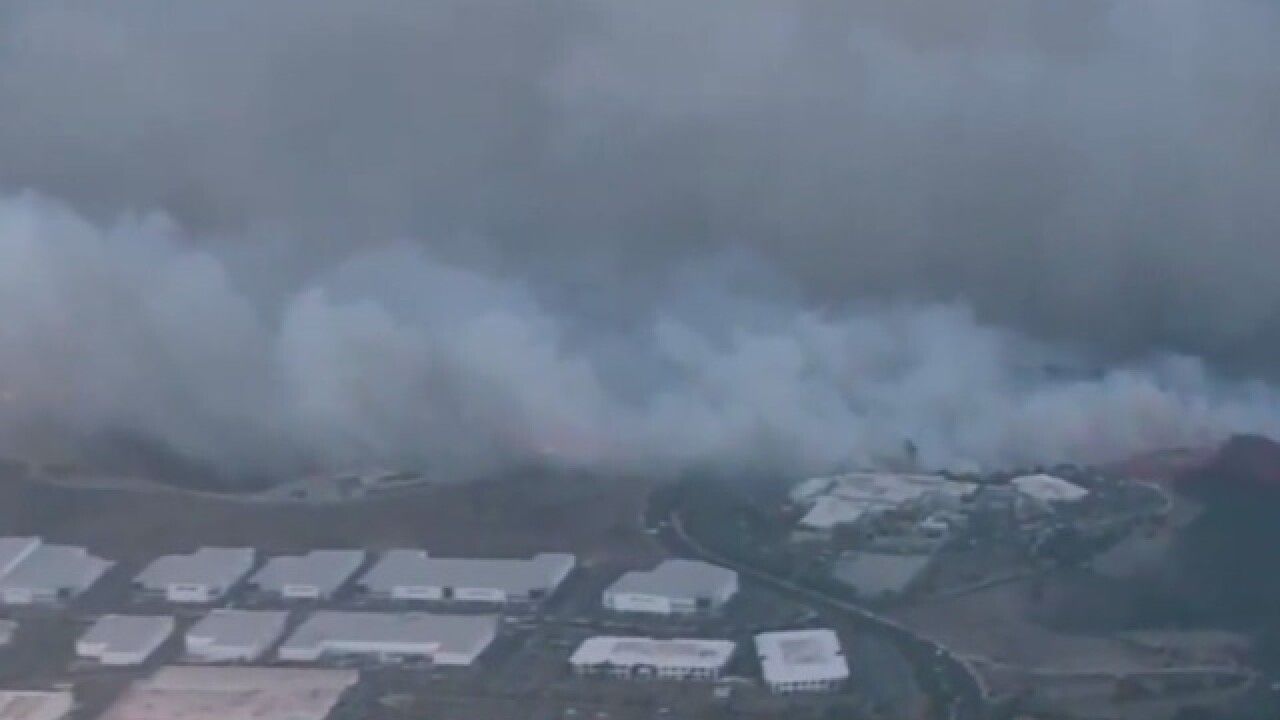 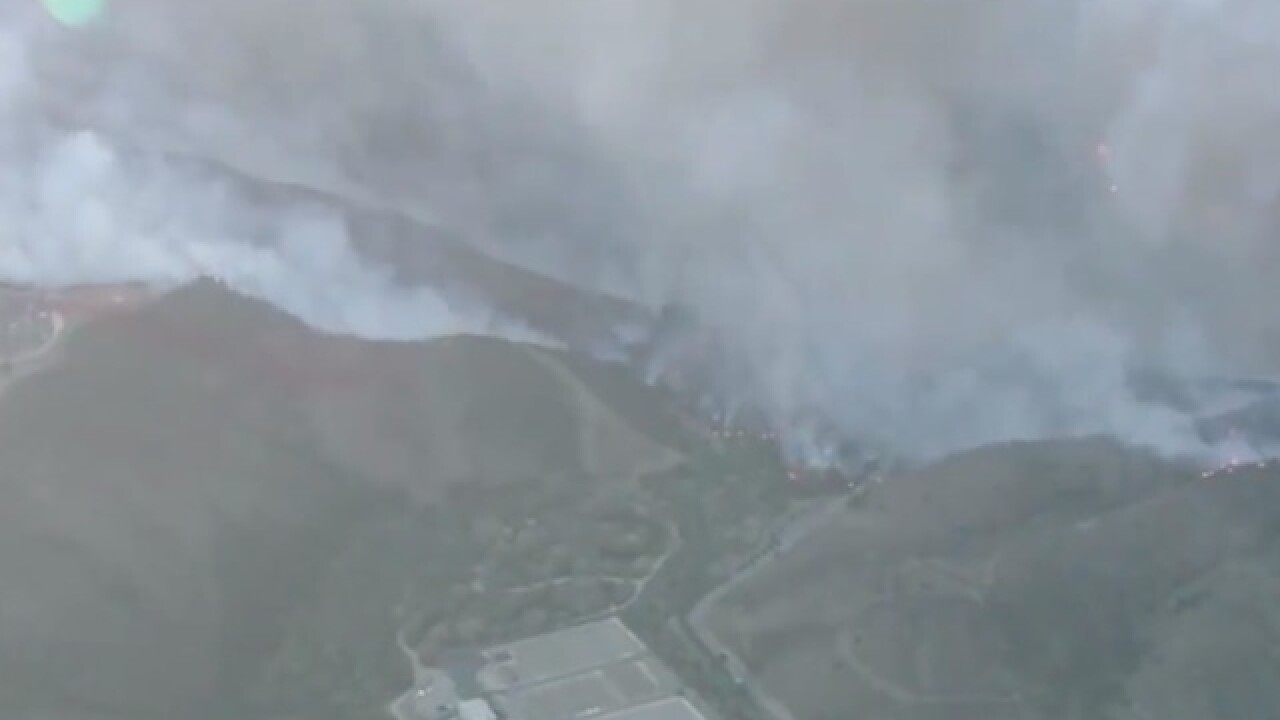 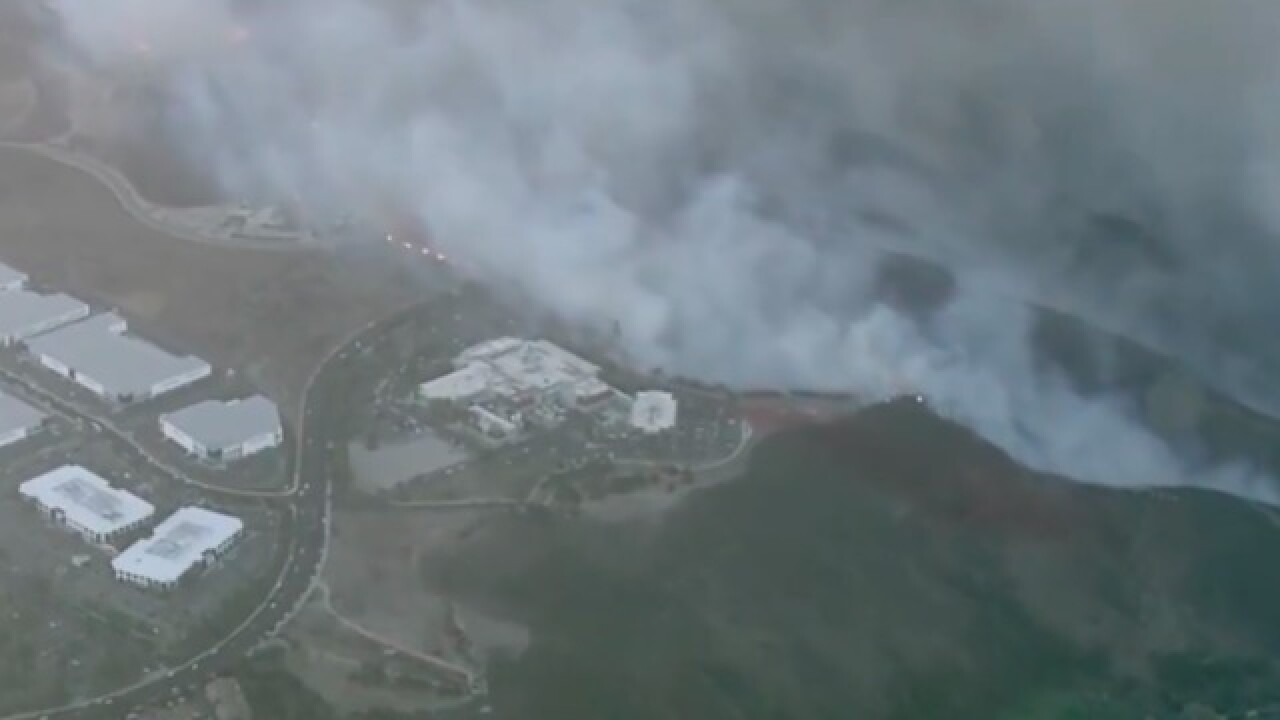 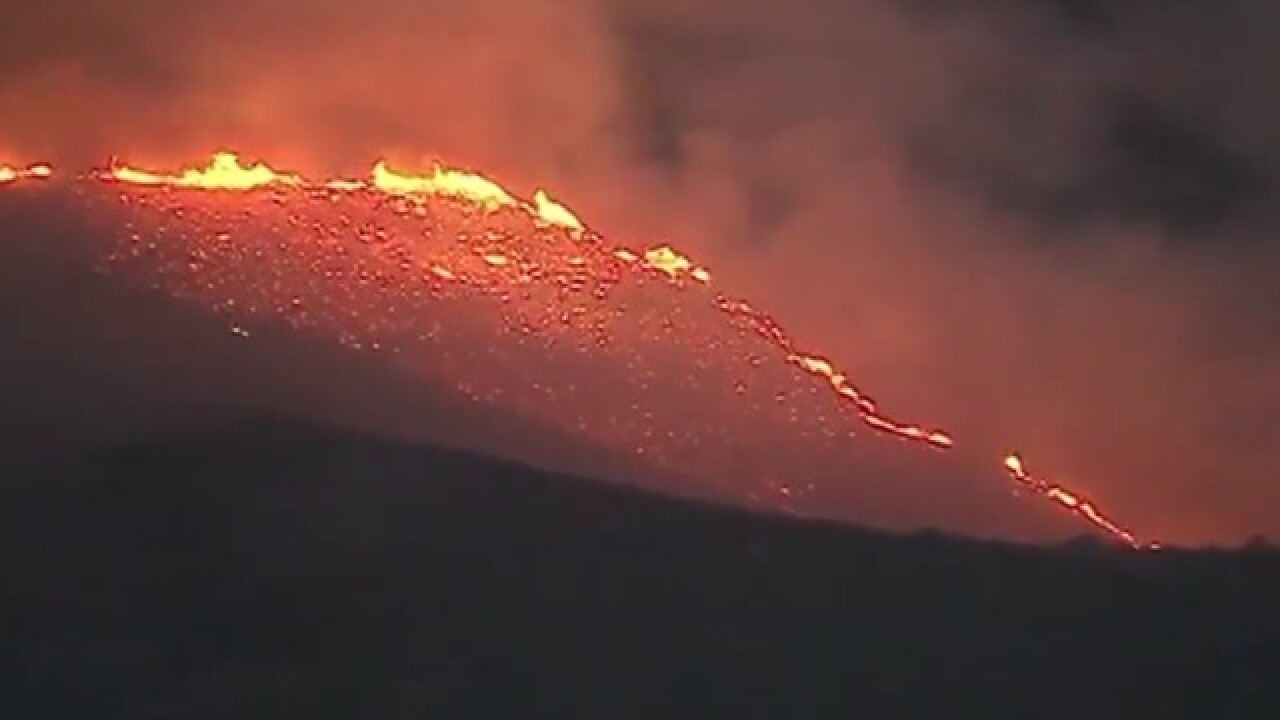 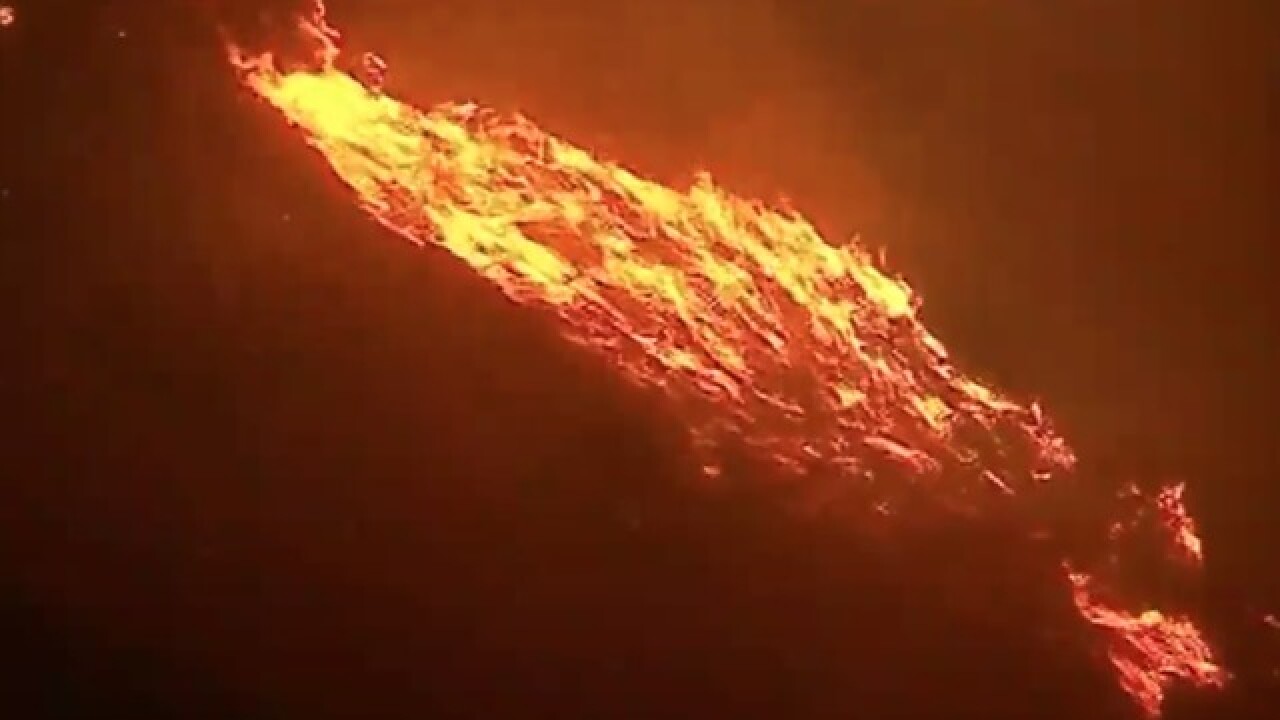 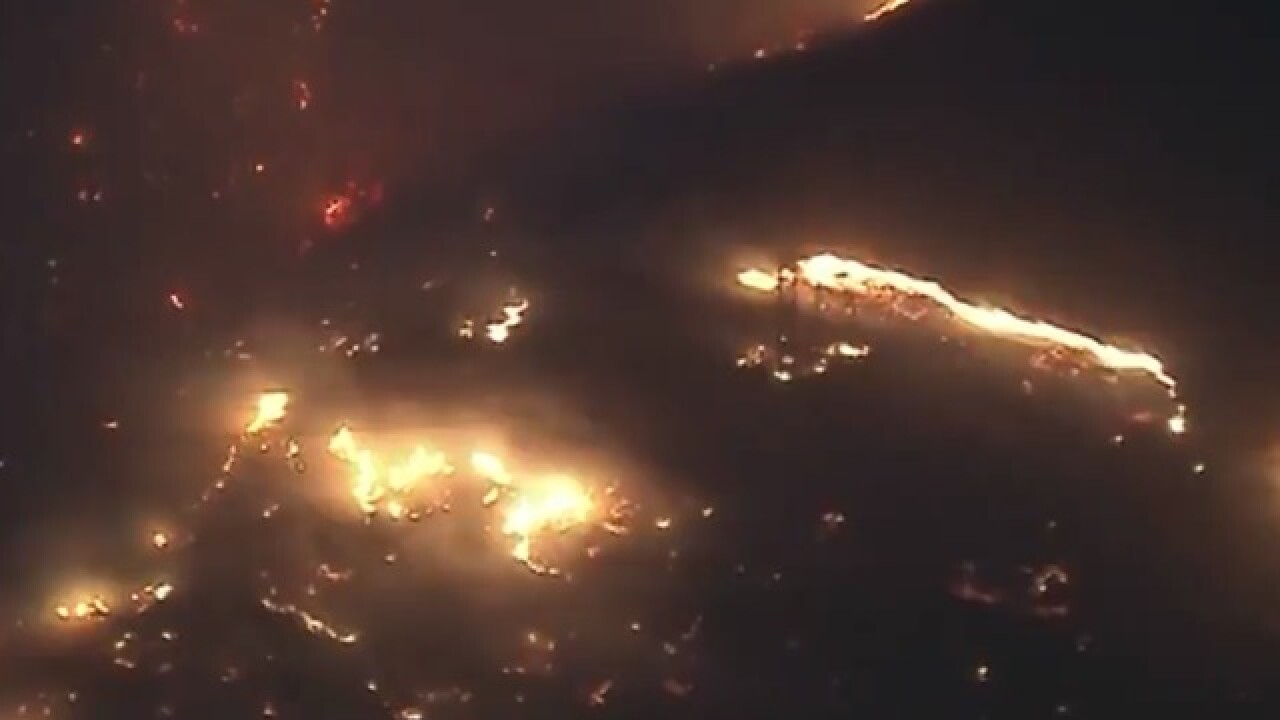 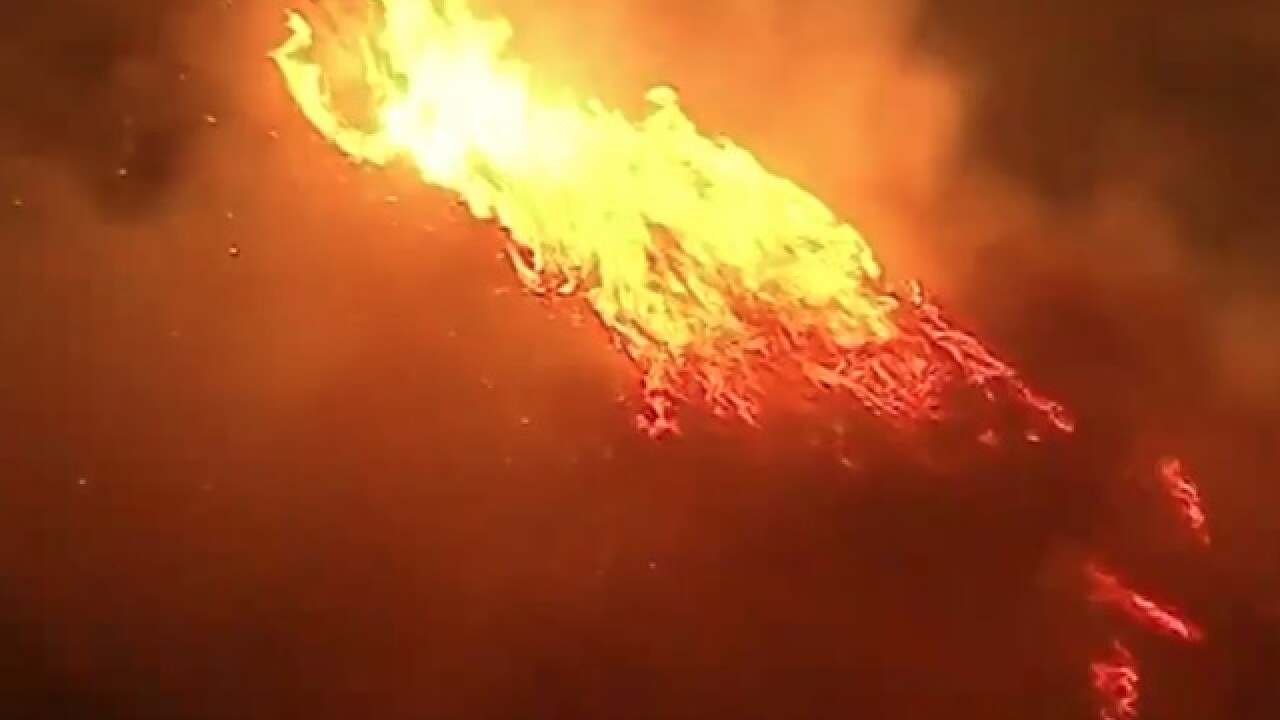 NEWBURY PARK (KGTV) -- A wind-driven brush fire has erupted in Southern California, burning near structures in the Newbury Park area of Ventura County.

Cal Fire says the Hill Fire has quickly grown to 5,000 to 7,000 acres, shutting down both directions of Highway 101, as of 4 p.m. More than 160 firefighters have been dispatched, and eight air tankers have been ordered.

At a Thursday night news conference, Ventura County fire officials said they expect the blaze to burn all the way to the Pacific Ocean. Should winds pick up, the blaze could reach the ocean by Friday morning.

According to firefighters, the fuel burning hasn't seen a wildfire in a long time, adding to the intensity of the fire.

One firefighter did receive minor injuries fighting the blaze. The nature of the injury wasn't specified.

The Hill Fire is about 5 miles from the site of a shooting Wednesday night at a bar in Thousand Oaks, California, in which 12 people were killed.

It's the second brush fire in the area as another fire, dubbed the Woolsey Fire, had burned about 300 acres to the east in the Bell Canyon area as of 4 p.m.

Gusty Santa Ana winds are blowing through Ventura and neighboring Los Angeles counties at about 25-30 miles per hour. Wind speeds are set to peak Friday morning.

The fire's spread has prompted evacuations to the following areas:

Road closures are in place as well:

Watch video of the fire in the players below: